Here’s one thing a lot of people may not know about me, partially because this is my first time saying it.

At 28, I’ve long since accepted the fact I will never make anybody’s first team All-NBA. I suck at video games, so even that’s out of the question. But it is on my bucket list to be one of those guys who do the trampoline dunks in between timeouts.

My flush of choice? Just a textbook 720, between-the-legs, double pump. Funny thing is, it would take a finish similar to that to top the stunt from a young man named Nick Corrales from three years ago when the Phoenix Suns and the Los Angeles Clippers squared off for a regular season contest. This is by far the greatest thing someone from the “Sol Patrol” have ever done in life.

God bless the padding there to break the fall, too. Memories of Joe Johnson breaking his face as a Phoenix Sun way back when still haunt me. Now, prepare to enjoy the wizardry that’s about to take place. 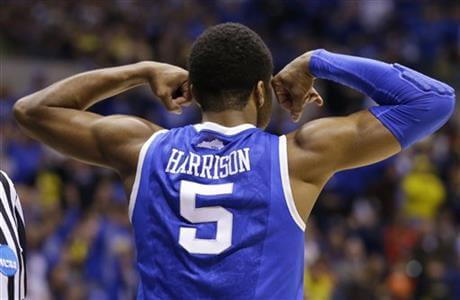 Basketball Starting Lineups: On Kentucky, UConn And The Fight…