If there is one thing that following sports teams in the biggest cities constantly reminds you of, it’s that irrationality is a defining trait of their fan bases. The most persistently toxic idea of all is the belief that certain players have to have thick skin to play in certain markets because of the heavy demands of its fans and vulture-like media corps. It’s toxic because this always assumes that the team has been a worthy contender throughout the years.

Fellow New York Knicks fans know damn well that hasn’t been true. Despite the patience that has been exhibited from fans away from the ESPN and Turner cameras or the carny show of Twitter, there was nothing more angering and disappointing than seeing the crowd turn the NBA Draft into its sporting version of Two Minutes of Hate from George Orwell’s 1984.

This pillorying of Phil Jackson and the Knicks’ first top-five pick in nearly thirty years, Kristops Porzingis, has been remarkable in its sheer absurdity.

Now, the disappointment in not getting one of the three most talked-about college players to fall to #4 is completely understandable. Karl-Anthony Towns could be a great fit in Minnesota alongside Andrew Wiggins and Zach LaVine while D’Angelo Russell was just what the doctor ordered for the Los Angeles Lakers. And that the Philadelphia 76ers bought themselves another insurance policy with Jahlil Okafor is one of those things that doesn’t make sense, yet does make sense. (You know what that means.)

Yet, to watch those Knicks fans lose their minds (again) was one of the most pathetic displays of fandom I’ve ever seen in a city that has an unfortunate history of incredibly pathetic displays of fandom. The idiotic Jets fans of yesteryear have been reborn into angry fools playing up their displeasure just a little more for the cameras. Yep, even the “crying kid” that made sure to check his phone while he became social media famous.

Let me guess, because DIS IS NOO YAWK, right?

The sudden xenophobia was as thick as it was outdated as though there are legit concerns, we love our European player stereotypes. However, in fairness, cooler heads eventually prevailed for plenty of the team’s fans when they reminded themselves of how bad Draft Night truly used to be around here.

It helped that the Knicks made a forward-thinking deal – incredible how that happens – to net a second first-round pick without sacrificing very much by flipping the maddening Tim Hardaway Jr. for Notre Dame point guard Jerian Grant. For all the talk about another unknown prospect, Emmanuel Mudiay (who may be good for Denver), the steady-handed Grant could provide ball movement and defense, which is what the team needs to run any offense, including the Triangle.

Speaking of the Triangle, last fall during one of the season previews, TNT analyst and former NBA star Chris Webber made a point about the offensive system that is overlooked. Referring to his experience playing against the Lakers’ iteration of the system in his days with the Sacramento Kings, he said that Jackson didn’t use the Triangle for all four quarters. Instead, knowing that late in the game, opponents would have to pick their poison between Kobe Bryant and Shaquille O’Neal, the Lakers would feed the hot hand in crunch time en route to victory.

And when you look back on those playoff games and series during the Lakers’ title runs in the early 2000s, that’s exactly what would happen. At the start of the dynasty, motivated O’Neal handled his business down low, opening up the perimeter for shooters and providing room. And when Bryant matured, the evolution of the most dominant two-man game of the last two decades was complete, making those shooters even more dangerous. Rick Fox, Derek Fisher and Robert Horry – yes, the same Horry who lacks fond memories of his Lakers years – did alright for themselves.

Even if you go further back a few more years in a different NBA, you can see a similar foundation with the Chicago Bulls. Whether we were talking about the six championships or the still-successful-without-MJ teams during Michael Jordan’s first retirement, the Bulls did just about the same thing. Late in the game, everyone on the court got the hell out of Jordan’s way, which more often than not led to someone else killing the defense. Say hello to Toni Kukoc, John Paxson, Steve Kerr and Craig Hodges.

(By the way, during ESPN’s coverage, former #2 overall pick Jay Williams said that the offense was hard for him and Jalen Rose to thrive in. Considering the personnel on that 2002-03 Bulls roster, it’s safe to say that any NBA offense was hard. Shade thrown.)

The problem with the Triangle with New York last year was that with a rookie head coach in the previously mentioned Fisher, an injured star in Carmelo Anthony and a roster purging itself of the past sins by former regimes, there was a steep learning curve for what was essentially a NBA D-League roster of players just trying to prove they belong in the Association. The personnel wasn’t the ideal fit, especially with players like now-former Knicks Hardaway Jr. and J.R. Smith showing the patience of toddlers before naptime when it came to finding the best shot on the floor. While the season provided a spark into a few gems like Langston Galloway and Lance Thomas, any system is still a work in progress when a young journeyman like Alexey Shved instantly becomes the best offensive option upon joining a team.

Knicks fans by and large knew that rebuilding wasn’t going to be easy, but there was a dedicated plan that hadn’t been in place before. Like the city itself, the Knicks were rebuilt over a shoddy and crumbling foundation time and time again. In thinking about the short term, the team sacrificed its future so often that we were conditioned to expect changes every six months.

In expressing his vision of rebuilding the team organically – through the draft and cap space beyond two seasons – Jackson only told us what we already knew when he said the wait-for-a-superstar plan hasn’t worked in four decades.

While a work in progress, Porzingis doesn’t evoke memories of Frederic Weis or Nikoloz Tskitishvili. Those players were picked because they were the Knicks’ attempts to get down with the NBA’s Euro wave while trying to wheel and deal into relevance, whereas Porzingis fits a long-term vision for a franchise that’s building stability for several seasons. His apparent commitment and passion for basketball won’t turn him into a kickboxer like Darko Milicic. Comparisons to the Gasol brothers may be premature, but no matter who was selected at #4, the player was going to be prematurely compared to just about any top caliber NBA player.

The idea that the New York Knicks can make long-term decisions while making smarter decisions about the present is something much more foreign to us than the last address of Kristaps Porzingis. That the Knicks were able to even make a play for another first-round pick in Jerian Grant – a point guard that may play immediately – tells you how much of a different world the franchise exists in today. Where there is still a huge element of the unknown with any draft pick, for the first time in forever, the Knicks didn’t make a move for the sake of winning the back pages of terrible tabloids or appeasing the masses into a mirage of tomorrow.

Phil Jackson hasn’t shifted from playing the long game. Perhaps those Knicks fans who lost their minds last night should remember to play it as well.

Related: The Exchange (NBA Draft Podcast) – The Future Is Now… Or November, Actually

The Problem In Criticizing Phil Jackson For Drafting Kristops Porzingis 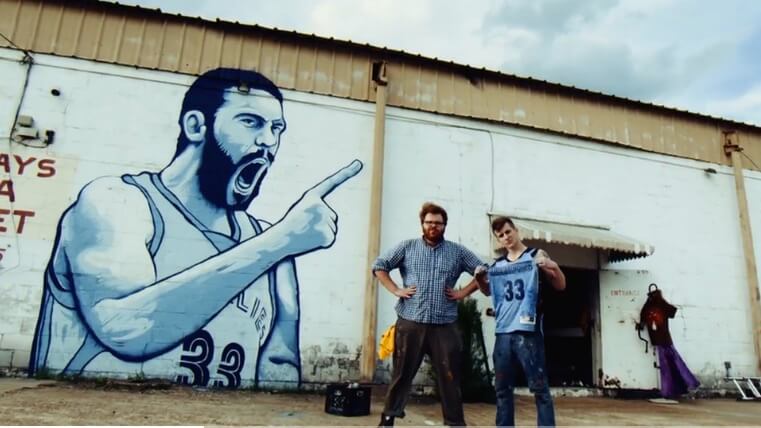 Basketball From Memphis, With Love: The Grizzlies Release A F… 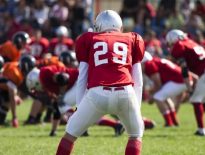