It was supposed to be basketball’s next great rivalry — one born in the spirit of Magic-Bird, Chamberlain-Russell and Jordan-Isiah. In the mid-2000s, LeBron James and Kobe Bryant ruled the NBA on opposite sides of the country. Bryant was the three-time champion and consummate gunner who never met a shot he wouldn’t take, and James was the one who got his teammates involved and always found a way to have fun doing it.

For a two-year period, their teams gave us the hope that we could see two of the best go at it on the biggest stage. Kobe’s Lakers, coached by Phil Jackson, represented the ghost of NBA past, a team built on tradition and the Triangle offense. James’ Cavaliers, a squad built on youth and swag, helped shape what the league’s future represented. The contrasting styles at the peak of their powers both divided and shaped the narrative of what was to be a compelling Finals matchup.

But was it to be?

Bryant came into the league straight out of high school in 1996 to instant stardom. That spring he took pop star Brandy to his senior prom and signed a $45 million shoe deal with adidas. After being drafted 13th overall by the Charlotte Hornets, he was traded to a veteran-laden Lakers squad led by new free agent signing Shaquille O’Neal, Eddie Jones and Nick Van Exel after refusing to play in Charlotte.

He struggled for playing time as Del Harris made the young prodigy work for every minute on the floor, much to Bryant’s dismay. Nonetheless, he was a darling of the league, winning the 1996 All-Star Slam Dunk Contest and starting on Western Conference All-Star team a year later. Kobe’s star power would continue to grow, propelled by winning three straight titles alongside Shaquille O’Neal from 2000 to 2002.

Bryant’s off-court persona was flourishing as well, marketing brands like Sprite, McDonald’s and trading card company Upper Deck. That, coupled with Bryant’s proximity to Hollywood, easily made him one of the league’s brightest stars.

While Kobe may have laid the blueprint for prep-to-pro success off the court, LeBron shattered it. After leading St. Vincent-St. Mary’s to the school’s third state championship in four years, James, the consensus No. 1 overall pick in the 2003 NBA Draft, signed for more than $90 million in endorsements before draft night. His massive deal with Nike not only doubled the dollar amount of Bryant’s adidas deal, but it was by all accounts the richest initial shoe deal ever extended to an athlete by a brand, overshadowing the new $40 million deal Bryant would sign with Nike a month later.

Unlike Bryant, LeBron was a starter from day one with the Cavaliers, averaging 20 points to go along with five rebounds and five assists per game, joining Oscar Robertson and Michael Jordan as the only three players to average 20/5/5 splits in their rookie seasons, earning Rookie of the Year honors (something Bryant never did). With the young James rewriting every milestone Bryant set forth, it seemed like a matter of time before we’d get a battle royale between the two stars.

After missing the playoffs in his first two seasons in Cleveland, James turned the team into a contender in 2006, leading the Cavs to a 48-34 record and an Eastern Conference Semifinals berth. The next year, James came into his own, leading the Cavs to the NBA Finals after upsetting the Detroit Pistons in the Conference Finals.

James, who’d lost to the Pistons the previous year in the conference semis, turned in a performance that would define his career up to that point, pouring in 48 points in a pivotal Game 5 on the road, scoring 29 of the Cavs’ 30 points down the stretch, and setting up the 4-2 series win. Though the Spurs swept James in the Finals, he was quickly blossoming into arguably the best player in the game.

Bryant, meanwhile, was in limbo in La-La land. After losing in five games to the Pistons in the ’04 NBA Finals, Lakers owner Jerry Buss decided it was time break the team up, trading O’Neal and cutting ties with legendary coach Phil Jackson, while signing Kobe to a seven-year deal worth $134 million. With the team rebuilding around him, Bryant mired in mediocrity, failing to make the playoffs his first year without Shaq and Phil.

With Jackson back in the fold in 2005 and the team average at best, Kobe churned out a season for the ages. He averaged 35.4 points per game, with games of 62 (in three quarters of play), 81 points, and another 21 games of 40 points or more, a Lakers franchise record.

He did more of the same in the 2006-07 season, averaging almost 32 points per game, becoming the first player since Wilt Chamberlain to score 50 or more points in four straight games, including a 65-point night against Portland late in the year. Despite Bryant’s exploits, the Lakers finished no higher than seventh in the standings, bowing out to the Steve Nash-led Phoenix Suns in the first round each year. While James was making deep runs in the playoffs, it was Bryant who was stuck home watching in his Newport Beach estate.

That would change Feb. 3, 2008, when the Lakers acquired All-Star center/power forward Pau Gasol via trade, bolstering the Lakers’ front line and giving Bryant the complementary piece to compete for a championship. The Lakers rode the momentum from the trade all the way to the 2008 NBA Finals, where they lost to Boston Celtics in a six-game bar fight.

James’ Cavaliers also lost to those Celtics in the Eastern Conference Semifinals, despite James scoring 45 points in the deciding Game 7. Even in defeat, talk of a potential James-Bryant matchup in the next year’s Finals grew rampant going into the offseason.

The talk grew to fever pitch when both the Lakers and Cavaliers won more than 60 games apiece, steamrolling through the schedule in what seemed like a crash course into a Finals series in June.

The Lakers ultimately advanced to the Finals after dispatching the Carmelo Anthony/Chauncey Billups-led Denver Nuggets in a six-game Western Conference Finals series. The Cavs didn’t hold up their end of the bargain, though, losing in six games to the Orlando Magic in the Eastern Conference Finals. James finished with insane averages of 38.5 points, eight rebounds and eight assists in the series, but it wasn’t enough.

The Lakers proceeded to steamroll the Magic in five in a lackluster Finals.

With the two stars clearly the favorites in their respective conferences, it was assumed Bryant and James would face one another to finish out the 2008-2009 season. To get ahead of the inevitable, Nike released a series of commercials featuring puppet figures of Bryant and James. The “MVP Puppets” depicted by David Alan Grier (as Kobe) and Keenan Thompson (as LeBron) showed the two stars as friends who lived together.

The Kobe puppet was the straight-faced grown-up who’d seen it all and done it all. The LeBron puppet, on the other hand, was the youthful hooper yearning for the respect of the older Kobe. The commercials debuted just in time for the ’09 playoffs, furthering the hysteria for the would-be matchup.

The MVPs returned the next season in hopes for another Finals date between Kobe and LeBron that would never come. James’ Cavs lost surprisingly to the Celtics in the 2010 Eastern Semis in six games, despite holding a 2-1 lead in the series, while Bryant’s Lakers beat the Celtics in the memorable 2010 Finals, giving Bryant his fifth title.

James then moved on to Miami, where he won two championships while Bryant would never get past the second round of the playoffs again.

The LeBron-Kobe rivalry will be largely remembered for what could’ve been than what actually was. The two represent the pinnacle of the prep-to-pro movement in the late ’90s into the early 2000s.

The inspiration and success of Bryant gave James the avenue to make his leap in 2003 and helped carve out a successful path of their own. The two meeting up in the Finals would’ve given us a plethora of story lines — Kobe’s stoic demeanor vs. LeBron’s playful persona or the passing of the torch from Bryant to James, should the latter have won. Those stories would’ve brought in record ratings and changed the league forever.

Instead, we’ll be left with the everlasting question. What if? 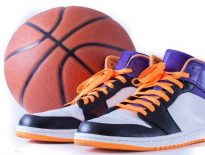 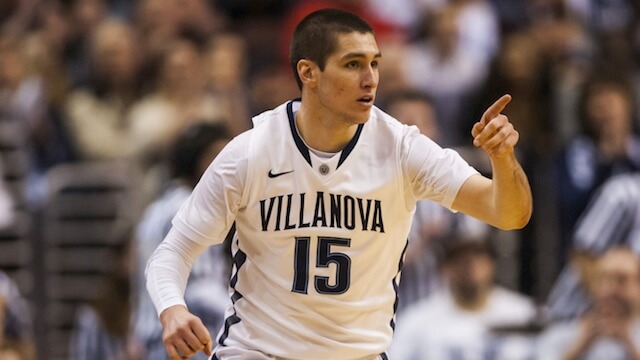