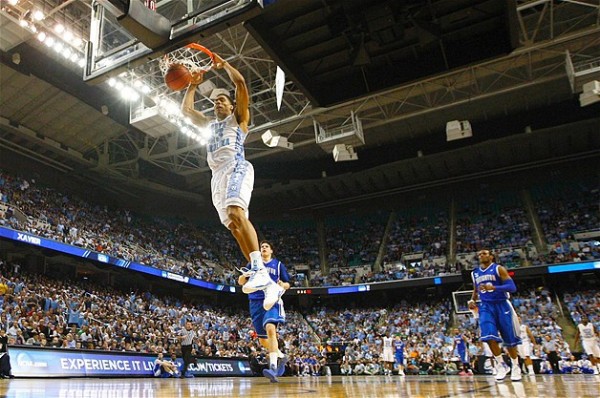 Things are shaping up with Carolina basketball now that a few announcements have been made.  With John Henson, Kendall Marshall and Harrison Barnes going pro, along with Tyler Zeller graduating, the Heels are going to lose a lot of fire power. Good news is that it appears freshman James Michael McAdoo is going to return, if you listen to his father.

Word on the street is that the Tar Heels are pursuing Connecticut transfer Alex Oriakhi and seem to have the inside track since the NCAA has put an order in that he cannot transfer and play if he goes to a Big East or SEC school.

Looking at the dynamics of what is returning, plus the recruiting class that Roy Williams has put together, the team is shaping up to look like a contender. With six McDonalds All-Americans on the roster next season, they can be as good as any team in the country.

The roster is starting to shape up nicely and is thick on the wing. Here is how I see it unfolding. 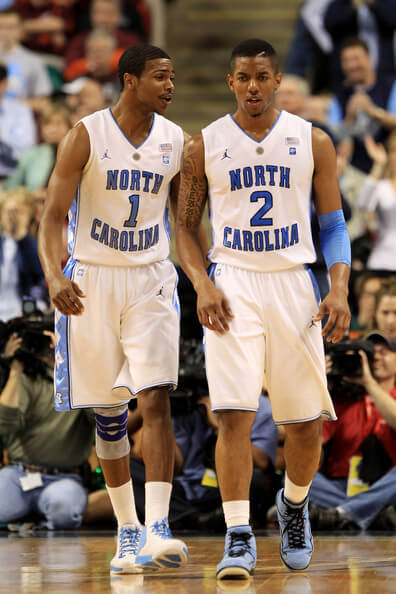 PG: Luke Davis (transfer from Gardner Webb who sat out last year), along with McDonald’s All-American Marcus Paige. Dexter Strickland could get some time here as well, pending how fast he recovers from ACL rehabilitation.

SG: Leslie McDonald should fit in nicely here. He was the most dominant player and shooter returning to the Heels this season, but a knee injury ruined his junior season and, in my opinion, killed the Heels chance at a title last season.

SF: Reggie Bullock should have this on lock. Bullock was the most clutch player on the Heels during their run last season. Bullock is a scoring machine.

PF: James Michael McAdoo is the natural player for this position. If he choses to return, he will be a top-three pick in the 2013 NBA draft. If he remains injury-free, he should be a consensus All-American upon the beginning of the season.

C: Joel James will be the likely choice here as a freshman. He is the only natural big they have recruited and he will be a shot blocking presence and a power force that the Heels haven’t had in a long time. No disrespect to the Tyler’s (Hansbrough and Zeller), but they were more finesse than power down low.

The first wing off the bench will be P.J. Hairston. He is a baller who would start on 98% of the teams in the country. There may even be times when McAdoo moves over to the center, Bullock at 6’7” moves over to the power forward and P.J. slides in at the three, so Roy can get his best five players on the court.

Paige will see a lot of time at guard, but I don’t think Roy is going to had the keys to the Carolina Express off to a freshman right away. J.P. Tokoto will play some, but he will get the treatment that P.J. Hairston got this season being a spot player and have a very limited role. Brice Johnson will play sparingly as well. Foul trouble amongst the bigs will determine how much he plays. He will get the same treatment McAdoo got this season. Desmond Hubert will be a factor as well but only in certain games.

I have seen enough of Roy Williams to know that he is consistent in how he plays his guys. Whether it’s nine McDonald’s All- Americans or six, Roy is Roy and he likes to play 8 – 9 players early in the season and around tournament time it goes down to 7 – 8.

Carolina will be fine, but McAdoo will be the difference-maker if he stays. Not to mention that they are going to need all of these guys healthy and returning if they plan on making any noise in the ACC next year. Chances are NC State, Duke, and Syracuse will have a voice in who is top dog in the ACC next year. 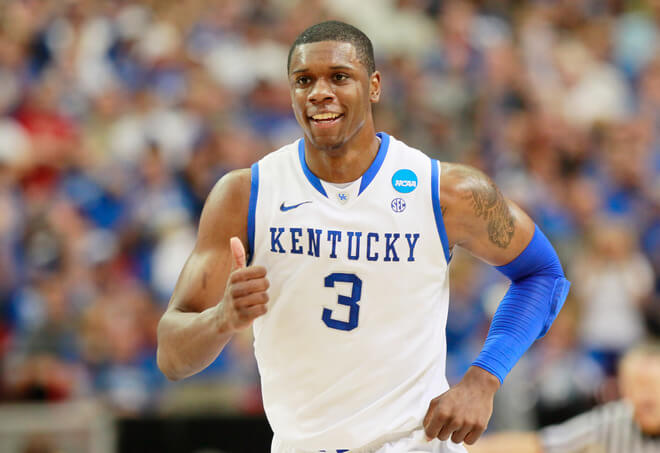 Basketball The Curse of the 2011-12 College Basketball Second…
1