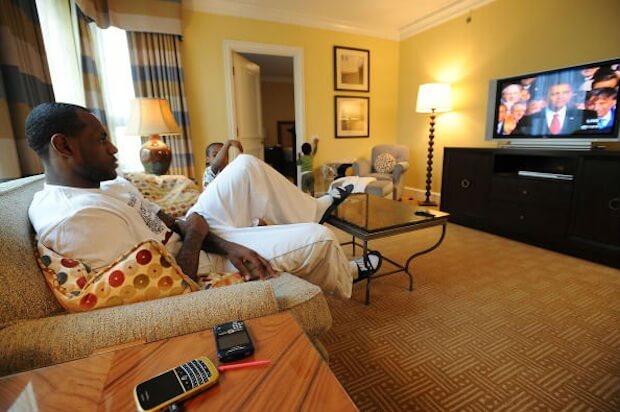 Who is the president of the sports world, and how do we know?

The American sports fan will certainly hear a fair share about the election in two weeks. Two brothers will run. San Francisco’s quarterback will too - albeit more literally. There’s a tall, awkward quarterback who remains the undercard. If he can hoist Lombardi’s namesake, he will stake his claim. His linebacker has been around the system before. The grizzled vet hopes for one last election before he fades to black.

Parallels between the Super Bowl and Election Day remain strong. Perhaps there is no better comparison between the political and sports worlds. Both days seemingly put the nation in paralysis until a winner is declared. Everyone who knows this great land has connection and interest in the final polls.

While the National Football League is in the midst of its changing of the guard, the incumbent sits on the sidelines. The president of the NFL will rule for a year, and then likely let someone else hold office. Not since John Elway have we seen a repeat performer.

Because of the predictability, it’s hard to get behind a candidate we truly trust. If the Patriot had been in the running, his candidacy would have been sensible and pronounced.

With all the understanding of the Super Bowl’s importance, will it provide a president? Will it give us the Commander-In-Chief that is so important?

No, that role is filled by another man. We call him a man because he is relegated to playing alongside other men. His position is one that changes quickly during the game, yet never changes once the final whistle blows. He reminds us that the Declaration of Independence wasn’t intended for sports. In between the lines, not all men are created equal.

Determination and conviction seem to pave his path to glory. When his name is on the ballot, there is no need to vote otherwise. Even those who do likely know their efforts are futile.

The president doesn’t sit at a desk or in a pocket. His stance on the important issues doesn’t occur in a batter’s box. When he needs to deliver, he doesn’t toe the rubber. If the nation is in a power play, it isn’t his role to convert.

Rather, he holds his court like a judge. He commands the power and respect of a dictator. Although he’s the president of today’s sporting world, he’s no president at all. In fact, his identity is intertwined with a position that helped create the presidential office. 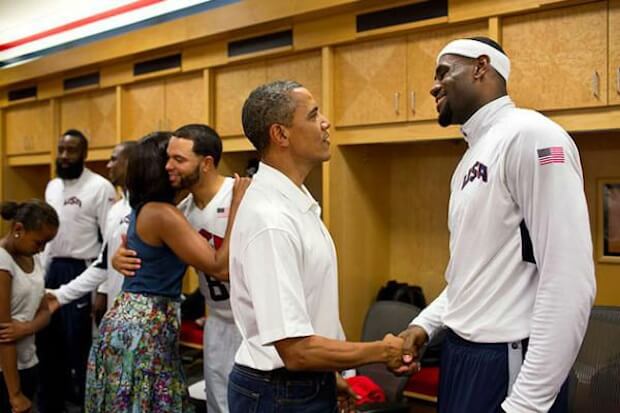 The King sits in his throne draped in red and black, and he sits with nothing on his mind but the next coup for power. Let there be no caucus or debate. The president is King James. And where he goes, the public will flock to watch him. His every move becomes as polarizing as the last. Media hounds him and loves him and makes sure we all know what he’s doing.

LeBron – as some know him – became the ruler of the sports free world last season. His reign will likely continue even if this year’s election isn’t in his favor.

There is no way to adequately describe his dominance on the court. When the position of weakness becomes clear, he simply takes control of it. Versatility continues to be his calling card, and there’s no minute limit to be found. If the ball goes up, it’s simply a matter of time before he grabs it, passes it, blocks it or dunks it.

Across the board in the major sports, we have no such man. He is far from mortal, yet mortal enough to make us see why he was proclaimed the chosen one long before his inauguration.

In another viewpoint, we know that Monday was a day to honor a King who did much more than slam a ball. Like the King of the NBA, he did so with grace. His task was one we forget to admire as much as we should.

Still, in the inadequacies of our memories we know that the steadfast spirit of improvement is in both men. Public figures once ostracized become a lesson in how much we don’t know.

The president of the United States of Athletics takes the court with his crown invisible. His awe-inspiring moves let us know that he’s on another level. Somewhere, submerged in our perception of him, we lose the spirit of our president. It seems he would ask not what his team would do for him, but he would do for his team. It feels like his term knows no limits at this point in time.

While the President of the United States has less than four years to hold his position, the King is just 28 years old. The distinct possibility remains that by the next Inauguration Day, the sports world will still be waiting for its turn at another one.

4 Replies to “No Inauguration Necessary, The King Is Our President”