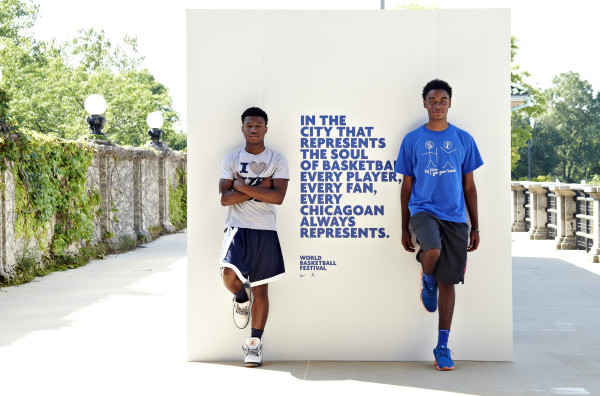 It seems that every week the national media is airing stories about the violence taking place in Chicago. To those who aren’t residents of the Windy City, this is a place to be avoided like West Africa. When my 15-year-old son came up to visit from Washington, D.C. this summer, he said all of his friends told him, “Don’t get shot.”

He laughed about it and so did I, but not because I thought it was funny. It actually made me sad. Chicago, to the outside world, is like the Wild West. But to me, and the many others who live here, it’s home. It’s community. It’s family. And EVERY family has something about it that the other members aren’t proud of.

Like the drunk uncle who always shows up at the barbecue (or any other gathering) wasted. Or your convict cousin who’s spent half his life locked up and his sister who has eight kids and six baby daddies. Sure, they may be an embarrassment, but that’s family. You love them anyway. Why? Because you understand that the individual parts don’t make up the whole.

For three days, Nike and Jordan Brand hosted the World Basketball Festival on the shores of Lake Michigan.  I got a chance to take part in the 2012 event held in Washington, D.C. two years ago which served as a precursor to the 2012 Olympics and I had the time of my life.

This year’s event was no different as it served as a sendoff for Team USA before the squad travels to Spain to take part in the 2014 FIBA Basketball World Cup. And in spite of all the negative press and the cities with a much better reputation that this event could’ve been held in, Nike decided that Chicago was the best place to set up shop and did so right on the South Side.

And you know what happened during those three days? Absolutely nothing.

People from all over the city descended on Jackson Park and 63rd St. beach to celebrate a game that is woven into the fabric of this city. There was no violence. There were no shootings. There was only a celebration of community, family, love and basketball.

Of course, South Side, Englewood natives and Team USA superstars Anthony Davis and Derrick Rose played gracious hosts. As did this year’s No. 2 overall pick of the Milwaukee Bucks, Jabari Parker, who helped open the new Jordan section at the Nike store in Downtown Chicago.

Chicago Bulls stars Joakim Noah and Taj Gibson took in the title game of the Nike Tournament of Champions to support their New York City squad who ran up against a tough contingent of talent representing the City of Wind. And incoming Duke freshman and No. 1 player in his high school class, Jahlil Okafor, was also there to support Team Chicago.

These are just a handful of the notable people and celebs in attendance over the span of the event (I almost forgot Doug E. Fresh and his DJs, Chill Will and Barry B), but the World Basketball Festival showed how the game brings people in this city together. It also let folks from all over the world know that the residents of Chicago aren’t all about guns, gangs and drugs.

If there is something positive taking place, we’ll support the movement with all our hearts. We want to offset the negative energy associated with many of the things that take place here on a daily basis. 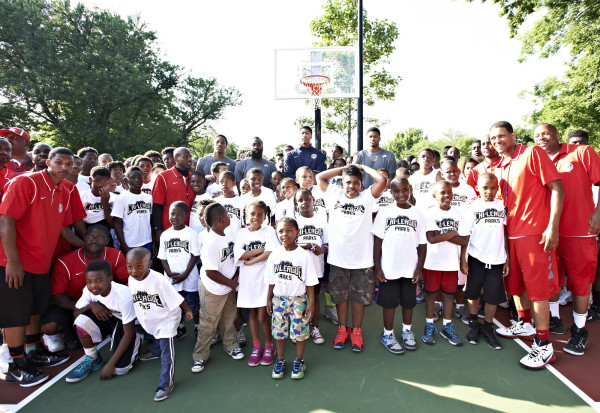 People from other parts of the country may not like what I’m about to say, but it’s true: there isn’t a city in any of the 50 states that does basketball better than Chicago. The game is a part of our history, our culture and our lives. Basketball has shaped who we are and we proudly celebrated our identity last weekend for the entire world to see.