With the 2016 NBA All-Star Weekend approaching, Nike has unveiled its annual “All-Star” pack for the festivities. The pack features three signature models: the KD8, LeBron 13 and Kobe 11s, respectively. In addition to those, Nike added two player exclusive models for both Anthony Davis and Paul George. While Nike might’ve hit its peak with this pack during the 2012 All-Star Game, this year’s pack looks to be another solid effort from The Swoosh. The pack is expected to release on February 11th. Let’s take a peek: 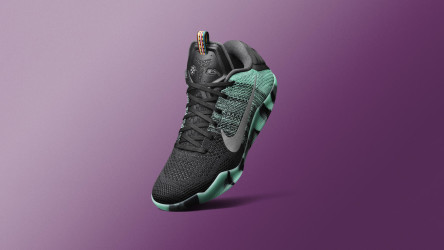 While the Kobe 11 is the newest silhouette from the Nike Basketball kitchen, it has certainly made the biggest splash since the model’s initial “Achilles Heel” release earlier this month. The All-Star version of the Kobe 11 features a glowing flynit that matches a glowing sole, which is a nod the geomagnetic storm known as “Northern Lights,” which frequently makes an appearance on nights in Toronto. The Kobe model also features a leather ribbing on the back heel to go along with a reinforced leather tongue. 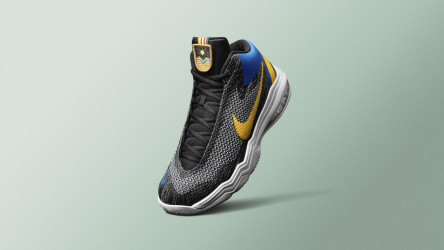 Anthony Davis will come off the bench in this sleek All-Star player exclusive version of the Nike Audacity. The modal features a heathered textile upper and Davis’ tagline “Fear the Brow” across the shoe’s airbag. Though the shoe doesn’t bear his name, Davis has been the de facto signature athlete for it, similar to how Nike treated the Nike Hyperchase last year with James Harden.

The KD8 model is a wonderful follow-up to the KD7. The All-Star version features a Flyweave upper with removable patches on the tongue and heels, which pays homage to Toronto’s winter months, adding nice touch to what is probably the best shoe in the pack.

Paul George will lace this red-and-gold Nike model in his fourth All-Star appearance. The Hyperlive continues Nike’s tradition of cross-branding soccer with basketball in its sneakers (i.e., Kobe Mambacurials, Hyperchase). The shoe features a Canadian red upper with a gum sole and a low-top finish.

The LeBron model is reminiscent of a combat boot and features a grayish green upper, an ode to the “neutral tones of Toronto’s winter.” The shoe’s tongue features pins that honor James’ on-court accomplishments. If you’re ready for battle, this is the shoe for you.