It was just after 11 PM last Tuesday night in Los Angeles when Nick Young emerged from his Staples Center locker to a pool of reporters. Three diamond necklaces gleam as they lay rest around Young’s neck on top of a green “Most Hated” hoodie. Per usual, Lakers radio by play guy John Ireland asks Swaggy the pool’s first question.

“Where is this coming from? This white hot shooting from you?”

The man who’s been shooting better than 65 percent from three-point range in his last five games for the surprisingly okay Lakers begins a standard cut and dry answer.

“You know, sharing the ball, playing as a team,” Young responds. Anyone who’s followed Nick’s career knows he’s anything but standard. Tuesday’s 20-point performance against the Memphis Grizzlies, including six threes to go along with a pelvic thrust, deserves more than your conventional quote and Uncle P obliges.

“It’s the Draco-Soulja effect,” Young says of his recent hot streak. The ‘Soulja-Draco’ effect is a play on the troubled rapper Soulja Boy’s recent weeks of hell; but this season, with the addition of Lakers’ head coach Luke Walton, has had a different affect on Young.

A year ago, the smile that’s permanently plastered across Young’s face was replaced by an unrecognizable frown as he was banished to the end of the Lakers bench by then-head coach Byron Scott. Young and the self-proclaimed ‘old school’ Scott often clashed as the former’s free-flowing personality didn’t mesh with Scott’s hardened, Pat Riley-influenced dictatorship.

The duo’s clashes weren’t just reserved to differences in lifestyle. Scott’s outdated offense discouraged anything that didn’t wind up in a Kobe Bryant iso, meaning Young, who earned his four-year, $21 million contract in 2014 on his ability to stretch the floor and create offense, became the odd man out. As the DNPs began to mount, so too did the doubt that Young would ever play in the league again as rumors of a buyout from the Lakers last offseason began to spread.

Scott’s approach to Young, like many of his coaching decisions, was wrong. For a player like Young to succeed, he needs to be entitled to freedom within a structured environment—liberation within a construct, if you will.

Fortunately, Young’s liberation has come in Walton. When the former Laker was hired on as head coach, he made an effort to approach Young with an open mind. Instead of criticizing Young in the media like Walton’s predecessor Scott, the rookie coach has empowered Young to play the game his way—smile and all. Young has responded, putting up his highest scoring average in four years (14.8), while posting career highs in three point percentage (44.4) and field goal percentage (47.7), bringing the Swag back to Staples Center.

Ironically enough, Young’s shots on the floor this year aren’t dissimilar to the shot selection he’s preferred throughout his career. He still gives you the mid-range pull-ups and occasional four point plays, providing an instant spark for any team in need of his services. The problem that’s always plagued Young, however, is the perceived immaturity he’s put on display during his stops in Washington, Philadelphia and his early years wearing purple and gold. In Washington, he was fined $10,000 by the league for participating in a pregame depiction of touting a gun with teammate Gilbert Arenas, who was set to face trial for bringing a gun into the Wizards locker-room. On the other hand, Young proved to be a contributor on a playoff team in 2012 for the other team in Los Angeles – the Clippers. In game one of the Western Conference Quarterfinals, Young scored 19 points in fourth quarter to help the Clippers overcome a 24-point deficit to the Memphis Grizzlies in the final seven minutes. Young, a creature of habit, is the type of player that can flourish with a good group around him.

Put him around a Washington Wizards squad filled with Javale McGee hijinks’ and little to no structure, Young’s playfulness will be taken as a negative. Put him in a situation where he feels empowered within the team and he’ll provide the positive spark needed. Young is the human manifestation of his zodiac sign Gemini and it’s on the team builders in place to foster an environment for the right twin to walk through that door.

As the media session draws to a close, Ireland has one more question for Young. The team, scheduled to hit the road for a one off game some 970 miles north in Portland, has a frigid 25-degree day waiting for them.

“It’s 25 degrees in Portland,” Ireland alerts Young. Young’s eyebrows raise. “Do you have any ‘Most Hated’ gear to keep you warm up there?”

That beaming smile reappears on Young’s face. Most Hated.la, Swaggy’s clothing line, is doing pretty well since its debut in late 2016.

Young takes advantage of the free promo and promptly alerts the media contingency of the label’s next drop. Then he walks out, past the media, through the corridor and into the Southern California night.

The Swag is back in Los Angeles and we’re all better for it.

Nick Young’s Swag Is Back And We’re All Grateful 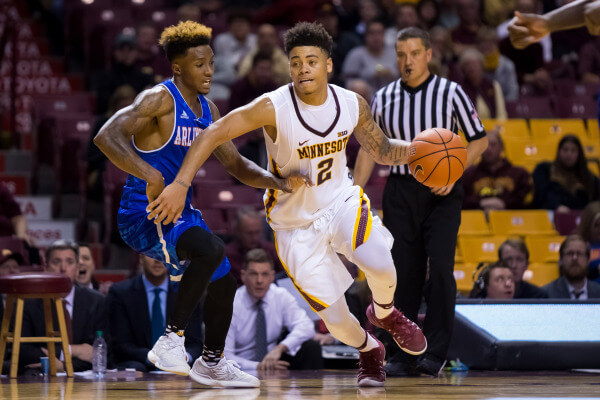 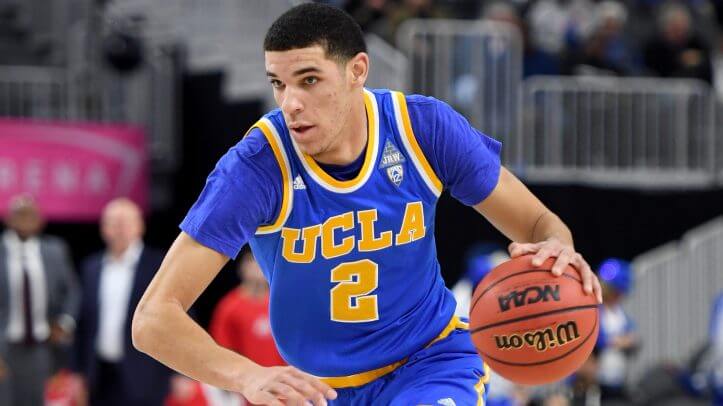 Basketball Lonzo Ball And The Transformation Of UCLA
1