You’re ending the worst season not only in the history of the franchise, but in your basketball life. You have never lost this many games. You and your teammates have been roundly mocked and meme’d. Anyone and everyone with a platform makes sure to include at least one joke about your team in their analyses or strings of tweets. Your own social feeds are littered with comments that range from “you suck” to suggestions on what to do with yourself and a blunt object after the game.

And in the end of this very season where the draft lottery balls are the only ones fans are willing to watch, your team of vagabonds, strays and spare parts decided to say “screw the percentages” and win two games in a row. And not just any two games, but one of those wins came at the home of a title contender which rested a few key players.

And somehow, some of your own fans, reporters and bloggers are actually upset about this.

As the wise philosopher Steve Austin once pondered, “WHAT?!?!”

In the sense that chances to get the #1 pick in June’s draft increase with the worst possible record at season’s end, the New York Knicks are “fighting” the Minnesota Timberwolves for the league’s absolute cellar. The last two wins in Orlando and Atlanta meant that they are ahead of the Wolves by a game with the season finale against the Detroit Pistons left to play tomorrow night.

And yet, this team can’t even tank right, so the story goes.

So we have a bunch of people on and offline who probably railed on the Philadelphia 76ers over the last two years for intentionally being horrible at basketball now turning their attention towards New York because “LOL Knicks,” right?

All of this is also funny because those that are angry know full well that the team with the NBA’s worst record has only gained the #1 draft pick just four times (out of thirty drafts) since the lottery was instituted in 1985.

Whether the pro-tankers like it or not, players on any team ending miserable seasons aren’t going to exactly play according to the whims and wishes of Instagram users that can’t spell the word “loser” correctly. Playing for some semblance of pride means next to nothing to those rooting for losses and fate. However, these games have meant everything for athletes trying to prove that they still belong in the show despite playing for a crummy team.

Well, that and contrary to popular belief, these are still professional athletes. That means if they want to further their careers – whether in the NBA or another league – purposefully loafing on the court coupled with turnovers and poor rebounding might hurt their chances of remaining professional athletes.

You see players like Cole Aldrich, Lou Amundson and Lance Thomas trying to show that they can be a part of the rebuild along with certain holdovers like Tim Hardaway Jr., Cleanthony Early and the team’s biggest revelation this year in Langston Galloway. Sure, we’re not talking about hidden gems here, but when you add the learning curve of a first-time head coach and a whole new direction for the franchise, having players that hit the court with an internal motivation to perform in dire circumstances goes a long way towards evaluating the team’s future as well as their own. 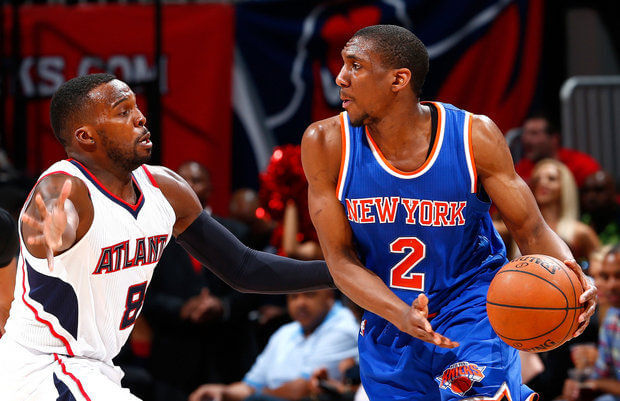 Even team president and Lord of the Rings Phil Jackson acknowledged the thought that there are players on the current roster are performing to be pivotal bench players on next year’s team. Last Wednesday on a town hall of sorts on the MSG Network, Jackson and general manager Steve Mills attempted to placate the angry mob by explaining the direction they plan to move towards in the offseason.

(Transparency about something people care about? Okay, that is truly something which doesn’t happen around here. Just ask some of our public officials.)

Now, don’t get it twisted; since this season went to hell in a handbasket during a 13-game losing streak back in the fall, the idea that New York can gain something worthwhile to go along with over $30 million in cap space for next season is not wrong to get behind. Finally razing the land in order to rebuild the foundation is something the Knicks have never done because it has always fed into the short-term planning, “DIS IZ NOO YAWK! WE DON’T REBUILD, WE RELOAD!” market size-obsessed garbage. Yet, we’re not the ones going through the agony, ridicule and shame of this 82-game exorcism.

The comments that will be left here will probably mirror what’s been said on Twitter, Facebook, Instagram and many websites. Perhaps more than the Splash Bros. out in Oakland, there couldn’t be a better pairing in the NBA today. For a team that apparently can’t lose right, it has quite a few observers that can’t think straight.

4 Replies to “The New York Knicks And Confused Fandom” 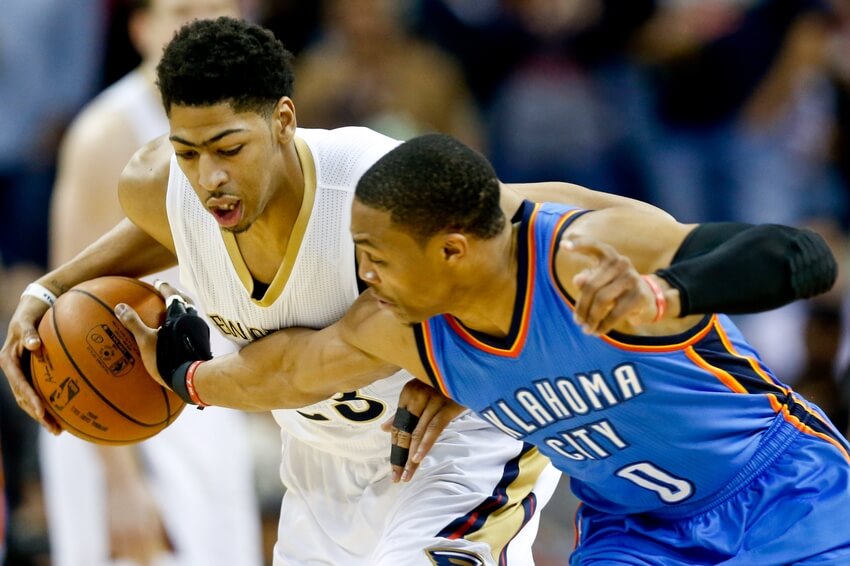 Basketball Russell Westbrook, Anthony Davis And The Race For …
4