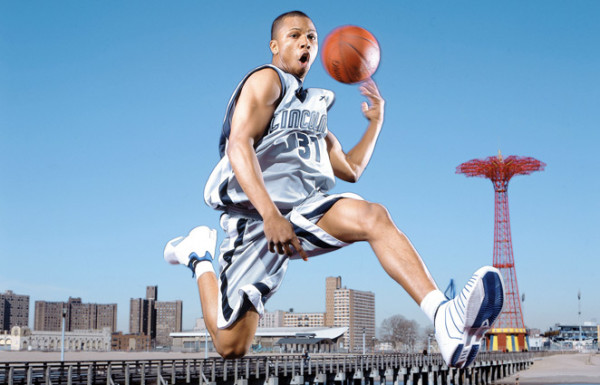 It’s cliché to say that you only get one life to live. That’ true for the most part, and as many of us are well aware, there are some decisions in life that we’ll never be able to get back.  That is why second chances are special. You may only get one life to live, but an opportunity to resolve some of the misfortunes you’ve made is something most of us would love to do. In the case of the 13th pick of the 2004 NBA Draft, Sebastian Telfair is getting just that. For the first time in nine years, the career journeyman won’t be suiting up for an NBA team come opening day. Instead, he’ll be taking his talents overseas and possibly rejuvenating a career many had written off.

This past week when news broke out that Telfair had reached an agreement with Tianjin of the Chinese Basketball Association, there was slight buzz but certainly curiosity. Regardless of what one will make of his NBA career, Telfair’s story is one to applaud. As a high school prodigy coming out of New York City, the expectations on him were so high that it’s a wonder he persevered as long as he did. He was easily one of the most talented players entering the 2004 draft and had gained popularity while still attending early morning homeroom sessions at Lincoln High School. The pressures put on a Brooklyn kid straight out of high school would be enough to make anyone crumble, and yet there he stood.

Keeping it all the way real, there is much to be said about Telfair’s NBA career not panning out. He was undersized, certainly not as efficient as one would expect a point guard to be, and quite possibly underdeveloped in general for the NBA. In retrospect, him opting to go straight into the draft and not playing for Rick Pitino certainly didn’t help him. Career averages of 7.4 points per game and 3.5 assists certainly could have benefited from more time honing his strengths. Then again, this was a kid who didn’t come from the best conditions and made a choice to provide for his family at the risk of stunting his own development. The classic documentary “Through The Fire” was a firsthand account of what he faced on a daily basis growing up. Telfair may have gambled with his career, but it’s been a long time since he’s lived in the Surfside Garden projects in Coney Island.

His family’s financial well-being secure, Telfair now finds himself in a position to rewrite history. In recent years, playing in China has been a popular alternative for former NBA players.  The most successful of these NBA players is, coincidentally, Telfair’s older cousin, Stephon Marbury. Marbury’s career in China has not only helped him find peace in life, but also rejuvenated a career that held so much promise in its own right. Having been there since 2010, Marbury recently signed a three-year extension with the Beijing Ducks. His time there has already become the stuff of legends. In fact, his presence there will forever be immortalized as he has his own life-sized statue sitting in Beijing for his tremendous play there. Not bad for a kid out of Brooklyn.

Now once again following a path that his cousin started before him, Telfair will get a chance to prove everyone wrong. At only 28 years old, it’s almost guaranteed that he’ll amaze fans and prove that he is still every bit as good as we thought he was. With the option to return to the States and sign with an NBA team in February, these next few months could be a repeat of his senior year at Lincoln. The only difference is he’s no longer the highly touted prospect with raw potential. Now he’s a seasoned veteran who knows where he’s messed up and is well aware that he still has plenty left to show. While he may not be in search of peace, a chance to redefine one's place in history is something we’d all be so thankful for.

3 Replies to “It's Never Over: Sebastian Telfair Takes His Family Pilgrimage To China”