The Brooklyn Nets’ run of essentially playing with house money came to an end on Sunday when the Toronto Raptors eliminated them in the first round of the playoffs. Missing half of their roster inside the NBA bubble, they were able to play freely without the weight of expectations under interim coach Jacque Vaughn. There were promising moments, most notably Caris LeVert thriving after being handed the keys to the offense. And now the real challenge of evolving into true playoff contenders begins with Kevin Durant and Kyrie Irving back healthy next season.

So do the Nets remove the interim tag or let Jacque Vaughn be the permanent head coach? (Associated Press)

The first order of business will be deciding whether to remove the interim title from Vaughn or to bring in a new head coach. There is no shortage of interest in this roster with Ty Lue, Jason Kidd (again), Ime Udoka, and Jeff Van Gundy emerging as candidates according to The Athletic. Vaughn got his guys to play hard and exceed expectations in the seeding games with a 5-3 record, but having three postseason losses by 24 or more points en route to a sweep may have sealed his fate. Once it is determined who will be calling the shots, that person can collaborate with GM Sean Marks on some key personnel decisions coming up.

The most urgent issue is re-signing sharpshooting wing Joe Harris. The unrestricted free agent entered the bubble as one of the players with the most at stake and responded by shooting a blistering 54.1% from deep and 62% overall to average 20 points, 4.3 rebounds, and 2.3 assists. He did have to leave the bubble due to a family emergency, but the strong play continued in his two playoff games with 16.5 points and 10 rebounds per game while making 7 of 12 threes. Having a shooter who plays solid defense and doesn’t need the ball in his hands is the perfect compliment to Durant and Irving, so using his Bird rights to make a competitive offer should be a priority.

The other key contract to address is that of center Jarret Allen, who is going into the last year of his rookie deal and therefore eligible for an extension. The 22-year-old started the vast majority of games, but Vaughn instead promoted DeAndre Jordan when he took over the coaching gig in order to appease his veterans. According towto NBA.com Brooklyn was +0.9 per 100 possessions while Allen was on the floor compared to -1.8 with Jordan. Although the 32-year-old Jordan was part of the star free agent package last summer, it shouldn’t be a question that Allen is a core piece of the franchise’s future. They could kick the can down the road and just wait to address his contract through restricted free agency in 2021, but that risks an offer sheet from opposing teams in addition to potential tension for a young player seeing the rest of his teammates get big contracts.

That includes two players with a similar amount of experience in LeVert and Taurean Prince, who both signed recent extensions and could actually be competing for the same spot in the starting lineup if Harris is re-signed. Since Marks took over, the team has tended to start undersized perimeter players at power forward such as Prince, Rodions Kurucs, Rondae Hollis-Jefferson, and most recently in the playoffs, Timothe Luwawu-Cabarrot, so the lanky Durant could take over that spot instead of his usual small forward position. That would leave a wing spot for LeVert to continue to show his prowess as a scorer and passer after breaking out with averages of 25 points, 6.7 assists, and five rebounds in the seeding games before 20.3 points, 9.5 assists, and six rebounds in the playoffs. He did this while playing primarily out of position as the team’s point guard, so there is a chance that he is asked to be the focal point of the second unit instead, although Spencer Dinwiddie currently projects to do that.

How the younger players as a whole adjust to playing with the two superstars returning from injury will be fascinating to watch—especially since Irving already went through a similar experience with the Celtics last season underachieving results. The Los Angeles Clippers needed a difficult adjustment period after their two additions to a young playoff team and did end up coming out of it with the 2nd-best point differential in the league and a #2 seed, so there is hope. It will come down to the decisions made in this key offseason and what person is put in place to steer this ship.

As the Nets Exit the Playoffs, They Enter an Offseason Full of Key Internal Decisions 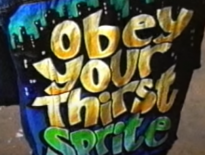