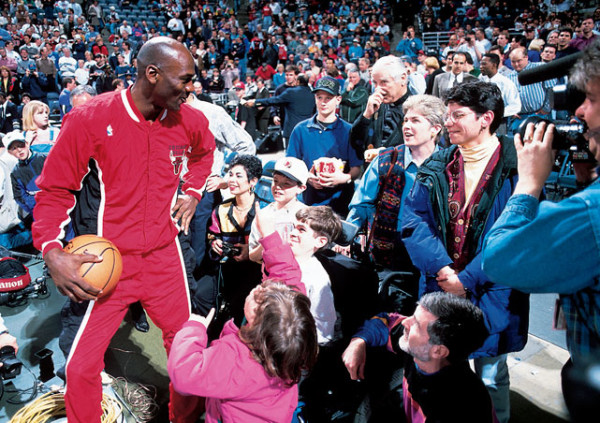 Unwritten guidelines are present in basketball fandom. Is being a fan of a player over a team politically correct?

Maybe this shouldn't be exposed to the world, but perhaps it should. My grandfather - J.D. Marshall - was a flawed individual. He never won "Husband of the Year" for a variety of reasons prior to him and my grandmother divorcing in the '70s. J.D. never once denied any of his flaws to me, however, and I'm sure as the years passed by, he grew to resent the decisions of his past. Yet, I can say this. He was a damn great - exceptional, even - grandfather.

He taught me about life, his mistakes, his successes and how not to treat the people who'd ultimately give their lives to prolong yours. We also bonded over sports. In fact, that was our biggest commonality. He was a coaching legend in the CIAA, even being posthumously inducted into the conference's Hall of Fame in 2009. "In sports, remain loyal to what first opened your heart to the game." Grandpa never said these exact words, perhaps due to irony, but his lessons always validated such.

I've carried the aforementioned quote near my heart throughout the years. Growing up with my mother, becoming a fan of the Dallas Cowboys was expected. She attended summer camps with Tom Landry's daughter and had latched on to the team at some point in her youth. Regardless of who plays quarterback or wide receiver or linebacker for the Cowboys, my loyalty and my constantly rising blood pressure resides with the star on the helmet. And despite my personal quest to obtain every MLB game day fitted, the Atlanta Braves will always hold top rank because their Triple A affiliate - the then-Richmond Braves - were a 30-minute drive up I-95 North. In the NBA, however, the logic was always different.

Saturday night following the Knicks' season-ending loss to the Indiana Pacers, friend of the family D'Brickashaw Cadillac Lubriderm Jenkins-Smith (@DragonflyJonez) took to Twitter to voice his opinion on his squad and provide a brief backstory of how a kid from Virginia became associated with a basketball team from New York City. Without putting words in his mouth or running the risk of telling the story incorrectly, he credited the bulk of his influence to his father. His old man cultured him on the values of fandom, and supporting the name on the front of the jersey trumpeted the name on the back. Matt Whitener reflected the same sentiment when discussing his love for the San Francisco 49ers despite being the most famous St. Lunatic after Maya Angelou, Josephine Baker, Lou Brock, Miles Davis and Nelly.

And I get it. Trust me, I do, because in a sense we're all coming from the heart with lessons from men who all played invaluable roles in our own maturation processes. Having noted that, and without speaking for anyone else but myself, basketball has always been unique. I indoctrinated myself with player loyalty, but with an appreciation and humbleness for the importance of the NBA from a macro-perspective. In simpler terms, there's loyalty to a player, but a lifelong commitment to the game.

My first memories of the NBA involve Michael Jordan, Wheaties, unattainable (dope) sneakers, Gatorade and the VHS tape of Come Fly With Me. I wore wristbands like Mike, chewed gum like Mike and reenacted game-winning shots like Mike in my driveway. Hell, as crazy as it sounds, I wanted Michael Jordan to be my dad. Even later as an 11-year-old, there's the story of how I purposely gave myself the flu on the eve of a little league basketball game because of my obsession to replicate "the flu/hangover/bad pizza" game. Or the time I moved in the barber's chair when I was 8, forcing him to take a chunk of hair out of my head so he'd shave the rest of it off. The harsh reality of resembling a lightbulb more than the greatest basketball player ever was irrelevant. In my eyes, for that short period of time, I was Michael Jordan. 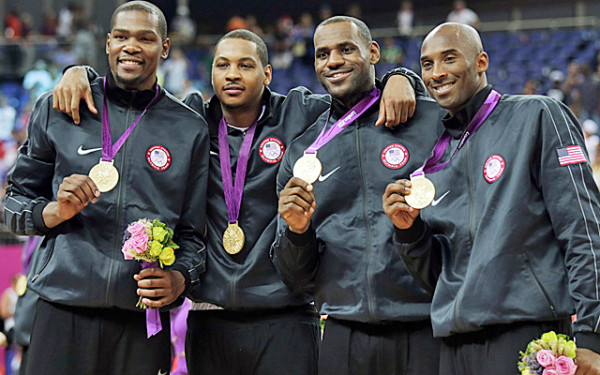 Jordan's god-like heroics (and later Scottie Pippen, Phil Jackson, Penny Hardaway, Grant Hill, Hakeem Olajuwon, Charles Barkley, Shawn Kemp, Gary Payton and others) helped enhance the love, so loyalty resided there. Over time, of course, researching the game and its history to develop my own obsession became the main objective. I love basketball. I eat, sleep, breathe and - when nature calls - shit basketball. Yet, as it relates to personal interests and "being a fan," player loyalty has always been my method of subjective appreciation.

It's why no personal spite resides with "Kobe fans" as opposed to "Laker fans" (at least in how they label themselves). Half of my high school rode Allen Iverson because he hailed from Virginia, not because they suddenly became Sixers fans. The rise of many newer Celtics fans came with the arrival of Kevin Garnett. And half of my friends in D.C. support the Thunder because Kevin Durant is from the city. Player loyalty happens. How an individual chooses to express this loyalty - either through beneficial, productive debate or unbearable and annoying one-sidedness - is a completely different issue.

Basketball, more than any other professional sport, has always been marketed as a player-friendly league. Teams win championships, but David Stern made the NBA a worldwide brand by pushing individuals like Magic, Bird, Michael, Barkley, Shaq, Kobe, LeBron and Durant. However, player loyalty has always come with its own set of rules.

Kobe fans claiming the other 11 titles before him is lame. In fact, claiming each of Kobe's five is outlawed if you were one of those people who hated him in the early to mid 2000's and only began sipping the kool-aid around 2008. Kevin Garnett fans claiming the dominance of Larry Bird, Bill Russell and Red Auerbach doesn't make much sense either. It's the reason why as a self-proclaimed LeBron fan, I never claimed to be a Cavs fan or even a Miami Heat fan now. Not because of hatred for those teams, but instead because I realize what I was there for. I'll never associate myself with Dwyane Wade and the Heat's gargantuan 2006 title run because I wasn't in the trenches like Earnest Christian was. I'll never claim to be a Bulls fan because my association came during the Jordan years, and doing so would be a slap in the face of people like Bryan Crawford.

I've been a fan of LeBron since fall 2001 when Nick Burd showed me an article in third period technology class at the old Matoaca High School. From draft day in 2003, to The Decision, to the 2011 Finals to last June, I've been there - a player-loyal fan for as long as I've been in love with the game of basketball. When LeBron's career comes to a close in what looks to be the year 2055, the love for the game will remain intact.

That's my view of professional basketball. For those who agree and/or understand, excellent. For those who don't and confuse it with "riding a bandwagon," that's fine, too. If it's wrong, then so be it. I'm a sinner who's probably going to sin again anyway.

I'm just following the lesson that's nearly as old as I am. Players come and go. Teams change every year. The game, though ... the game stays the same.

13 Replies to “Elephant In The Room: The NBA's Player Loyalty Fan Debate”