This season’s NBA MVP race is one of the closest in recent years. Each week, fans have passionately debated about which player deserves the award the most. As the regular season comes to an end, the debates have intensified, but the arguments are repetitive. Our counterpoints are now fueled with false equivalencies and foolish comparisons. After a while, we all start sounding a little ridiculous.

Our MVP pick tells us more about ourselves than the actual player we think should win. What does yours say about you? Depends on who you vote for.

THE “DON’T CHALLENGE ME” VOTER

You’re disgusted that this is still up for debate. A little bit of you dies each time you hear the name James Harden. You fawn over every Russell Westbrook fastbreak. Admit it, you’re still bitter that Russ wasn’t a starter in the All-Star Game. How could they ignore all those triple-doubles? You think that Westbrook’s record 57 points, 13 rebounds, 11 assists stat line against the hapless Orlando Magic should end this debate. But can you NAME 3 players on the Orlando Magic? I bet you constantly remind folks that “The Thunder wouldn’t win 10 games without Russ”. You act like Victor Oladipo and Steven Adams belong in Ice Cube’s 3-on-3 league.

Were you this passionate for Kobe Bryant in 2006 when Steve Nash beat Kobe for MVP? Even though The Black Mamba averaged over 35 points per game and took Smush Parker and friends to the playoffs? Probably not. But I bet you send your friends ridiculous fan polls that show “35 percent of Americans love Russell Westbrook” or whatever.

Even outside of sports, you love watching heroes beat the odds (because that’s what you’ve turned this into). You were one of the loudest people cheering in the movie theater when you watched Get Out. You quietly clap at your desk when your company promotes someone internally instead of hiring externally. You love a good Cinderella story. Kevin Durant’s departure from OKC is icing on the cake for Russ’ MVP-caliber season.

You think you’re so logical. You defend Harden by arguing against everyone else first. “Well Russ can’t be MVP because his team’s only a 6-seed, and Kawhi doesn’t have the offensive numbers, so that kind of leaves Harden…” *yawn*. You also talk about Harden averaging almost 30 points and leading the league in assists, but that’s merely your counterargument the Westbrook triple-double fanatics. Oh please. Drop the overly-rational approach. Who leads with their cross-examination first? Step your game up.

Yes, Harden is a more efficient player than Westbrook, makes his teammates better, and plays on a title contender. But where do you go from there? You normally default your MVP vote to the “best player on the best team,” but the Houston Rockets have the third-best record in the league. Voting for Steph Curry in 2015 and 2016 was easy. Harden is not as easy a pick for you. Maybe it’s time to choose a different path?

But that’s not you. You’re a creature of habit. You probably ate the same thing for lunch at least four days last week. You probably voted down-ballot in the 2016 election. Your NCAA Final Four picks were all No. 1 and No. 2 seeds. Let’s face it, you’re set in your ways.

Let me guess, basketball is about offense AND defense, right? And I shouldn’t get swayed by “other guys” who you claim “pad their stats.” Your talking points have been rehearsed for a while now: “Kawhi is the best two-way player in the league, the only guy who can guard LeBron in a 7-game series, the reigning Defensive Player of the Year.” You were beside yourself when Kawhi blocked Harden on that potential game-winning layup.

But let’s face it. You knew who you were voting for after opening night. When the San Antonio Spurs beat the Golden State Warriors in Oakland by 29 points, you were sold. You pride yourself on being contrarian. Nothing gratifies you more than challenging groupthink and changing everyone’s mind.

I bet your favorite Kanye album is 808s and Heartbreaks. You probably owned a Microsoft Zune. You think you’re educating the masses when you share unpopular opinions, but deep down you just love pestering people. Go drink your alkaline water.

You think everything is so simple, don’t you? “Is the LeBron the best player in the league? Yes. Then, therefore, he is the MVP, right?” End of discussion — according to you.

This annual MVP discussion must frustrate you, a lot. Remember when Karl Malone and Charles Barkley won MVP awards during Michael Jordan’s prime? That must irk you. Let me guess — Derrick Rose only won MVP in 2011 because the media hated LeBron and The Decision, right?

In all fairness, LeBron might average nine assists this year, which would be a record for a forward. But what about the Cavaliers’ poor performance as of late? If LeBron doesn’t win MVP you’ll quickly revert to “well let’s see what happens in the playoffs.” Yeah, you have no patience for this. But according to you, we all just have LeBron-fatigue, right?

THE “HEY, IN ANY OTHER YEAR…” VOTER

You’re the one who always has something to prove. Deep down, you know there’s no way in hell that Isaiah Thomas will become MVP unless the Boston Celtics maintain the No. 1 seed in the East and hell freezes over. But let’s call a spade a spade. You’re caught up in the allure of a 5-foot-9 guard playing well in the modern NBA. You use boxing terms like “pound-for-pound” to highlight Thomas’ greatness, even though you have no idea how much he weighs.

You were probably a big fan of now-retired NFL wide receiver Steve Smith. He’s another 5-foot-9 athlete who played bigger than his size, but unlike Thomas, Smith talked a lot of smack. You need someone to fill that void. IT is not as rambunctious as you’d like, but it’s the best you got right now.

The only reason you think that John Wall should be MVP is because you either 1) saw some ridiculous convenience stats that heavily imply that Wall is the next Magic Johnson, 2) are a tortured D.C. sports fan, or 3) liked Wall in college at Kentucky. Let’s assume it’s No. 3. You’re probably a big college hoops fan. You dislike that Wall was a one-and-done player, but “ everyone’s doing it now…” right?

You probably loved talking about how college basketball is so much better than the NBA because “they actually play defense” or some other crap. You proudly ignored the post-Jordan era in the early 2000s when it was the cool thing to do. What can you say now though? NBA popularity is at an all-time high. But now you sound dated. Like Phil Jackson trying to run the triangle in 2017. Do you want to sound like Phil Jackson in 2017? Really, do you?

2 Replies to “What Does Your NBA MVP Vote Say About You?”

What Does Your NBA MVP Vote Say About You? 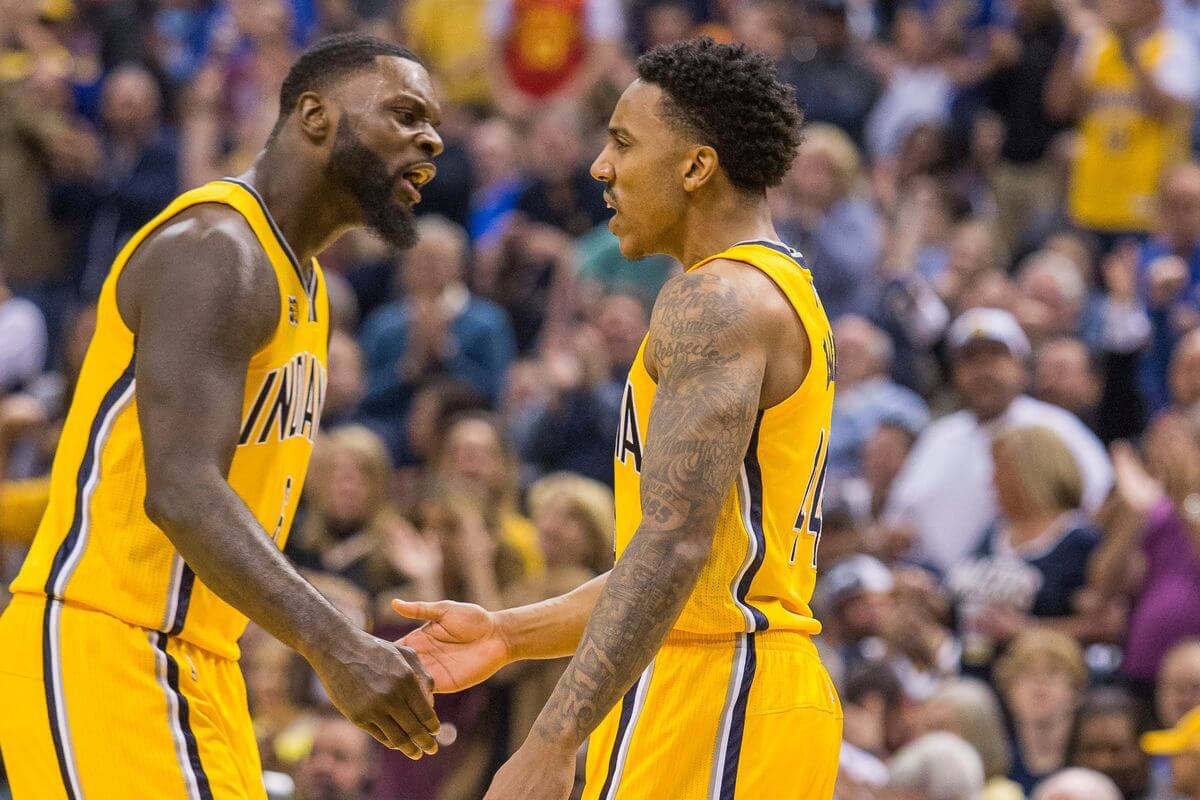 Basketball The Lance Stephenson Show Is Back (For Now)
Basketball Reflections From Loyola: Remembering Hank Gathers …
2