In the Phoenix Suns’ first Finals appearance since 1993, they managed to pull off a win in Game 1 against the Milwaukee Bucks. NBA veteran Chris Paul stole the show, leading the Suns to victory with 32 points.

It’s a highly-anticipated Finals series, with the Suns and the Bucks going toe-to-toe on the court for the prestigious championship. Last night saw an exciting Game 1, and has now set up for a great series. Game 2 will take place on Thursday night.

The first two games of the series are being held at the Talking Stick Resort Arena (otherwise known as the Phoenix Suns Arena). By the looks of it, the Suns made the most of their home advantage in Game 1, gaining an early lead in the series.

After a close start to the game in the first quarter, the Suns were able to extend their lead from 30-26 to 57-49 going into the half. After an impressive third quarter, scoring 35 points, the Suns looked strong heading into the fourth and final quarter of Game 1.

Despite a Bucks comeback – narrowing the Suns lead from 20 to just seven at one point – the Suns were able to hold on to their victory. The win will certainly give the Suns confidence going into Game 2, while the Bucks will want to level the series as soon as possible.

Veteran point-guard Chris Paul has made his first Finals appearance in style, leading the Suns to victory in Game 1. As well as 16 points in the third quarter alone, Paul racked up 32 points overall, along with nine assists.

To put the spectacular performance into context, Chris Paul is only the third player aged 36+ to have over 30 points in a Finals game (joining Kareem Abdul-Jabbar & Tim Duncan). If that wasn’t enough to show just how good Paul was, the guard is the first player with over 30 points and over eight assists in a Finals debut since Michael Jordan in 1991.

Chris Paul was that good in Game 1. If he continues throughout the Finals series, then it’s likely we could see the Phoenix Suns have NBA success very soon!

Disappointing Night for the Bucks

First NBA Finals appearance since 1974 for the Bucks ended in an underwhelming loss.

Star forward Giannis Antetokounmpo managed to play for 35 minutes, after returning from a hyper-extended knee he suffered in Game 4 of the Eastern Conference finals.

Whilst only scoring 20 points and 17 rebounds, it was clear that the Bucks have missed Giannis’ presense on the court. On top of that, it looks like they will need Antetokounmpo on as much as possible to lead the team to NBA glory.

Looking to place a wager on Game 2 or any of the other games in the series? Head to BetMGM today – the leading online sportsbook in the industry!

As well as all of the trusted sports betting sites you can find on CaptainGambling.com, you can check out our Suns vs Bucks Game 3 expert betting tips, too! 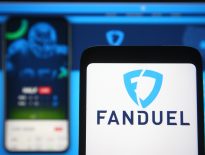 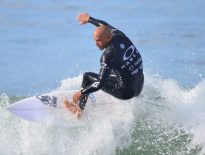