Mark Cuban is a billionaire, not an all-knowing deity.

He talks and we listen because he’s made something amazingly successful of himself, not because he is infallible.

In fact, we should assume that he’s made plenty of mistakes, mistakes from which he’s learned valuable lessons, on his path to untold riches. I haven’t read the book on Mark Cuban. The ones I have read on ridiculously wealthy folks a la Steve Jobs and Richard Branson, however, tell stories about men who were unafraid to take extreme risks, some calculated, some not so much. They were innovators whose unpredictable behavior sometimes bore pleasantly surprising results. But oftentimes, it yielded unintended, disastrous consequences.

Cuban’s Dallas Mavericks, despite a win last night, sit on the brink of elimination from this year’s playoffs. Last year these Mavericks gave the eventual world champion San Antonio Spurs a run for their money in the first round as an eighth seed. This year as a 7th seed, they look completely outmatched by the Houston Rockets.

Yes, Dirk Nowitzki is a year older and the Houston Rockets have an MVP candidate in James Harden but, could we have predicted that the Mavs would be so consummately overpowered by Houston’s offensive prowess?

This Dallas team is not them team with which we began the season. The team from the earlier part of this NBA year was one of the prolific offenses in the league, a team with a stretch four in Brandan Wright that gave opponents fits on the defensive end of the floor. That team looked poised to build on the progress of last season’s 7-game, moral victory against Tim Duncan and company.

The team that’s scurrying around out there now, unable to put up enough points to keep this first round match up interesting nor present a a real challenge to the Rockets on defense, is the product of Cuban’s billionaire obsessive tendencies. They are the substance of his unrealistic (though necessary in his line of work) arrogant belief that his next move will always be his best move. Except when it’s not.

And trading away Wright for a point guard that your coach unflinchingly said has likely, already, played his last game in a Mavericks uniform was not your best move.

Listen, I believe in Rajon Rondo and, I believe in the stabilizing effect of a gifted point guard especially in the Western Conference. But out West, the best point guards are scoring point guards. And to give up some offense on your team only to not replace it with more offense at a position in a conference where points matter is not the stuff of delicate genius.

It’s a bad bet, and so last night when J.J. Barea started the game at point guard, he was the third guy to do so in this series.

But let’s go back farther, shall we.

After his team won the championship in 2011, Cuban broke up that team as he gambled on the possibility of luring some high profile free agents in the future. He was intending to position himself prominently into the Dwight Howard and Deron Williams sweepstakes. That he was willing to dismantle that team in anticipation of better things to come was supposed to let his suitors know how serious he was about taking things to the next level.

Only it was his perceived disinterest that left the biggest impression on Williams. Cuban didn’t bother to show up for a meeting and the free agent point guard chose to stay in Brooklyn instead. Howard went to the Los Angeles Lakers.

With that free agency period ending in a whimper in Big D, Cuban set about hoarding cap space in hopes of landing LeBron James, Chris Bosh or Carmelo Anthony last summer. He ended up with Chandler Parsons. Parsons might have made a difference on offense but, not from the bench where he’s been sidelined with an injured knee.

From there, the strategy for the Mavericks has mostly looked like a case study in shaping castaways into contenders with the additions of Richard Jefferson, Charlie Villanueva and Amar’e Stoudemire and the return of Devin Harris.

Tyson Chandler, the main casualty in that 2011 breakup, is back as well. But by now, too much time has passed for things to go back to the way they were and too much of the old Dirk is no more.

And this is the story with billionaire playboys. They often forgo consistency in favor of the big score. They ignore conventional methods for the thrill of rocking the boat.

Cuban’s maddening methods might turn things around sooner rather than later.

But for now, quite frankly, the ship has sailed.

One Reply to “A Gambling Man: Mark Cuban And The Inevitable Playoff Peril Of The Mavericks”

A Gambling Man: Mark Cuban And The Inevitable Playoff Peril Of The Mavericks 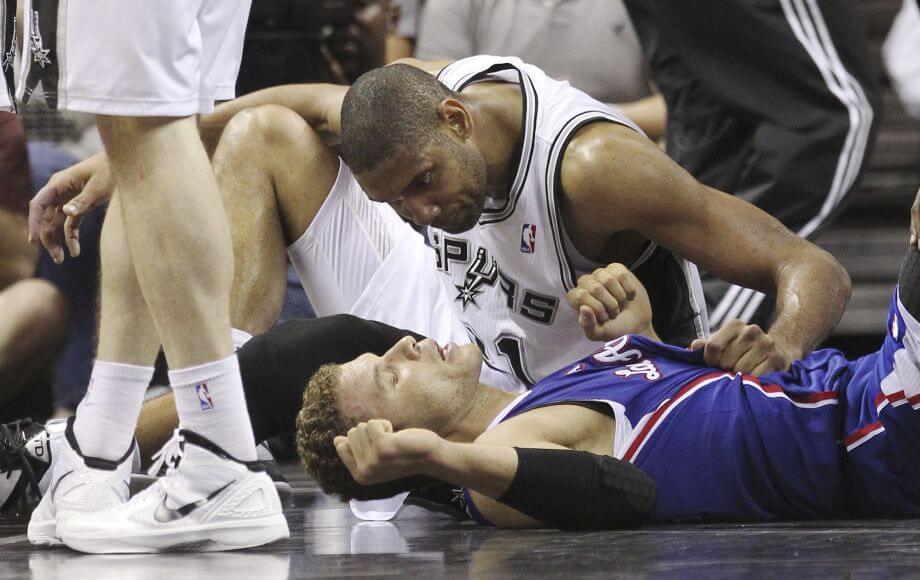