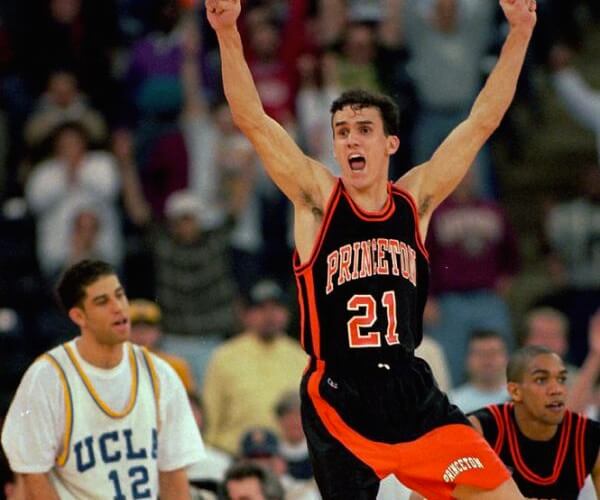 Believe me, it matters.

Any fan will tell you the fulfillment of March Madness is in upsets, correct Final Four picks and buzzer-beaters. They are on to something. When you come into my home and I point to the spot where my 13-year-old self fell to the floor and sobbed out of happiness when Hampton beat Iowa State past my bedtime, it’s not so you know what makes March great.

There are two things I have written about ad nauseam on this site — belief and nostalgia. Our past is where we reflect and understand. The fulfillment of hope gives us belief. The NCAA Tournament embodies both. Between the whistles, the beautiful game of basketball shows us where we’ve been and where we can go. Between the arcs, we know the impossible is never out of reach on a given afternoon, evening or night.

I’ll be the first to admit my love of basketball. It’s simply home to me. My younger years were spent by a hoop alone, yelling out a countdown that always extended until the shot went in. The fake last-gasp shots were imperfect. Through the years, the imperfections are what made the game so gorgeous.

A night with LeBron James on the set sparks awe-inspired thoughts. The NBA is chock-full of perfect shots and swift moves. It will never come close to my heart or soul. Poor shot selection and expired shot clocks know the path to my inner self.

Most of us don’t walk down the street and see supermodels. We know they are on a special island or expensive city that exists only in dreams. However, on a good day when the weather is tolerable, we just might see a cute brunette in a peacoat who reminds us that island isn’t worth the treasure it costs to join.

Imperfect things make us what we are. If David owned more weaponry than a 5-foot-8 point guard, he’d have used it. Luckily, a slingshot provided enough firepower. We all own a slingshot. Few of us have accumulated more than that.

My quest for belief doesn’t involve a Bible, and my thirst for nostalgia isn’t due to old age. I’m 26 and simply believe in the universe as its own entity. Sometimes, I wonder where the faith came from, and other times I’m sure.

Sports helped it find me. Not the faith in a bracket — lord knows I could use the billion dollars — but rather, faith in one shot. In 1996, Princeton vs. UCLA changed my life, and I didn’t know it then. Now I do.

If you took on a reigning national champion and scored only 17 baskets in a game, you’d never stand a chance. With lesser players, there would be no sense in showing up. The differential would be too great for a person to care. Why cash in your chips when you have five bucks?

It’s 18 years later, and the basketball purist in me can’t watch the play enough. A backdoor cut — the most beautiful play in the world — isn’t open. A dribble, a look-away and another try. Suddenly, even the best athlete on the floor is weak. For one moment, a team full of imperfections brought it out of the talented. A back-breaking backdoor cut in the RCA Dome will prompt my tears to this day.

Princeton’s win owned what so many upsets do — an historical finality that reminds you where and who you were. It’s easy to remember that point in our lives and what was ahead of us. We don’t care about Mississippi State’s blowout of the Tigers two nights later. It falls from memory because it’s not important.

The hope that catches me every year grabs hold again. As if coaching the team myself, I tell the underdog to stay within 10 point by the eight-minute TV timeout. I remind them to keep to single digits by the under-four break. On each play, I instruct the young men I don’t know and never will, as if willing them to a final play and last shot on my countdown.

They rarely win. That’s the point. When they do, it’s a place in basketball history books. The spot in the almanac isn’t what sticks in your mind. Rather, the swish or the bank shot makes you find your goosebumps again. With the announcer’s final screams, we are in something greater than memory. We are frozen in a moment that’s accessible at any time.

I can sit in my kitchen on the day my father died 15 years ago and remember his joy and remember that play. A dribble. A look-away. Another try. The simplest play beat the better team. For a night, the brunette twisted her hair and batted her eyelashes. For a moment, nothing else mattered.

If you take inventory of my VHS collection, you’ll find recorded games from the '90s as I attended school. I remember one with Colgate’s Adonal Foyle stretching before his team was crushed by Connecticut. For some reason, I wanted to have the moments on tape — as if the good ones wouldn’t become immortal.

At such a young age, I didn’t have a clue things ever became immortal. As I’ve written and stated millions of times over, my first memory in life was Christian Laettner’s shot and the sobs that put me to bed that night. Heartbreak is real and can be as immortal as Princeton’s layup. It never asks you when and where it’s allowed to apply itself. You never know where it’ll settle down and stay.

I remember the shot in the Spectrum, and I remember the back cut. They are frozen in my mind, heart and soul. Sometimes, you sift through your frozen moments and realize they meant more than they appeared at the time.

Our recollections are as imperfect as we are. We have our slingshots and our simple plays to execute. When we’re lucky enough, our scoreboard reads 41-41 in the challenge once thought impossible.

Then, we see our one chance. Our one dribble, look-away and final try flashes on the court. It’s not likely — but nothing worth celebrating ever is.

We believe it’s possible because we’ve seen it done. It’s as quick as a stab and as slow as the clock. There we go, there we score and there we win. In the blink of an eye, everything freezes and the raw emotion takes over.

Believe me, it matters.

2 Replies to “On Princeton Vs. UCLA In 1996 And Why March Madness Truly Matters”