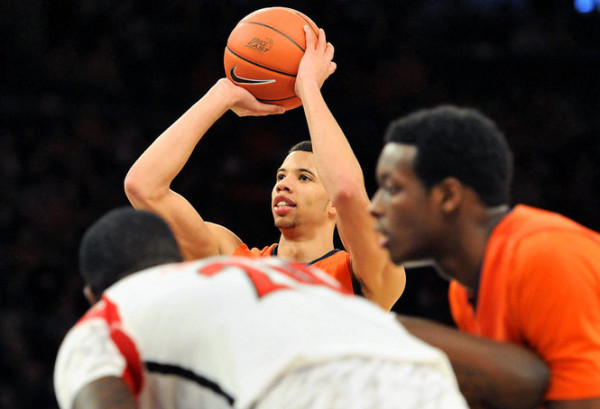 Conference realignment seems to be set up to attract football fans. There have been several conferences that have benefited from the movements and others that have you scratching your head on why they chose to go where they went. For many fans, it seemed like a good idea to allow Pittsburgh, Syracuse, and Louisville into the ACC for football reasons, but one has to wonder if the ACC didn't see the big picture. For years, UNC and Duke have been the standard bearers of ACC supremacy on the basketball court..

From time to time we see the emergence from an unexpected team. Maryland, who has now defected, used to be the that unexpected team. Maybe a Florida State or a Wake Forest in certain years, and even this year's Miami team rose to the top of the conference. But lets keep it real, UNC and Duke run the ACC in hoops.

This year's success of both Syracuse and Louisville has to have longtime Duke and Carolina fans a little worried and excited in the same breath. No longer will they have to wait twice a season for a game of heightened magnitude. Now, when Louisville and Syracuse come to town you can expect a blend of curiosity and heightened crowd participation.

In fact you might even argue that UNC and Duke have been put on notice as Syracuse and Louisville bring something that the ACC has needed for a long time...toughness. 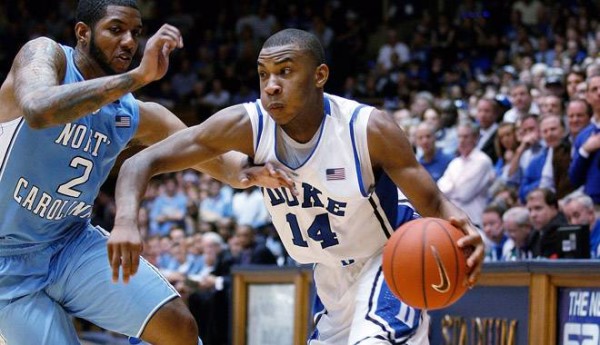 You have to be an idiot if you don't recognize that the Big East was one of the most physical conferences in basketball. The difference of physicality in the Big East versus the ACC aren't remotely comparable. The ACC is a finesse league dominated by two big-name coaches who work the referees and get plenty of big calls when games are on the line. The ACC also doesn't boast a ton of power forwards and centers who can dominate the paint. They do it on the perimeter and use athletic big men to create mismatches.

Big East basketball is just the opposite. The wing players are hybrids who can fill it up but have the ability to get physical and post you up too.

The difference now will be that two of the three incoming teams (sorry Pittsburgh) have Hall of Fame caliber coaches who have just as much clout as the big two (Roy, Coach K) in the ACC. The ACC can honestly say it boasts four legitimate Hall of Fame coaches and when these teams collide, everyone can expect the fireworks on the sideline to be as intense as the action on the court.

It's not that often that two final four teams are able to walk right into your conference and one of them is the defending national champion. The ACC may have struck gold with this addition but traditionalists have been warned. UNC, Duke and the rest of the ACC has officially been put on notice. There are a couple of new sheriffs in town and they mean business. How awkward would it be to see UNC or Duke actually finish fourth place in the ACC. Either way it goes, it's going to be on hell of a basketball season next year.

2 Replies to “Louisville and Syracuse's Addition To The ACC Should Have Duke, UNC And The Rest On Alert”