On Monday night, Klay Thompson exploded for 60 points, a career high earning him the honors of becoming one of the only three active players in the NBA to score at least that many in a single game. The fact that Thompson can explode in bunches as the Golden State Warriors’ third option is the reason a lot of NBA oddsmakers favored the Warriors to finish the season as NBA champions. Thompson has a history of erupting when opposing defenses least expect it, but Thompson’s big nights are often a product of great offensive design. Against the Indiana Pacers, Thompson found himself with a plethora of fantastic looks because of myriad off the ball actions that gave him the space to shoot or the lane to get to the rim.

While Steph Curry and Kevin Durant operate as the team’s offensive leaders, Steve Kerr’s ability to use them as decoys to get other guys looks has been fantastic this season. And if that weren’t enough to free a great shooter like Thompson, Zaza Pachulia and Draymond Green have done an amazing job helping to free Thompson with solid, timely screens. Thompson got things going early, and his teammates lifted him up to keep it going for a career night that the whole team enjoyed on the sidelines.

Thompson shot 20-for-33 on the evening, and 19 of his made field goals were assisted. He only possessed the ball for a mere 1:28 last night (for comparison’s sake, Kobe Bryant had the ball in his hands for 6:44 in the NBA’s and his last 60-point game before Tuesday night). They’re impressive numbers, but watching how the Warriors made this happen is more impressive.

This first set begins with Green initiating the offense by hitting Pachulia, who arrived at the pinch post via a flash cut. As Green cuts hard off Pachulia’s outside shoulder, he keeps the weak-side defenders occupied. If either Myles Turner or Thaddeus Young start looking over at the action happening on the other side of the court, it’s an easy layup or dunk for Green. On the strong side, Thompson, Curry and Durant are bunched up on the opposite wing. Durant is working as a decoy, leaning in on Paul George as if he’s going to pop out for a look on the perimeter with a swing pass from Pachulia. Instead, Durant remains stationary, keeping George’s focus as Curry sets a pin-down screen for Thompson who curls to the basket. With Monta Ellis trying to stay on Thompson’s hip and Jeff Teague focused on not letting Curry find space, there’s no one to impede Thompson’s cut to the rim. Pachulia puts the ball right on the money and Thompson has an easy two points.

Here, we see the Warriors run the same action with Andre Iguodala playing Green’s role and Green flashing to the pinch a la Pachulia, who slides over to the strong side to fill in for the sidelined Durant. Since Pachulia isn’t the shooting threat that Durant is, Turner can sag off and prevent Thompson from cutting to the basket for another open layup. Instead, Curry and Pachulia run a staggered screen to free up Thompson at the top of the perimeter. With Rodney Stuckey chasing an already hot Thompson around two screens, it’s impossible for him to recover in time to contest a shot. Young slides off Green to try to contest Thompson’s shot off the dribble, but it’s too little too late and another easy bucket for the Warriors.

In this particular set, the Warriors jump right into a Horns set out of the secondary break. With Curry handling the ball, Thompson and Kevin Looney set the high screens as Iguodala and Durant set up in the corners. Curry comes off Looney’s screen with a purpose, drawing the eyes of two-thirds of the defenders at the top of the key. While Teague is chasing Curry around Looney’s screen, Turner starts to sag to prevent Curry from turning the corner. With Turner out of the way, Looney turns his attention to Ellis, setting a cross screen on the shooting guard allowing Thompson to fill the area that Curry left at the top of the key and knock down a wide-open three-pointer to give him 40 points at the half.

In this last set, the bucket that gets Thompson 60 on the night, the Warriors run a simple read-and-react action between Thompson, Iguodala and JaVale McGee. With Iguodala handling the ball, Thompson comes down from the right wing in what looks like a down screen for McGee. Instead, it turns into McGee screening George as Thompson makes a V-Cut to the corner. As good as George is as a defender, McGee’s screen does just enough to where George’s contest is a tad bit late to affect Thompson’s corner three-point attempt.

Even though it was Thompson who lit up the box score, his numbers were a complete team effort. 60 points in 29 minutes is slightly off the pace Wilt Chamberlain had during his 100-point night. Thompson became only the second player to record at least 60 points in only three-quarters of play (Bryant scored 62 against Dallas in 2005), but Thompson only needed to dribble 11 times to do so. We often want to contextualize these big nights by setting the accomplishment next to similar feats, and even as fun as that can be, we should still take the time just to appreciate what Thompson did on a random December night against the Pacers. 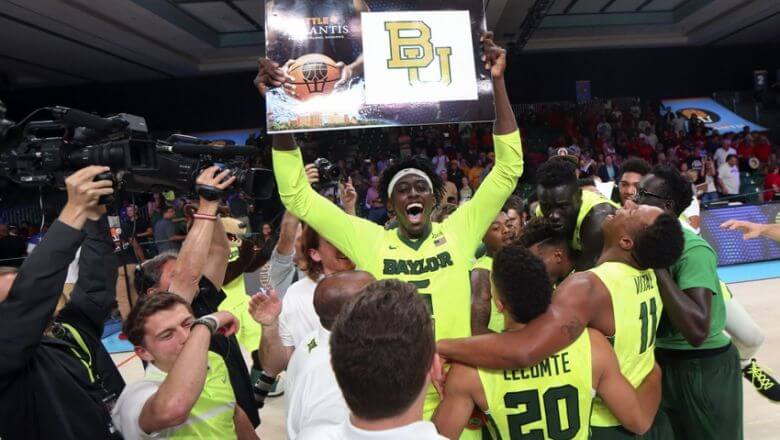 Basketball We Were All Really Wrong About The Baylor Bears 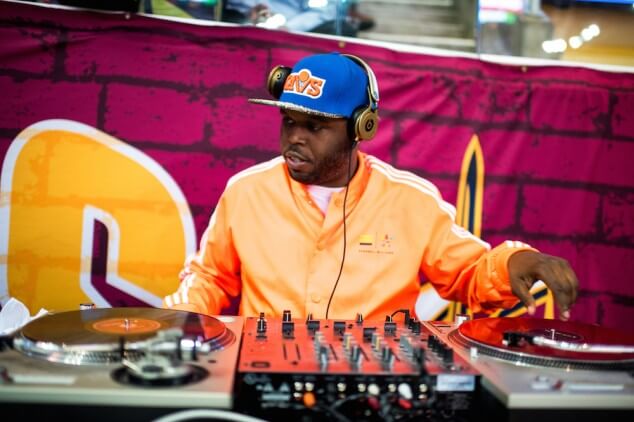 Basketball DJ Steph Floss Reflects on His Brotherhood with Le…
0