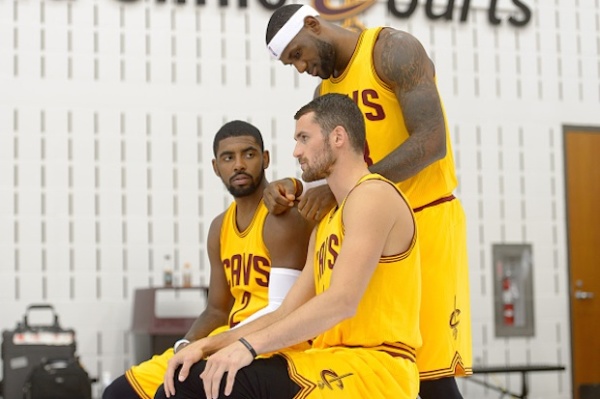 In a few more days, the NBA season will officially be upon us, and that means all of the story lines that have been concocted in the offseason will start to play out. That means the spotlight on the Cleveland Cavaliers will be increased tenfold. For LeBron James, this isn’t anything new, but the same cannot be said for his newest running mates. Whether they truly realize it or not, this inaugural “Big 3” season for Kevin Love and Kyrie Irving has put in place a whole new level of expectations.

Pardon me for stating the obvious, but this Cleveland team is projected to be good. How good depends on who you ask, but we’re looking at a team that will either be historically great or modern-day amazing. There really isn’t room for error on this team, especially after seeing the makeup. A lineup with James, Love and Irving at the core, with more than capable veterans and youth filling out the rotation, makes Cleveland the team to beat in the East. I don’t say that to make some sort of “hot take.” I say it because the NBA typically plays out how we expect it. No matter what bumps and snags come along during an 82-game season, the top teams always seem to find a way to endure.

That is why the contributions from Kevin Love and Kyrie Irving will be so pivotal to the run this Cavaliers team makes. Both players have routinely competed on mediocre to just plain awful teams. As a seasoned veteran, it was easy to understand Love’s frustrations in Minnesota. For Irving, entering his fourth season at only 22 years of age, he hasn’t been tainted with the scorn of playing on a terrible team just yet. Sure, there have been rumblings that he at times wasn’t happy, but nothing compared to a player who has never made the playoffs in six full seasons. 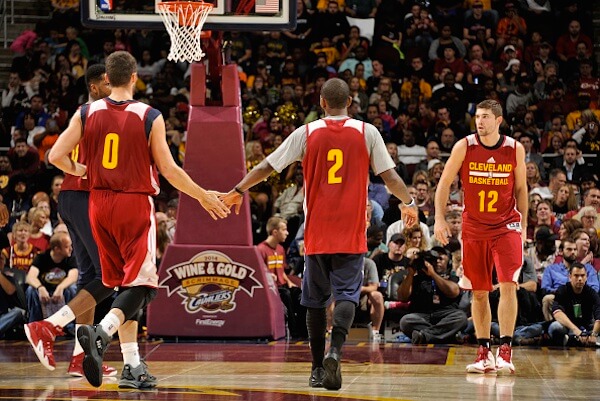 In the case of Kevin Love, you have a player who has had great individual, even historical success (see the 2010-11 season). As a power forward, he compares to Chris Bosh in the sense that he provides a versatile big man who can flat-out score. You won’t see him lining up at center, but as a stretch four there isn’t a player in the NBA more dynamic than him.

There will of course be some growing pains in tolerating Loves play. He isn’t anything close to the defender that Bosh became in Miami and probably won’t improve by much. Truthfully, if head coach David Blatt can just get some sort of defensive effort from Love that will be a positive sign, because offensively there will be plenty of nights where the game will be decided by him.

If anyone is worried that Love’s presence will diminish with Cleveland, fret not. As great as LeBron is, to overcome the odds that are stacked against the Cavs, he cannot carry this team to anything. The Cavs' success will fall solely on how well the supporting cast members embrace their roles.

That is why Kyrie Irving is the definitive piece of this puzzle. With all due respect to Mo Williams, Irving is by far the best point guard LeBron has ever played with. Now if you also believe that the 22-year-old has the potential to be a top five player in the world one day, then this season could very well mark his ascension. Dwyane Wade was already at that point when Miami’s “Big 3” formed, but health concerns reduced his impact greatly.

Barring any major injuries, Kyrie is gearing up to compete at an elite level for maybe the next 10 years or more. We need to be realistic with the window on LeBron’s prime and accept the fact that at some point regression will come into play. While Irving has also been lackluster on defense, the preseason has shown efforts (though minor) at getting better on that end of the floor. A huge leap there isn’t expected, but as the primary ball handler it will be his abilities to run an offense that truly dictate his progression. Irving is certainly no Wade, but that’s not a slight. It’s still uncertain just what Irving will evolve into, but all signs point to an incredible veteran as he continues to hone his talents.

Per Dave McMenamin of ESPN.com:

"I'll probably handle the ball a little bit, but this is Kyrie [Irving]'s show," James said Saturday after the team's first practice of training camp. "He's our point guard. He's our floor general, and we need him to put us in position to succeed offensively. He has to demand that and command that from us with him handling the ball."

Last season Irving averaged a career best 6.1 assists, which speaks more on the roster he was dealing with than his abilities as a playmaker. With a more cohesive and motivated group, it is very possible that we see a dramatic leap there, as I believe he’ll average double-digit assists. He’s already received the green light from LeBron to run the team, but that requires him to be more submissive in getting his teammates open looks. His scoring may dip below 20 a game, but it also wouldn’t be a shock if that increased as well. There just aren’t many players as fast and as dangerous as Irving when he gets on a hot streak. Playing on a bad team forced him to make careless plays, but the NBA has shown us how better circumstances tend to elevate those involved.

After shining in the FIBA Worlds this past summer, expect Irving to take the next step in his NBA progression this season. This may be King James' team, but Irving is the natural successor to the throne.

No matter how the season plays out, every move made by Cleveland will capture attention. Kevin Love has always wanted to win, and now that he is on a team that is constructed to do just that, how will he handle the pressure? Kyrie Irving is primed to be the next big thing, and many wonder just how long it will be until he lives up to the billing. Thrust into unfamiliar territory, their professional journeys have become that more intriguing. Fortunately for them, they’ve already seen the worst, so their fortunes can only improve from here.