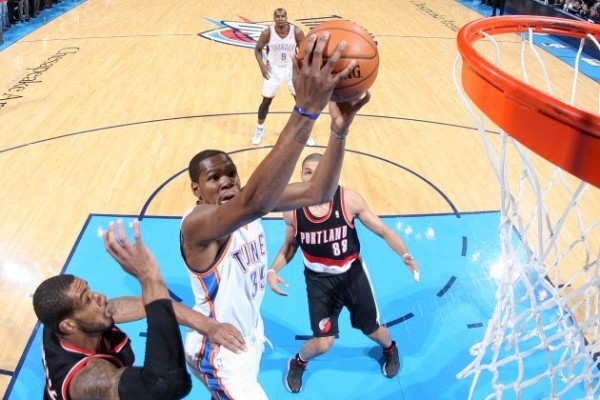 LeBron James recited Kevin Durant’s statistics from tonight verbatim off the top of his head. “I got a KD watch on my phone,” LeBron said.

There are times when we get so caught up in the competition of sports that we tend to ignore this very real emotion. As the quote by LeBron James suggests, his relationship with Kevin Durant isn’t limited by the mutual respect they have for each other on the court. If anything, it’s the fact that at the heart of it all, they’re still fans of the game themselves. Despite regularly putting on displays of greatness himself, being able to genuinely appreciate when your peer, and oftentimes rival, is doing reminds us that what we’re seeing shouldn’t be taken for granted.

Which makes everything that Kevin Durant has done in this recent string of games that much more impressive. Last night, Durant put up a 46-point game, shooting 17-25. The high-scoring game came in a win where he led the Oklahoma City Thunder against a strong Portland Trail Blazers team. Of course, the game itself was just another in a line big ones for Durant, as he extended his streak of 30+-point games to eight.

The streak, as impressive as it is, marks a turning point for Durant that’s more apparent than anything else he’s accomplished thus far. Besides having one of the best months of January in NBA history, Durant is putting together an MVP campaign that can’t be denied. Yeah, it may seem like this is something that he does all the time, but in reality the numbers prove this is special.

Durant is two games away from tying Kobe Bryant (2012-13) and King James himself (2006-07) for most consecutive games with 30 points or more. Two games from entering a race with peers that often overshadow him, and three games from changing history altogether. We’re currently watching a player whose résumé sure enough speaks for itself; carve his way into the legendary ranks of his sport. The streak will most likely end at some point (or possibly not with the hot hand Durant has). When that day comes, and we’re a few months in the future watching him possibly receive his first MVP award, we’re going to look back at this particular string of games. Some will even take a look back at specific moments from last night’s game as the benchmark. Whether it was watching him carry the Thunder from an early deficit by scoring 11 of their first 13 points or the quarter-ending 3-point shot he made to close out the 3rd quarter.

We’ll take the highlights for granted, but those that know, know. LeBron knows better than that. He may never say it, but one can assume that as a student of the game he isn’t just applauding Durant just to be nice. He’s excited just like the rest of us who love this game and are watching history change, even if it’s at the expense of a record he shares. It’s admiration at its finest, and if it inspires the King to start his own streak of epic proportions, we’ll all be winners in the process.

Here are your morning links for Wednesday.

Why In The World Did Michael Spinks and His Manager Butch Lewis Provoke Mike Tyson?  – The Smoking Section

The Way We Were – Grantland

Why Your Playoff Team Didn’t Reach XLVIII: AFC – The MMQB

Why Trading Danny Granger Doesn’t Make Any Sense for the Pacers – 8 Points, 9 Seconds 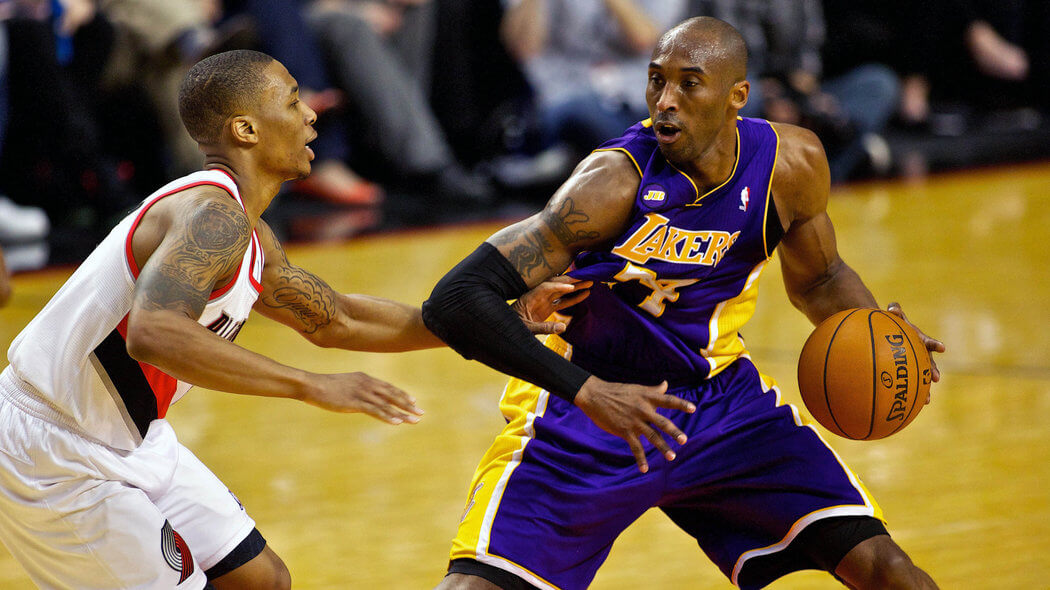