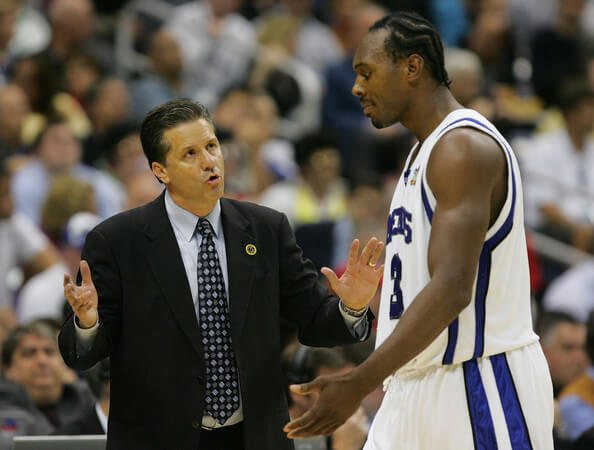 The time was April 2008. It was my senior year in college, and by this time of the school year, the last thing on anybody's mind who was graduating was class. There were those enjoying the last few weeks of undergrad before "real life" gave us all the finger. There was the mad rush to sleep with whoever it was you had missed out on the previous four (or five or six) years. Then, there were the people who were drunk and/or high all day. Looking back, it was a surreal time defined by the people in it and the moments we all experienced.

One of those moments in particular was the 2008 NCAA Men's National Championship between Kansas and Memphis. What's interesting about this game was the build-up. Kansas entered the contest after blasting UNC the previous game (I remember, they were up 40-12 at one point) while Memphis had been arguably the biggest story in college ball the entire year led by the ever-so-charasmatic John Calipari and some Chicago kid named Derrick Rose. Maybe, at some point, I sold my soul to someone I had no business to, but myself, betting and championship games haven't gone right since the night of April 7, 2008. Memphis completely losing the ability to ice free throws at the end of the game remains one of the coldest and most painful memories for me not, and it wasn't because I was fan of the team. I wasn't. Instead, I lost $200. And $200 to a broke college student is everything in the world, and then some. I'd list what it could buy, but I'm not into incriminating myself.

Fast forward four years, Derrick Rose is reigning MVP of the NBA and the face of the franchise currently with the best record in the league. Mario Chalmers is the point guard on basketball's version of the nWo. Joey Dorsey may or may not have those same cornrows and Chris Douglas Roberts, while not a star, still has some of the coolest initials in sports. Meanwhile, whatever happened to Sherron Collins remains a mystery (i.e. I'm too lazy to check Google).

And here's John Calipari returning to the scene of the crime with a case of deja vu that's all too eerie. Instead of Tigers this time around, he's got Wildcats. Instead of Derrick Rose, he's got the expected #1 overall pick in June's draft in Anthony Davis. And the other parts to the puzzle, Michael Kidd-Gilchrist, Marquis Teague, Terrance Jones and Doron Lamb will cash checks in the NBA at some point in the future. Coach Cal, a general defined by both equal parts controversy, winning and pop culture credibility finds himself on the doorstep of the only accomplishment left on his mantle. 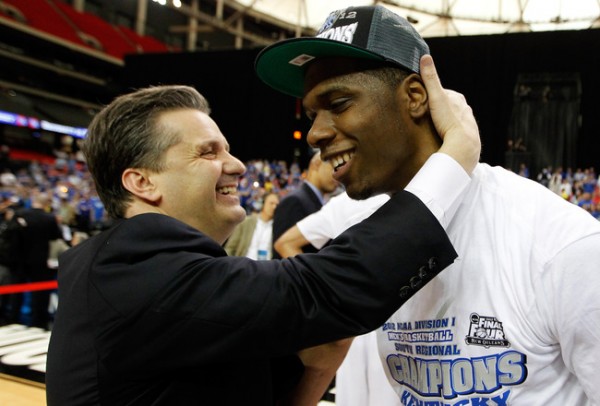 For as terrific defensive team as Louisville is, they shouldn't beat Kentucky. They can, and it wouldn't be too surprising if they did. But the story plays out better if they don't. A national title this year helps alleviate the black cloud hovering over him that has for so many other marquee names in sports such as: Peyton Manning pre-2007 Super Bowl, Michael Jordan pre-1991 NBA Finals, Jerry West pre-1972 NBA Finals and LeBron James, well, right now.  For as great a recruiter and motivator as he is in college basketball, he has yet to win "the game." Championships shouldn't be the lone measuring stick how a coach/player is remembered - keep in mind, Elgin Baylor never won a ring and is considered one of the greatest players to ever step foot on a basketball court - but they are the most prized possession. You play to win the game. And you win games to ultimately win championships.

Righting the wrongs of 2008 against the school which took his national title from under his nose in the closing moments of what was a thrilling game is the type of storylines sports thrive off of. And if Calipari can somehow unlock the secret of winning championships, given the talent he's able to matriculate into Kentucky each year, who knows what sort of potential long-term freak show in the SEC we're envisioning. The book damn near writes itself.

All Calipari and Kansas have to do is make it there first.