Two days ago, James Harden effectively ruined Wesley Johnson, the morale of the Los Angeles Clippers, the half of the city that actively roots for the Clippers, Billy Crystal, Clipper Darrell and so on. It made a crossover appear as an international incident, where the reaction video from Trevor Ariza’s And-1 Tour certified high step to the lower bowl in Staples Center collectively anticipating the finale. And Harden punctuated it not with the licking of his lips and swish of the three: it was yelling “God damn!” like a DJ Whoo Kid adlib. It was glorious, it was basketball poetry all within a two-step of disrespect.

The Houston Rockets, a team everyone has fawned over this season are playing the kind of basketball that borders on the absurd and Harden is basketball’s version of Doctor Strange. He conjures up spells off the handle, a step back that is as close to his signature move as drawing fouls and getting to the paint. The most disrespectful play in basketball is not a dunk and the after effect. Rather, it’s just as Jesus Shuttlesworth described in He Got Game.

“Just coming down the court, you got a defender in your way, and take to the left, and you take him to the right. He’s falling back and you just … J right in his face. And then you look at him, and then you say, ‘What?’”

Everyone can’t dunk. Everyone may not have a pretty, spectacular jump shot. But the goal of scoring is creating enough space between you and your defender. Kids in the driveway can dream of that step back pull up jumper to make a crowd go crazy while practicing on the top rated basketball hoops by americansportsdata.

Harden’s crossover-stare-into-the-depths-of-your-soul-before-he-takes-it step-back over Johnson may not even be the most apropos step back three Harden has landed this year. Take into account the third matchup between the Rockets and the Golden State Warriors, aka the team the Rockets “were constructed to beat” if you agree with Draymond Green. When Wes Johnson got his ankles taken, it was in the midst of a 28-7 first quarter blow out. When it was Steph Curry on the receiving end of the Harden step back, it was to seal a Rockets fourth-quarter comeback against the Dubs that earned them the season series. The Johnson ankle taking was viral. The Steph step back, and game clincher had the more significant impact. 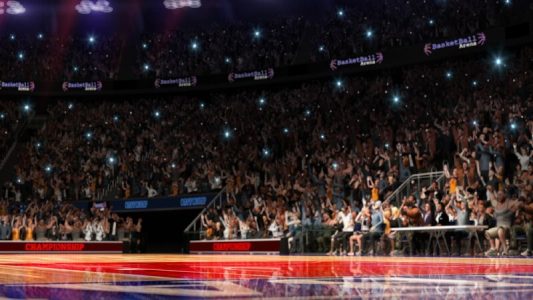 Every player has a signature moment during their MVP season. Harden, though wizardry and consistency are more than likely using his two MVP-runner up finishes as fuel to go completely nuts on the league. It could be the 60-point triple-double as the ridiculous stat line of the 2017-2018 season. It could even be the fact he was a critical piece of not one, but two 14-game winning streaks (one of which is currently ongoing). Or the fact that even though he sat out two weeks this year, he still leads the league in scoring (31.3 PPG) and is third in assists (8.9 APG).

Even amazing, Rockets fans have already begun clutching their pearls at the thought that Anthony Davis, who officially morphed into Anthony F’n Davis after Boogie Cousins went down, would snatch the MVP away from him should the Pelicans hover around the 4th or 5th seed in the West. They know this story because they feel their star is disrespected, a guy with a bullseye on his back for defensive criticism (he’s currently 10th in the league in steals per game) and whatever happened in Game 6 of last year’s Western Conference Semi-Finals against the Spurs. The latter, a valid criticism. The former, merely a collage of YouTube footage, when Harden played under Kevin McHale.

Certain relationships don’t work out. The chemistry lesson that is the current makeup of the Rockets shouldn’t work, but instead, it’s the 2007 Suns on HGH, listening to Nipsey Hussle’s “Last Time That I Checc’d” as loud as possible. Their style of play is gym music: fast-paced, mean and adaptable to any scenario and situation. Harden walks into any arena as if he has pre-workout tucked into his Adidas with a singular motto: “Same as it always is. Kill.”

The Rockets are the league’s most disrespectful team, only amplified by Monday night’s win over Utah when Chris Paul *checks notes* dapped up Harden’s mom after a 24-second violation, resulting in a turnover …This was  *checks more notes* after they were down double digits and *flips page* were down four key players, both in the starting lineup and reserves. Wednesday night only added to the discussion. The NBA is far more fun when there’s a team that doesn’t care what you do when you play them; they feel as if they’re going to run through you.

And James Harden is the leader of the most confident, disrespectful band in the league.