What do you do when one of your childhood heroes dies? You crawl out of bed and set out to make a pot of coffee. You put the grounds in the filter. You grab the pot and put it under the faucet. You stare into the cabinet door a foot from your face as the water rinses away what’s left from yesterday.

Then, you feel the lump in your throat rise, the tears in your eyes well up and you hold still for a second.

When I heard former basketball coach Jerry Tarkanian passed away on Wednesday, I felt it. Days removed from my favorite team’s figurehead passing in Dean Smith, my favorite coach went with him.

In a few fleeting seconds, I thought about the differences in today and yesterday, the yesterday that existed when I was a boy. A child who couldn’t watch the 1991 NCAA Tournament highlight reel enough times.

The camera pans to Greg Anthony walking the ball up the court for Tarkanian’s Runnin’ Rebels. Jim Nantz’s voice rings in my mind at the moment in a West Philadelphia studio apartment.

“This time,” he says with his patented dramatic pause inserted for effect, “Duke had an answer.”

My VCR shut off each time after the first. I never understood why Larry Johnson didn’t take the shot he had on that final play. I didn’t want to watch Bobby Hurley hold the ball at his hip as he jumped in celebration.

It hurt me as a child. A boy who didn’t see that game but remembered his first memory — a Christian Laettner jump shot mere miles from where I live today. Duke was always the enemy. UNLV was my retroactive ally.

That moment never stopped hurting me, and I wince at the thought of it. I wince like I’m washing a coffee pot on a Wednesday afternoon.

I stand. And I hurt.

I’ve documented on this very site the story of how I came to write a story about Tarkanian and further explained what I discovered in that journey. The man was no villain — just a man. The teams were something of glory that only yesteryear can hold. Tark’s presence in basketball’s Hall of Fame was well overdue when it happened in 2013.

The interviews happened mostly in 2012. We talked basketball, his legacy, life, and that was the extent of it. We talked once every couple of weeks for a stretch — probably a dozen or so times total.

I visited Las Vegas three times in that span. He had prior engagements out of town. We never sat down and interviewed. But, the phone calls were enough because I could always remember the fear of the first time I picked up the phone.

My hero was sitting in a recliner or on a couch somewhere with a phone next to him, and I could barely dial the numbers.

When I did, I learned what I knew. He was a renegade, a fighter who believed injustice needed to be pointed out and the establishment didn’t deserve the benefit of the doubt. I admired him.

There are Dean Smiths of the world who we long to become. Good and honorable men who can achieve whatever they want through disciplined manners. My father was one of these men, like my brother is now. I have a great deal of admiration for them all.

And there are also Jerry Tarkanians. The men who tell the man where he can shove it as they go and do what they want. When they succeed, it’s just as admirable, but for other reasons.

He came to me through that video. He chomped on his towel. During games in a high school AAU tournament, so did I.

I just identified with the guy.

My mind refuses to let an incident be the start and end point of anything. I must analyze and wonder with self-awareness why it affects me and what it all means.

In this way, I’m not unlike Smith and his study of Kierkegaard text. After all, I was a philosophy major.

When I learned of Tark’s death, I texted my high school basketball coaches with whom I’d enjoyed long discussions about the man’s strategies. They sent their condolences. They remembered my interviews. They had suggested I ask about the amoeba zone.

Tark told me the truth.

“We played man 99 percent of the time,” he said with a chuckle. “It just so happened it worked in (the 1990 title game against Duke), and everyone wanted to know about it.”

He sold some books and tapes on the trendy defense, but man-to-man was his go-to.

When you had the men he had, there was no reason to out-think yourself.

I thought about that conversation and the others and wondered what it represented in my life.

When I started the idea of a story on Tark, it seemed bigger than the whole goddamn universe. If I could do it, I would take a huge step toward the journalist I wanted to become.

I covered high school games and called him in my free time, and that story didn’t come until the stars aligned.

It’s still the most proud I’ve ever been of my work. I grew through the experience. Now, I keep it in my back pocket to remind myself what an idea can become with hard work and persistence. But, the idea must be one that pushes you toward the light you know is deep inside.

That story did it for me.

Larry Chin was the guy who folded the towels Tark chewed. He spent years as UNLV’s basketball manager.

We spoke on one of my trips to the desert city, and he gave me an hour or more of interview time. He was a delightful man who took his work seriously.

He’s been employed by the university since 1976.

I called him on Wednesday night in hopes he’d be kind enough to answer some questions. Ecstatically he answered the phone and said he remembered me.

“As a UNLV basketball community, we knew he was struggling the last several years,” Chin says. “We hoped he’d live forever, but that isn’t possible. We knew this day would come.” 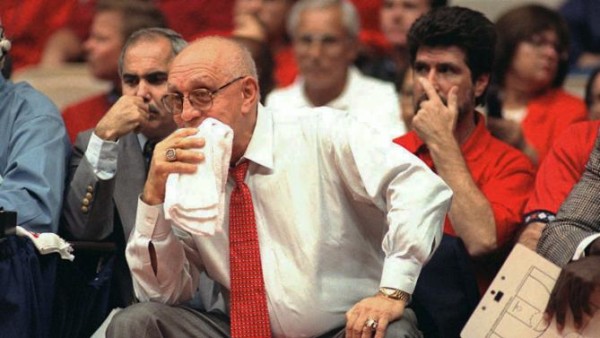 Chin talked about how fair the man was as a boss and coach. He was true to his word whenever he gave it, Chin said. If things didn’t work out, Tark would find whatever avenue he could to help one of his guys.

It was one of the things he respected so much about the legendary coach.

He also loved the way he constructed the teams.

“You look at the things he did in the ’70s and what you see in basketball today,” Chin explained. “You think, ‘This is the stuff we were doing then.’”

When Chin earned his stripes and went from student-manager to the full-time manager, he went into Tarkanian’s office for an introduction.

The coach already knew him, but Chin figured he’d better “give him a spiel” about how he’d handle the team.

“He pauses,” Chin remembers. “’Well, Larry,’ he says. ‘Let me tell you something. I know you’ll do a good job, and unless I hear otherwise I assume you’re doing a good job. I will never tell you how to do your job.

And nobody, not the NCAA (or “en cee two ay” as the coach called it), not Larry Chin or anyone else for that matter told him how to do his job.

One day you’re telling your teacher you want to be a professional basketball player, and the next you’re sucking down Marlboros wondering when the right person is going to read your story, offer you a job and make you famous.

Well, maybe not you.

Through that interview process, I felt like I had found a friend in Tark. I hope he felt the same.

Now when I look back at it, I know how much the project meant to me and my career. I know I included it with any résumé I ever sent. My talent shined through because I felt passionately about the topic. I can always hang my hat on that.

The process of evolution for me as a journalist is no different from that of growing older. I’m no longer a child, and yet I can go back to the VHS that plays Nantz’s voice in a second. I can still see Tark on the sidelines coaching Fresno State. 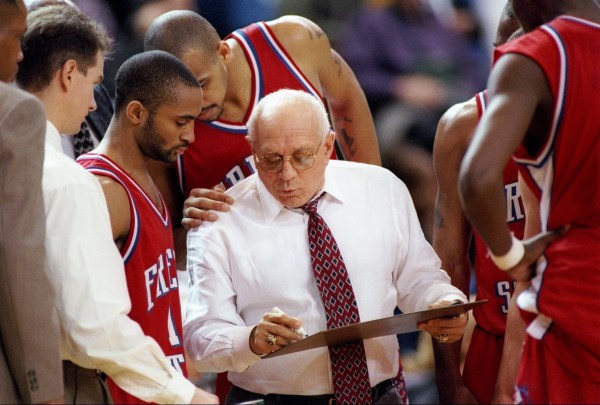 What it tells me is that no matter what someone does, it’s important we have those heroes who leave us. They become mortal with everything we learn about them, the stories, books and documentaries. Eventually, there’s still a tiny piece of that hero within. He keeps the child inside alive.

Our heroes die. That’s the way it is.

“I help with all the sports now,” Chin says. “People ask me if I miss it. I miss Tark and the players, but I don’t miss men’s basketball.

It’s hard not to agree with Chin. Many miss those teams, Tarkanian’s aura and the idea of the best damned basketball team in the land playing by its own rules in Sin City in front of Gucci Row.

There just hasn’t been anything like it since. There never will.

The picture is so big, so colorful that it’s hard not to miss that. Even if you didn’t witness it.

Believe it or not, you can always miss what you didn’t see.

One day down the road, I’ll clean another coffee pot in another apartment in another town and concentrate on the details of another lost hero.

Even in those times, I’ll still miss my coach and the conversations we shared. 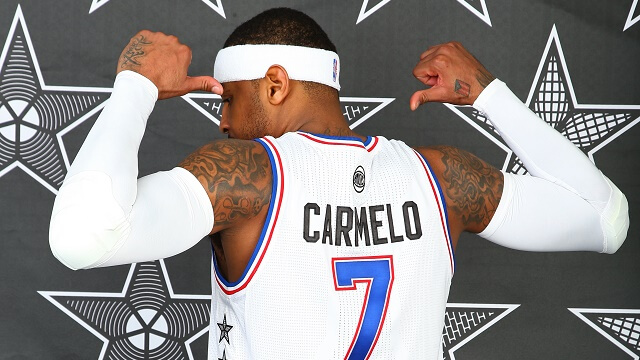 Basketball Greg Howard vs. Eddie Maisonet (The Welcome To NYC… 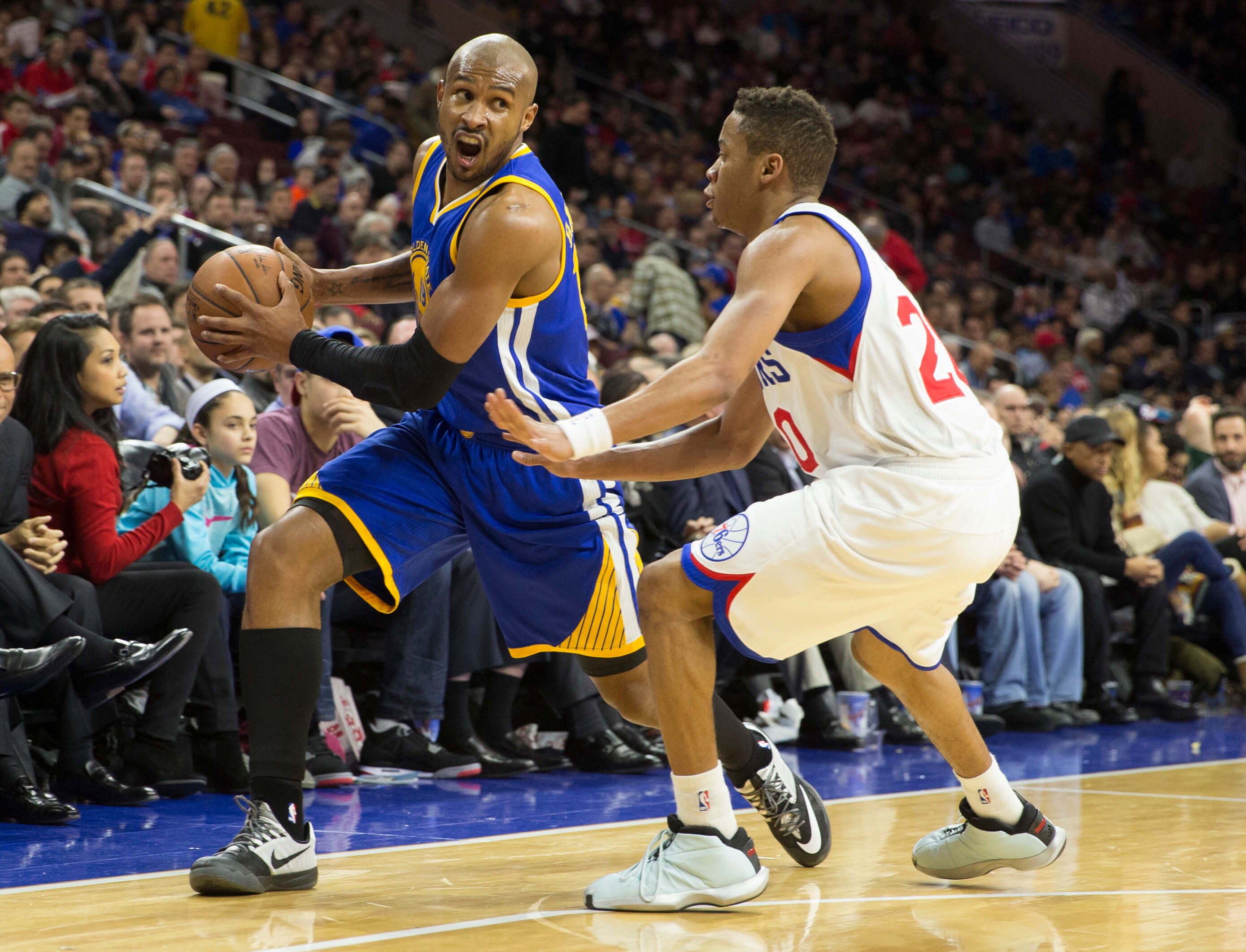 Basketball Warriors Vs. 76ers: The Difference Between Depth A…
1