Have you ever been anticipating an event so much that you go over how it’ll turn out in your mind a million times? Then it happens and everything that can possibly go wrong does, and it’s just nothing at all like you thought it would be? Yeah, that pretty much sums up the start of the New Orleans Pelicans’ (1-10) season.

The team was in high spirits in anticipation of 2015-16 after ending last season on a bittersweet note. The Pelicans may have gotten swept by the Golden State Warriors in the postseason, but everyone knew they were the extreme underdogs. The Warriors went on to become the NBA champions after all, and the Pelicans hadn’t as much as sniffed the playoffs since 2011 (then as the Hornets).

With the taste of the playoffs still fresh, the team made a big move in firing head coach Monty Williams and hiring Warriors assistant Alvin Gentry. Combine that with the consistent excitement over how much Anthony Davis improves year to year with the thought of a fully healthy Pelicans roster, and you have the makings of one of the must-see teams of the new season.

That is until those dreams of a healthy roster turned into a complete nightmare. Before you knew it, the only familiar starters on the team were Davis and Eric Gordon. Here is the timeline of the ill-timed Pelicans’ injuries:

On top of this, Jrue Holiday is not 100 percent yet. He has not been approved by doctors to play in back-to-backs and will continue to have his minutes restricted through January. Each one of those injuries presents a huge blow to the team and causes a trickle-down effect. Pondexter was an underrated addition to the roster in the middle of last season as the team was desperate for help at the forward position. Evans got shuffled between point and shooting guard as well as small forward and stepped up tremendously in the absence of Holiday. He averaged 16.6 points, 6.6 assists and 5.3 rebounds per game, the most complete season of his career. To fill in guard depth, the team signed Cole, who averaged 9.9 points off the bench.

With all of these guys sidelined, the team looked to unlikely sources to fill their roles. In the team’s regular-season opener at Golden State, the Pelicans went with a starting lineup of: Nate Robinson, Gordon, Dante Cunningham, Davis and Perkins. They only had nine players available for this game. Robinson was unable to call New Orleans his home, as he was released after the second game.

Desperation: a state of hopelessness leading to rashness (Merriam-Webster).

With just Gordon as a consistent starter and Holiday limited, the Pelicans looked for more depth at the guard spot. They signed Toney Douglas, who averaged 4.3 points on 37 percent shooting in 12 regular-season games with the Pelicans last year. They also turned to another familiar face in Jimmer Fredette to aid in helping out the guards. See: above definition.

It was kind of difficult to see the real overall holes in the team through the first three games because two of those were against the Warriors. Seriously, Angry Warriors Clan ain’t nothin’ to [expletive] with. Now, through 10 games we can see where the Pelicans are lacking.

On the bright side, offensively, they are still full of talent. They are tied for 14th in the league with Toronto in points per game at 101.7 and have a field goal percentage of 43 percent. In fact, here is a hilarious stat to brighten your day: Perkins is the team leader in field goal percentage at 80 percent. (Of course, that is only from three games played and 10 shots taken, but still, he made 8-out-of-10! All hail Kendrick Perkins, the offensive slayer.)

The defensive side of the court is the real issue. New Orleans ranks last in the league in opponents’ PPG by allowing a whopping average of 111. Opposing teams average 48 percent shooting from the field. The Pelicans also are getting outrebounded, which differs from last season in which the team was +2 in rebound per game differential. This season, they are -5.9 while only pulling in 40 rpg. This is something the team thought it avoided by attempting to solidify the frontcourt by shoveling millions into it. There was the Perkins signing for backup measures (of course he is out now), Davis’ deserved $145 million contract extension and Asik’s head-scratching $60 million contract. For that $60 million, Asik is averaging 4.4 rpg. To put that into perspective, the league’s current leading rebounder is the Pistons’ Andre Drummond at 19). In his defense, Asik is still plagued by the calf injury and has been limited, only playing about 17 minutes a night. Still, after thinking they found their big center just a few months ago, there are now rumors of Asik being on the trading block.

After the Pelicans’ loss to the New York Knicks on Sunday, Gentry made comments about how the team resorting to individualistic play and trying to do too much contribute to their downfall.

“We have to stop getting off to these bad starts in the third quarter, where we start doing things individually,” he told reporters. “When we decide that we can do it on our own, we’re going to struggle and we’re going to have turnovers and shoot bad shots. That’s going to lead to them in the open court, and that is exactly what happened.”

Gentry also discussed the team’s defensive struggles and what needs to happen to see those issues rectified.

“Eight games into the season, we were leading the league in pace. That doesn’t mean anything if you can’t stop someone. I’ve seen that show before. I’ve coached that show before, it doesn’t work out. So we got to take care of the defensive part of it first. The offense is going to be fine,” (nola.com).

He also addressed the team giving up too many second-chance shots and not finishing games, and admitted that the coaches must be involved in correcting it.

On a scale of 1 to Sixers, things are not so bad for the Pelicans. They now have a coach who recognizes nagging team issues and takes credit for needing to fix many of the problems. Although limited, Holiday has shown improvements on the court and should get the green light in January. Ish Smith has been an asset and leads the team in assists with 7.6 per game. Gordon is averaging 19 PPG and looks to be in good shape. There is still no official word, but Evans’ timetable of returning in December may come true.

As Gentry said, they have the offensive talent, but the defense needs to shape up. On the other hand, they also need the personnel to do so. Time will tell whether the Asik trade rumors are just tales or if they do indeed plan to improve the frontcourt somehow. Even if you take Asik out of the equation, they still do not have anyone solid enough for low-post play.

I don’t see the defense improving that drastically in just this season alone. Sure, with all of their offensive pieces together, and Davis playing the way he did vs. the Knicks, they might fare a little better. But as elementary as this sounds, you won’t win games if you can’t stop other teams from scoring — especially not 111 PPG. It’s sad to say, but this just may not be the Pelicans’ year that we hoped for. [looks at 2016 draft info]

Is There Hope At The End Of The Pelicans’ Cursed Tunnel?

by Tanisha Robinson time to read: 4 min
Basketball Steph Curry Versus The People: He’s A Cold-B… 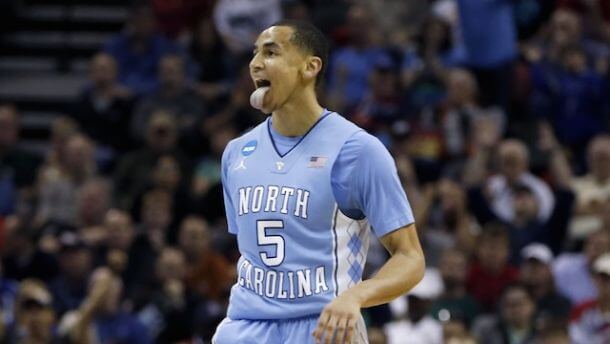