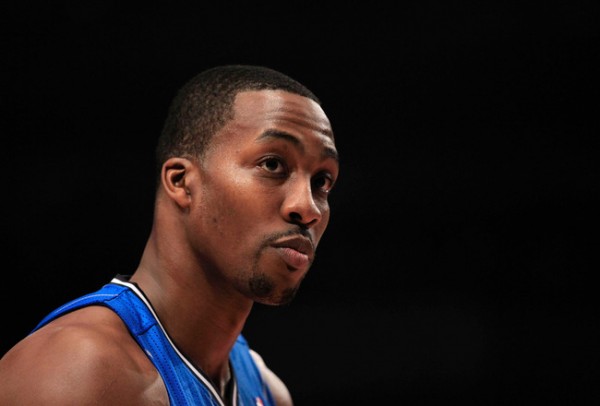 Every day there are new rumors as to where Dwight Howard should go. It doesn’t really make a lot of sense when you think that the Magic have mortgaged its front office to keep the big man happy. Brooklyn is adamant about getting the big man, and the Nets are willing to make any blockbuster trade they can to lure him to NYC. For the Nets, it’s Howard or bust. Brooklyn feels that Howard and Deron Williams would be a formidable combination and help give the team instant success.

But why would Howard want to leave? He has the city of Orlando by the short and curlies. He gets input on who will be the next head coach and general manager (since he was the reason both were fired). When you give a person that much power to choose, you have to wonder why anyone would want the position.

In essence, if you are hired as the coach or GM you wouldn't be the boss of your team; you will be coaching the boss of your team. How effective can a person be if he doesn’t have total control over his team? When a coach and a GM have to consult with a player before anything goes down, it makes you wonder what the hell Orlando was thinking.

Let’s put it into perspective. Orlando has put itself into a situation like a playboy encounters on a regular basis. It’s kind of like dating two girls at the same time. You like them both, but you are eventually going to have to choose. The reality is that if you needed two to start with, neither one will work well for you without you longing for the other. Once they find out about each other, then all the relationships are doomed. So you have to make a decision on which one to let go, when the reality is, the only way it is ever going to work is to let both of them go and star over.

For Orlando the work is only halfway done. The Magic let the coach go, but the player remains. Anytime that happens there is going to be resentment. The only way this is ever going to work out is if Howard is traded away as well. The fans may be happy that Howard stays, but the reality of the situation is as soon as things go bad, and I promise you they will, Howard will be labeled as a coach killer, an organization killer and a team wrecker.

The Magic now have a conundrum. Do they keep the player, or do they start all over? I say start over, but it’s going to be hard to get the value they want to let their franchise player walk. Now that the season is over, Howard stans are hoping that he gets a fresh look. Howard has been rumored to the Lakers, Knicks, Bulls and Nets.

You have to wonder how much Howard has left. He is a young man and has accomplished a lot in his short career in the NBA. He is a five-time all-star and has been defensive player of the year 3 times. However with all of his individual success, winning a championship has eluded him.

Howard doesn’t stand alone as championships have eluded other elite players like Chris Paul , Carmelo Anthony and Lebron James. However those guys have moved into situations that have improved their chances of winning the coveted NBA title. Howard himself could be the key piece if combined with any of those teams to push them over the edge.

The Knicks don’t have the trade value that Orlando would need to make it happen unless they include Amare Stoudemire in a trade to get Howard. That won’t work considering Amare is often hurt and is approaching 32. When you think about it, Carmelo and Howard would be far more formidable than Melo and Stat, simply because Melo and Stat are primarily perimeter players.

If Howard really wants to win now, the best place for him is really Chicago. The Bulls have an electric point guard and the complimentary players to make life grand for Howard. As a loyal Knicks fan and a Miami Heat apologist, I hope that trade never happens. Seriously, the thought of having to deal with Rose penetrating and dishing or scoring and Dwight cleaning up putbacks makes me a little nervous.

Howard to the Lakers doesn’t scare me as much because I don’t think it matters who you plug into the Lakers lineup, it’s still going to be Kobe getting the majority of the shots and Mike Brown leading them. No disrespect, but they have already shown what they can and cannot do with an elite big man.

When it is all said and done, we know that Orlando is going to lose the big fella. It doesn’t make sense that he would stay there if they can’t sign any big names to compliment him. If they do, this one could get interesting and make it a true 4 team horse race in the Eastern conference next season.

5 Replies to “Has Orlando Given Dwight Howard Too Much Power?”