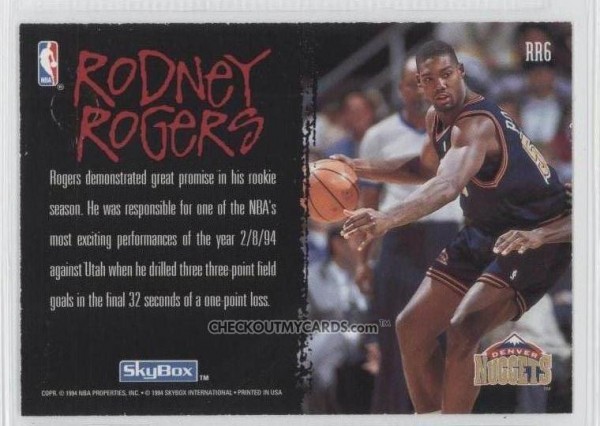 I remember taking some time and visiting a friend in Durham, North Carolina, for the first time. I lived about two hours away, and my friend who had gone to school a year earlier was there. I was visiting one of my friends who attended Duke University, and he along with everyone else kept talking about a kid still in high school and how good he was.

Seriously, it was like people telling old wives' tales about guys who were superhuman. At one point I thought the guy they were describing was eight feet tall and could jump as high as David Thompson. They kept talking so much about this kid that it started to sound suspect and hard to believe.

I was still in high school myself so I thought why in the hell would I ride all the way to Durham from my house to go see a high school kid play. It just didn’t make sense to me.

I am a skeptic, and honestly I wasn’t going to go watch a guy play high school basketball when I was on a campus full of fruitful college women, but my homie and his suitemates made me feel like this was the thing to do.

So we geared up and headed over to Hillside High School. At the time, Hillside was across the street from North Carolina Central University, which was essentially a buffer between the university and the hood. We roll up into the gym, and all I see are signs that say you are in Mr. Rogers' House.

I am not going to lie: I got caught up in the hype at this time. The visiting team was warming up, and then I heard an eruption. The Hillside Hornets came out to the sounds of Big Daddy Kane’s “Ain’t No Half Steppin” blasting. Seriously, I have never seen anyone so fired-up to watch a game. Then Rodney Rogers came out looking like he was a giant on the floor. Naturally I was like, “He is supposed to be good; he’s bigger than everyone on the floor.” But honestly, I wasn’t prepared for what I was about to see.

Off the tip, he tips it to Larry “Gene” Johnson, and then he goes left and throws his hands up. They throw a lob from half court, and he threw it down with aggression. Then he grabs a rebound, gets it to the point guard, and then runs to the baseline and knocks down a midrange jump shot. Two possessions later he comes down on the break. I am expecting a dunk, and he pulls up and shoots a left-handed three pointer and it’s all net. After that, he never looked back. He kept putting on a show for the people, but he was doing it without trying to. He was really just that good.

I went back home after that weekend and everyone was expecting stories of how drunk I may have gotten or how many chicks I got with, but all I talked about was Rodney Rogers. The only people that seemed to care were the Wake Forest fans who lived in my hometown because they were excited he was coming and that they had validation that he was as good as they had heard. 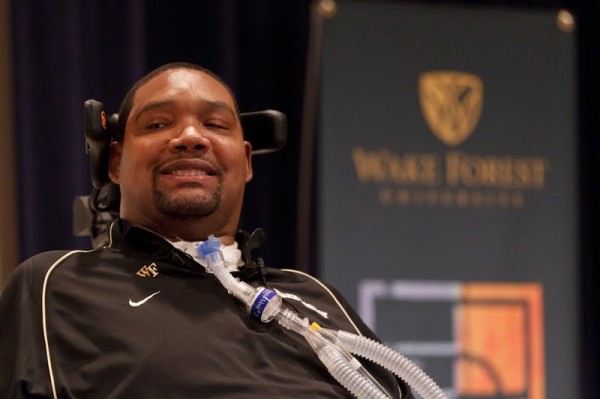 Putting things into perspective, Rogers was ACC Freshman of the Year over Grant Hill and his teammate Randolph Childress. Rogers was dominant and just seemed to get better every year. By 1993, he was the ACC Player of the Year and put up numbers that had the NBA begging him to submit his résumé.

Rogers entered the NBA draft and was selected eighth overall by the Denver Nuggets. I remember the summer before he went to the NBA, he was working out pretty hard and I could tell he was a different breed. Most guys about to make money shy away from hard work, but Rogers was different. He was a throwback player who always pushed himself to the limit. I remember thinking that if you want to be a professional, you have to work hard like one. That is probably why I had the senior season I had in college because I started thinking and working out like Rogers was to prepare for the bigger picture.

When Rogers got to the NBA, he was rarely called on his first season. It was as if the Nuggets didn’t really want to throw him to the wolves. You could see the frustration on his face, but honestly he looked like a man that was just waiting for his moment to shine.

When Rodney came back to the Bull City that summer, I was expecting to see a spoiled NBA superstar who was comfortable getting that guaranteed money. Instead he was in the gym working hard every day. At the time, we were sharing the same agent so I was going hard and I was trying to work as hard as he was so I could get my chance, but he wanted to be pushed. He got his bench press up and his squat level up, and then he went back to Denver to push himself with their people.

That second NBA season he got his chance, and the career took off. From then, he never looked back. His impact on the game is well-noted, and although his career may have ended before it should have, he will be remembered by many for his accomplishments on the court.

When that career was over Rogers still had funds, but he was still no stranger to hard work. He actually drove a big diesel truck and did real labor work, enjoying every minute of it. He also volunteered a lot of his time helping the youth in the Durham area.

Today, Rogers is still fighting to show people that a person can overcome odds. Rogers was a well-noted motorcycle rider in the Bull City. His love of motorcycles and ATVs is known by most. I remember when I got my motorcycle I couldn’t wait to ride with Rogers and his crew. Turns out, I only got to ride with them once before he had an accident on his dirt bike.

In 2008, Rogers was riding dirt bikes with his friends and he flipped over the handlebars and landed awkwardly. He was paralyzed from the shoulders down. This took everyone here by surprise because everyone knew that he loved riding as much as he loved playing basketball.

Rogers has been working towards getting himself back on his feet again and hopes to someday walk on his own. I am an advocate and a friend of the Rodney Rogers Foundation, and you should join in too. It just doesn’t seem right to not help out a person who gave so much to the community as Rogers did. I am also a believer that he will take those steps again as well. One day the man known as “Tree Top” will stand amongst the trees again.

13 Replies to “Forgotten Stars: Remembering Rodney Rogers' Impact On The Game Of Basketball”