NBA Basketball is back … sort of.

Technically, NBA media days and training camps are back. We’re still a little ways off from actual games being played, but for those of us for whom the fun and sun of the summer months doubles as a dreary and decidedly not fun countdown to the return of LeBron and Steph and Blake — oh my! — simply seeing players wearing jerseys at all tends to feel like a momentous occasion to be celebrated with the finest champagne.

Of course, it’s way too early to discuss which team will win the championship next June but, when have we ever let a little thing like reasonableness or not having seen any NBA basketball in the last three months stop us from making a bold prediction?

Well then, without further adieu, here are the top five contenders for the 2016 NBA championship.

The Upside: The champs are bringing back their core this season. They have the reigning MVP and a top five player in the league in Stephen Curry as part of the best backcourt in basketball along with Klay Thompson. They’ve added Ben Gordon, and even though there’s no way to know just how much he has left in the tank, the veteran shooter will fit right in with the Warriors’ run and gun style. Everyone will benefit from having one more year of experience under their belts, including now second-year head coach Steve Kerr.

The Downside: The Warriors are not without their losses, however. Alvin Gentry, who was a confident and trusted resource for Kerr, is now the head coach in New Orleans. They also lost David Lee, who was such a key component in that series against the Cavs, who was the only tall person on the team who played in the paint as well as in the pick and roll.

The Upside: Don’t let the their first-round playoff exit last year fool you. The Spurs deserve to be on this list. They had all the necessary parts to win a championship last season until their bodies reminded them how old they were. Father Time won’t be rewinding the clock for them this season either, but they did add some younger legs to the group in the person of LaMarcus Aldridge. The former Trail Blazer was one of the offseason’s most coveted free agents. He packs some much-needed scoring punch and, together with Tim Duncan, will give the Spurs a dynamic duo in the post. The Gregg Popovich-led squad also got a little meaner with the addition of David West, and that’s never a bad thing.

The Upside: The Cavaliers are returning 11 players under contract from their playoff run last season, one of whom just happens to be the best player on the planet in LeBron James. After a rocky start, the team seemed to have it all figured out headed down the stretch last year until the roster succumbed to injury, first in Kevin Love’s shoulder and then Kyrie Irving’s knee. There’s no reason to doubt the return of Cleveland’s suffocating defense as well, and history has shown that the version of LeBron James that comes back after a Finals loss will be more dominant than ever.

The Downside: One of the players the Cavs have yet to get under contract, however, is Tristan Thompson. Thompson was invaluable in Love’s absence during the playoffs. He was an offensive rebounding machine, and those extra possessions were some of the main reasons Cleveland was able to hang in there against the constant barrage of long-range bombs from the Warriors in Finals. LeBron has said that re-signing Thompson should be a top priority for the organization, and I’m guessing that his words hold a lot of weight in the front office. One more concern of note: It’s hard to know how Love and Irving will come back from their injuries. Irving, particularly, returning from a fractured knee cap will be one to keep an eye out for as we look for the extent to which his signature quickness may be affected.

The Upside: The team had the love fest to end all love fests over the summer as it wooed DeAndre Jordan back from the arms of the Dallas Mavericks. This must make for a concretely unified locker room, a locker room led by two MVP candidates in Blake Griffin, one of the league’s best big men, and Chris Paul, who is, quite possibly, the best point guard in the league. The additions of Josh Smith, Paul Pierce and Lance Stephenson help to sure up a Clippers’ second unit that already boasted a former Sixth Man of the Year in Jamal Crawford.

The Downside: Even after having his Valentine’s Day in July, DeAndre Jordan is still DeAndre Jordan. He can’t make free throws so he’s a liability down the stretch, and having an elite big man who’s also a liability down the stretch is a most unfortunate oxymoron. No disrespect to Austin Rivers or his head coach father, Doc, but they still don’t have a good backup point guard. Speaking of the elder Rivers, though he vehemently denies it, if there’s any truth to the reports of a rift between him and the Clippers’ management, the dysfunction is bound to rear its head at the least opportune time — which of course is anytime during the NBA season. (Although Rivers did throw tremendous shade at the Dallas Mavericks and Mark Cuban, so … upside!)

The Upside: Derrick Rose knows he’s a great basketball player, and his return this year after his first full season of action since 2012 is undoubtedly a welcomed confidence boost for the entire Bulls organization. Chicago has Pau Gasol coming off of a spectacular statistical regular season and one of the most memorable summers in Euro League history. The Bulls were able to re-sign Jimmy Butler, who enjoyed a breakout season last year as the team’s leading scorer. Lastly, with new head coach Fred Hoiberg, the Bulls will likely be working with a speedier offensive plan that will help address the team’s scoring issues from previous seasons under Tom Thibodeau and benefit the team’s emotional leader, Joakim Noah, whose high-energy style of play fits Hoiberg’s system.

The Downside: As a member of the Central Division in the Eastern Conference, the Bulls are the only team on this list that has to go directly through LeBron James just to even sniff the opportunity to play in the NBA Finals. That won’t be pleasant. Health is not an issue exclusive to the Bulls, but by gosh, it sure has been an especially damning hindrance to their success over the last several seasons. Perhaps a team collective knock on hardwood is in order to help them avoid the injury bug this season.

Oklahoma City Thunder: Kevin Durant returns from injury. Serge Ibaka thrived last season after being forced to become the second scoring option. Dion Waiters and Enes Kanter are solid, young options in the starting lineup. But … there are a whole lot of individual scorers on this team. Can Durant and the newly unleashed MVP edition of Russell Westbrook coexist? Will questions surrounding Kevin Durant’s free agency become a distraction?

Houston Rockets: James Harden offensively and Dwight Howard defensively are elite players. However, does this roster (with the inclusion of Ty Lawson) have enough versatility to take the next step as an elite team? Also, can we take this team seriously with these new alternate uniforms? 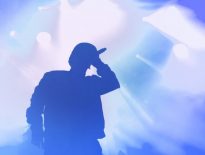 Basketball The Game Tried To Warn Derek Fisher About Sleeping…

Basketball Russell Westbrook Shares His Thoughts On Trying To…
9