Now would normally be the time of year when NBA free agency kicks off. Instead, players for 22 of the teams are preparing to resume the season in a so-called “bubble” at the end of this month, and perhaps those with the most at stake are the ones looking for new contracts at the end of it. Although the league has done just about everything it can to reduce the risks, there is a danger in playing during the COVID-19 pandemic no matter what. And after a four-and-a-half month break, it won’t be easy to ramp up athletic activities to the intensity of playing eight games in a two-week stretch and then, for at least 16 teams, postseason action. Two additional teams could also be involved in a play-in series for the last playoff spots if they are within four games of the #8 seeds, and in a way, that turns this entire playoff push in the bubble into a free agency showcase.

All eyes are going to be on these games, especially with eight teams done for the season. Even if they end up falling short of the postseason, pending free agents can boost their stock with strong performances in this pressure-packed environment. On sites like BonusFinder, you can even decide which players will make the biggest impact on who will help their team win an NBA title. Of course, while some players have a lot to gain by making the most of this situation, others have a ton to lose by risking their health along with the possibility of poor performance. No one can blame someone like Davis Bertans for opting out of the bubble as he awaits his first big payday instead of playing for a 24-40 Washington Wizards team that has no legitimate chance at making a deep playoff run.

Among the players that are deciding to play, let’s take a look at the five pending free agents with the most at stake over the next few months. It’s worth noting that Jerami Grant was one of the toughest omissions, but those with player options were left out due to the uncertainty of the situation for anyone not named Anthony Davis. He is basically guaranteed a max contract, but until there is a better idea of how next season’s salary cap will be impacted by the loss of revenue across the league, it will be difficult for everyone else’s agents to gauge the market and make decisions about whether to opt-in or out of guaranteed salaries.

The former #2 pick has thrived with his new team and earned his first All-Star appearance as a result. Under Alvin Gentry, Ingram is increasing his playmaking responsibilities and launching over three times as many three-pointers per game while still shooting 38.7%. Add it all up, and his career highs of 24.3 points, 6.3 rebounds, 4.3 assists, one steal, and 0.7 blocks per game with a 19.2 PER and 4.9 Win Shares have him in line for a max contract in restricted free agency.

That means the soon to be 23-year-old could have up to five years, $166.8 million in New Orleans or four years, $123.6 million elsewhere on the line when play resumes. Those numbers are based on the $115 million salary cap projection in January before the pandemic shut down the league, but in any case, Ingram has the most to lose in the bubble, particularly after already having a serious health scare with a blood clot in his arm last year.

After signing a two-year, $17 million deal in restricted free agency in 2018, VanVleet was a key cog off the bench to help Toronto win the championship and now has an even bigger role in securing the third-best record in the league. Firmly established as a starter this season, the former undrafted free agent leads the team in steals, averaging 1.9 per game; is second in both assists (6.6) and three-pointers made (2.7 on 38.8%); and third in scoring at 17.6. The defense and playmaking are in line with what he has shown in the past in fewer minutes, but the jump in scoring has been a pleasant surprise. Despite a heavier workload with a career-high 22% usage rate, VanVleet is maintaining his efficiency with increased attempts from the three-point and free throw lines.

Keeping up this performance on the big stage could help him at least double his career earnings at age 26, especially if Toronto makes another deep playoff run with him as a starter this time.

The surprisingly hot commodity at the trade deadline was seemingly set to cash in with a ton of leverage this offseason. Due to the Paul George trade, the Clips only had one future 1st round pick capable of being traded over the next few years, and they used it (along with two players, a 2nd, and a possible pick swap) to add Morris. Without a means of replacing him beside the Mid-Level Exception, he should in theory be able to negotiate more guaranteed money than the one-year, $15 million contract he signed with New York last summer.

However, in the small sample size after the trade, his shooting plummeted to 28.3% from deep and just 38.6% overall while his rebounding and free throw rates were a career-low. The team did go 8-4, which is close to their .692 win percentage prior to the trade, and he has been a net positive on the floor thus far to help his cause, though. If Morris shows that he can adjust better to playing with Kawhi Leonard and George and provide a more tangible contribution to a potential Finals run, then he can look to match or exceed the $44 million he has earned so far in his career. His teammate Montrezl Harrell was also a candidate for this list, but the market for big men has been so limited lately that this stretch run may not affect his asking price as much.

Sacramento enters the bubble 3.5 games behind Memphis just like Portland and New Orleans, so they have a good chance to at least force the play-in tournament for the 8th seed and provide meaningful minutes for the Serbian shooting guard ahead of restricted free agency. Bogdanovic became the starter over Buddy Hield over the last 20 games, and although his individual numbers have stayed the same (14.5 points, 3.7 rebounds, 2.6 assists versus 14.5, 2.9, 3.5 on similar shooting), the team went 13-7 after starting 15-29.

This may be the ideal path going forward as Hield saw a spike in his shooting percentages off the bench to keep his scoring at 19.4 points per game compared to 20 as a starter despite playing fewer minutes. That would make retaining Bogdanovic as a starter even more of a priority, and even with Sacramento expected to match any offer sheet, a strong showing when play resumes would go a long way towards driving up his price. Turning 28 in August, the 2014 first-round pick shrewdly made the switch to the NBA with a three-year, $27 million contract in 2017 when he was no longer limited by the rookie scale, and now he has the opportunity to capitalize in an even bigger way. There is a risk after reportedly having a $51.4 million offer previously on the table, so Bogdanovic will certainly be a name to watch.

There are a lot of bigger names that could be listed here, but all of them have already earned substantially more in their careers than Harris, who is finishing up a modest $16 million contract he received as a restricted free agent two years ago. Since then, he has become a reliable starter, won the 3-Point Contest, and made Team USA last summer. Shooting is a hot commodity, and because he is also a capable passer and defender to go along with a 42.3% career mark from deep, there is speculation that he could “at least double his money” in free agency. A contract in that range is putting a lot at stake after making about $20 million in the first six years of his career, so it has to be disconcerting that Brooklyn is experiencing so much change around him.

Following a coaching change right before the shutdown, Spencer Dinwiddie’s status is now up in the air after testing positive for COVID-19, DeAndre Jordan is already out after also testing positive, Wilson Chandler chose to sit out, and rookie big man Nic Claxton joined Kevin Durant and Kyrie Irving on the injured list. There is a scenario where Harris shines with extra opportunities and pushes a high seed to the edge, but as it stands, the sharpshooter might be standing to lose more than he has to gain. 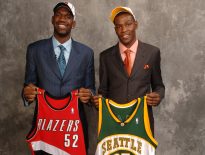