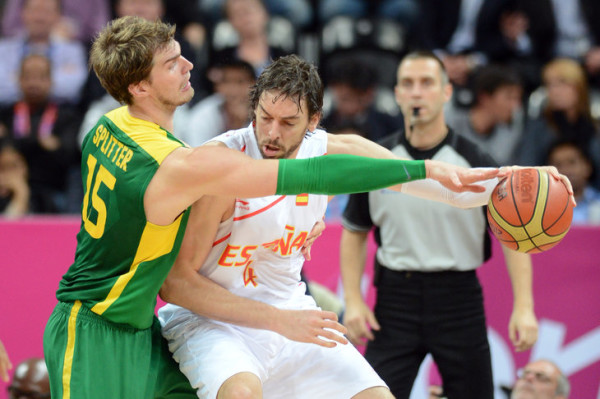 For all of the favoritism for Team USA, the FIBA Basketball World Cup was never really about the United States. Yes, the favorites boast a roster of the world's best players, but with so many options it's hard for any one player to separate from the pack. With the exceptions of Anthony Davis and Kenneth Faried, who are having monster runs in international play, Team USA isn't a surprise. Not many expected the U.S. players to lose and certainly didn't expect them to humbly beat a majority of their opponents — they expected blowouts.

But if your interest in this World Cup was solely based on how Team USA would fare, then you've probably been more bored than intrigued. Fortunately, the best story lines for those who are truly invested in this come from the other countries. This isn't an NBA field of talent across the board, but there is still some beautiful basketball being played. The fact that it's by a majority of NBA players who otherwise would be relegated to role-player status during the season makes it better.

Faried and Davis have showed immense talent during these games, but there is a list of players who have been just as impressive.

Considering the timing of these games, the numbers will certainly change slightly, but for all intents and purposes, these are the players who have been uncontainable in this tournament. None of them are a part of USA Basketball, and that's something to be excited about.

While one can look at this and easily chalk it up to the fact that the teams are overall less talented, there is still reason to applaud these performances. Those of us who get spoiled by the elite NBA game often forget that even the most replaceable 12th man on an NBA team is capable of dropping 50+ on the average cat on the street. Plenty of experts will scoff at Luis Scola, but he's made quite a career in the NBA, which is more than what most people will ever do. There is a reason why Blatche still manages to find roster spots and why Garcia is never a bad option to have on your team.

Team USA has the more capable and star-studded roster, but simply ignoring that the players on the other respective teams are actually pretty good at this basketball thing isn't just elitist; it's pretty telling. Many of these players participating are doing so not only for national pride, but also as a means for exposure on a major stage. To disregard what's actually being done on the court because they're not affiliated with an NBA franchise defeats the purpose of watching at all — especially when some of the best moments of the tournament are consistently from athletes of the other participating countries.

Obviously, there are players not in this tournament who could field an entire team themselves as the best players in the world, but they're not playing anywhere right now. For the sake of these games, it's much better to enjoy what's actually being done as opposed to doing a dozen think pieces on what "Team USA will look like in 2016." Too often people go out of their way to convince you that they're fans of basketball until it's actually time to watch basketball. Andray Blatche has been balling in this tournament for the Philippines, and he was already a free agent to keep an eye on. An impressive performance from Scola here isn't going to translate into a 20 and 10 season for him on the Pacers, but neither will an offseason of Evan Turner improvement hot takes.

FIBA is showcasing the best in the world, as it relates to the international game and the players selected for it. You don't need a LeBron James or Kevin Durant to enjoy basketball. If anything, their inclusion would make this a little less fun. The NBA is on break, so just enjoy the fact that the global portion of the game is still worth showcasing. That alone is reason enough to watch.