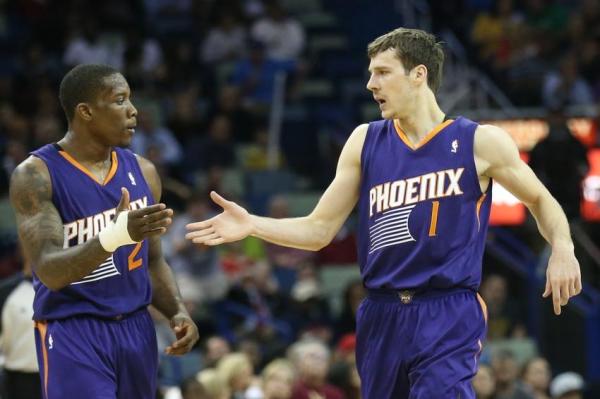 It's not often that NBA players hold out when negotiating their rookie contract extensions. The allure of a guaranteed payday that's substantially more than what they've previously earned is usually enough. In the case of Phoenix Suns point guard Eric Bledsoe, he was more than willing to prolong his contract negotiations for anything less than what he deemed acceptable. Sure enough, by staying the course, he defied all previous expectations and was rewarded with a five-year deal worth up to $70 million.

While the contract isn’t necessarily a max deal, Bledsoe certainly won in terms of bargaining. Considering the fact he rejected Phoenix’s original four-year, $48 million offer, a $22 million increase is more than impressive — especially considering the fact that in comparison to other point guards offered similar deals, that original deal might have been more than fair on the Suns' part. Still, in a profession that will quickly discard you when you are no longer of value, it’s always best for athletes to cash out for as much as they can, as quickly as they can.

After having a surprising season last year, the Suns are looking to build off their success. With Bledsoe locked in for the long term, it’s safe to say he’ll be a focal point of that moving forward. With new money comes newer expectations, and hopefully the point guard is capable of handling the pressure that comes with it.

With that said, there are several things that can’t be ignored when looking at what this deal means for Bledsoe and Suns moving forward.

Two's A Party, Three's a Committee

With Goran Dragic, Isaiah Thomas and Bledsoe all locked down for at least the next season, Phoenix is firmly committed to keeping its fast-paced system intact. All three of these point guards are capable of starting in their own right, and with the dual-point system that Phoenix has grown fond of, they’ll all certainly receive their fair share of minutes. It should also be noted that Dragic and Bledsoe both missed time due to injury last season, so bringing Thomas on board is a solid insurance policy. When fully healthy, I wouldn’t expect Thomas to be paired up with Bledsoe too much in the backcourt, but I certainly believe there will be speed-focused lineups that feature all three of them on the court.

Personally, the thought of them operating in fast-break unison is why the Suns are number one on my must-watch list.

A little fun fact here: This isn't the first time Phoenix has had an extremely loaded backcourt. From 1996-98 the Suns featured a backcourt that consisted of Kevin Johnson, Jason Kidd and Steve Nash. It's almost insane to think about how much talent one team had at the point guard position, but sure enough history seems to be repeating itself.

How Good Is Bledsoe?

Eric Bledsoe, who has never been the best guard on his own team in 240 career NBA games, just signed a five-year, $70-million deal. Wow.

Picture this. A player with all the tools in the world to succeed was just given a near max contract after a summer of tough negotiations and what many believed were unrealistic expectations. In the end Bledsoe won, but is he really worth it? We're all aware that his skill set isn't something you can teach. His athleticism, willingness to compete at high levels on both ends of the floor and outright ability to disrupt entire defenses make him a scary threat. Unfortunately, this hasn't been seen enough, at least not to the extent one would be comfortable with.

In his first three seasons, he didn't play nearly enough to truly assess how good he was at the pro level, especially not after Chris Paul was acquired in his second year. When Paul missed games in the 2012-13 season, we saw flashes from Bledsoe, and in his short time with the Suns it seemed like he was indeed something special. The issue is that at the age of 24, his most glaring injuries reside with his knees. That's a red flag for any basketball player, let alone one who is just coming into his respective prime. His long-term expectations should certainly be tempered, even if the Suns do have one of the best training staffs in the NBA.

Health concerns aside, looking across the point guard landscape, it's extremely hard to rank Bledsoe. The small sample size is one issue, and then there's the fact that there is no reason to indicate he's necessarily better than a number of his peers. In the Western Conference alone you have Chris Paul, Russell Westbrook, Tony Parker, Stephen Curry, Damian Lillard, Ty Lawson, Mike Conley and Jrue Holiday. You could argue Bledsoe has the potential to be at the top of that list, but to date it would be a pretty weak case. He may be better than Holiday right now, but that might be a reach considering even he has an All-Star appearance under his belt.

This isn't even taking into account that Bledsoe might actually be the second best point guard on his own team. That's when it really gets complicated. The jury will have to wait on this one, because right now it's far too early to tell if he's over- or undervalued here.

The Suns Are Just Hitting Their Prime

Dave King over at Bright Side of the Sun offered a very intriguing bit of information in regard to the Suns roster. This is a team composed not only of youth, but players on the verge of coming into their own.

Three of the Suns nine major rotation players will be exactly 25 years old this season and none are older than 29. If the Suns add Zoran Dragic, there's another 25 year old in the mix, though he may not make the rotation. If you compiled an under-26 league, the Suns would be one of the top teams.

Beyond the aforementioned youths and stars, the other rotation players in their primes are Tucker (29), Gerald Green (28), Anthony Tolliver (27) and Miles Plumlee (26), Isaiah Thomas (25), Markieff Morris (25) and Marcus Morris (25). Goran Dragic is 28 and Eric Bledsoe is 24. Every player has several years of good play ahead of them in the NBA, as well as a chance to improve their games even more.

With pretty much every position filled with intriguing depth, the Suns boast what is a relatively cheap (for now) roster with a couple needed veterans, and a surplus of players who provide adequate value as role players and future assets. The fact that they have three point guards that possess starter quality will only benefit them in helping the pieces on this team reach their potential. Coach Jeff Hornacek has quite a lot to work with, and progression seems to be very much a reality for them. 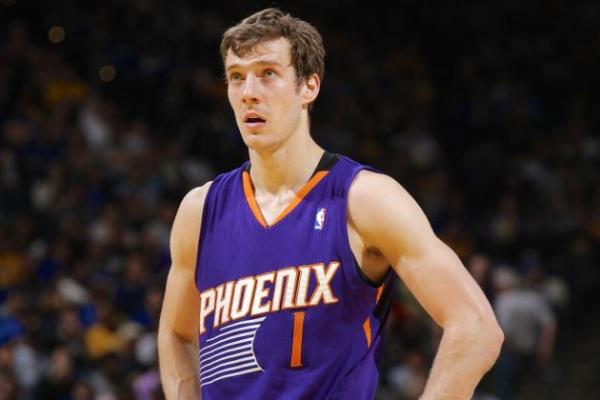 The Future Beyond This Season Gets Very Blurry

The downside to having a roster filled with so many valuable pieces is knowing that they'll more than likely disburse sooner than later. This is a contract year for the Morris twins, and if Miles Plumlee continues to improve at center, securing him to an extension would be wise. It's uncertain what the market would demand for any of them, but as Bledsoe just proved the market isn't a reliable indicator. In fact, the circumstances surrounding his deal may very well carry over throughout the NBA.

Looking strictly at the Suns, it's possible to consider that their stars would want to be compensated at prices higher than what the market dictates. In all honesty, Bledsoe was rewarded for potential more than production, and the most observant agents will use that as a bargaining chip moving forward. The Suns already had a highly regarded point guard, even before Bledsoe inked his deal. What they don't have is an abundance of capable big men should the Morris twins or Plumlee eventually outgrow their values.

More intriguing is how exactly Phoenix negotiates with the Morris twins specifically. It's almost a truth that the two are a package deal, and while one is arguably more valuable than the other, it's hard to imagine not retaining them both. At the same time, the fact that they are inclined to follow each other's lead also complicates things for any team just looking to add one of them. Restricted free agency for them will be one to watch.

The Suns roster is almost guaranteed to look a bit different a year from now. You have to take into consideration that Dragic has a player option that allows him to opt out at the end of this season. Considering the year he just had, it's pretty much a given that he'll want to cash out while the market is hot.

Keeping Bledsoe long term was certainly a priority, but many would argue that Dragic has evolved into Phoenix's most valuable player. He'll certainly want to be rewarded as such, and the "Bledsoe effect" will surely have consequences. If Bledsoe, a player with a history of injuries and a very small body of work that's barely enough to prove he's worth even half of the $70 million he's receiving, can land such a deal, Dragic should be ecstatic. That is, unless this was the real reason Isaiah Thomas was brought on board, because the powers that be in Phoenix were well aware that they would have to part ways with at least one of their guards.

We're a year away from seeing how those negotiations will go down, but using the Bledsoe talks as an example, it's possible Dragic will have to find his major payday elsewhere.

No matter what the future holds for the Suns, it's safe to say that they will remain one of the more exciting teams to watch this season. That three-headed monster rotation in the backcourt will be fun in every way imaginable, and the rest of their formidable bunch will all be looking to up their stock. Bright days surely lie ahead for the Phoenix franchise.