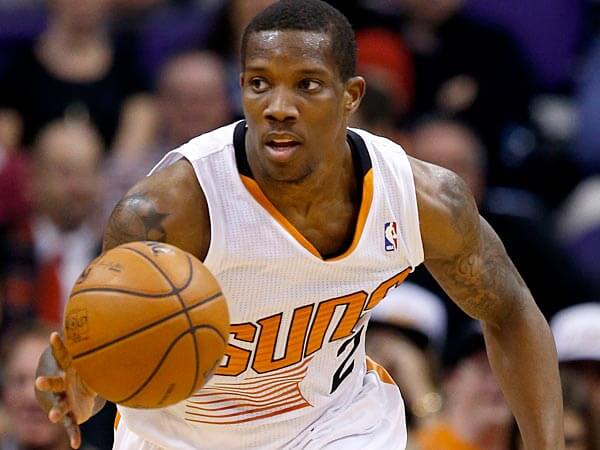 Even in the NBA, Shakespeare remains eternal. Basketball has always been poetic. Its stars are gods among men whose feats regularly eclipse those of mere mortals. The game itself is as team-driven as it can be, but the NBA has made it hard to accept that notion. We revel when a player rises above the pack, yet persecute him when he fails to play in the context he’s been placed in.

Teams win championships, but individuals are placed with the complicated burden of leading them there. It’s frustrating yet beautiful in the sense that it creates legends around the league. A team’s history can turn into a great epic or a complete tragedy solely off the progression of one individual piece. No team or player will experience this sudden shift in conflicting perspectives more than the Phoenix Suns and Eric Bledsoe.

Over the course of a season, the Suns went through a transformation that no one could have predicted. Bledsoe went from promising upstart to the next big thing. Goran Dragic shifted his status from trade asset to the most improved player in the league. Jeff Hornacek quietly etched his name into Coach of the Year discussions. Gerald Green discovered a career resurgence, and suddenly the theory that the Morris twins thrive greatly when paired together started to sound real convincing. Against all logical projections, the Suns evolved into a 48-win team that just barely missed the playoffs.

Phoenix discarded its veterans for a youth movement that screamed failure from the start. The Suns weren’t supposed to be that good for that long. It was a year in which teams were not only expected to tank, but also encouraged given the surplus of talent in the 2014 draft. The Suns had nothing to prove and certainly didn’t owe any explanations. Having lost 57 games in the season prior, it was completely understood they needed to improve by any means necessary. If that included putting themselves in a position that had them competing for a top three lottery pick then so be it. The ends justified the means, but life is funny. Things changed in ways that no one saw coming but embraced all the same. Throwing away the season became an afterthought, and Eric Bledsoe is largely responsible for that.

In an ideal setting, Bledsoe and Dragic could live happily ever after sharing the role as dual floor generals. It’s what’s got them to this point of rising contenders to begin with. Unfortunately, money changes that. The minute Bledsoe signs the dotted line on his first post-rookie contract, the world as he knows it will never be the same. The dynamics surrounding his role will shift from being a star on the Phoenix Suns to being the marquee star of the franchise. Progression comes at a price, and with it also comes increased responsibility.

Goran Dragic has made strides of his own, proving that he can compete as an elite point guard. Fortunately for him, the pressure of being the sole leader of this team isn’t what Phoenix is banking on. Upside is always a weird thing to project, but if you can fathom that Bledsoe is as good as experts believe then that is reason enough alone to shift leadership of the team. The talent divide may not be evident yet, but it’s one to anticipate.

Much like last season, it is completely reasonable to believe that Hornacek will continue to run with a two-point guard lineup. Bledsoe and Dragic are both capable of playing on and off the ball, and when you do something well, it only makes sense to keep doing it. Unlike last season, this team no longer has the luxury of flying under the radar. As the straw that stirs the drink, the reins of the franchise are firmly in the hands of Bledsoe.

The sword of Damocles hangs low, and for the first time in his NBA career, Bledsoe will feel the pressure. His injuries last season didn’t temper predictions that he would continue to grow into one of the best players in the league. Instead, they reinforced the notion that having him on the court increases all the good fortune that was bestowed on Phoenix last season. 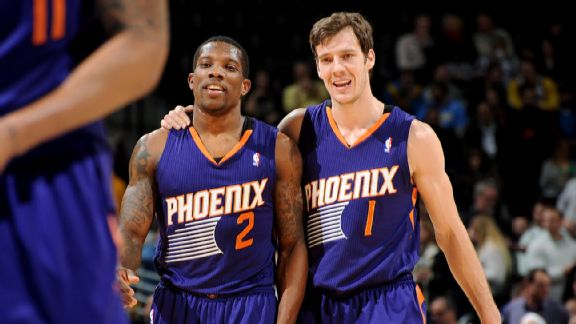 If the Suns should falter or regress, the criticism won’t be directed at the dual-point system. As unfairly as it may seem, the blame will fall squarely on the one Phoenix is willing to retain by any means. If that cost is indeed a max contract, then everything that got the team to this point of intrigue will be voided. The fate of the franchise will be determined by how well Bledsoe performs.

That’s the downside of competing in a star-driven league. You can ball your heart out and leave it all on the floor, but if the results don’t equal wins then it’s the face that suffers. Blame may trickle down to the other individuals, but as history has shown once a target is chosen, there is no need to switch scapegoats. A gift and a curse, and for a player that has been deemed “The Mini-LeBron,” the barometer of success has been set.

Reality happens fast. The future is as uncertain now as it has always been, especially in regard to sports. At 24 years old, Eric Bledsoe’s career is just beginning to peak. The limits on his growth are as unpredictable as they are exciting. Will he fly too close to the sun, or will he firmly establish himself among the elites of the game?

His crowning day will come in the form of a new contract, and he’ll be expected to do great things for his franchise. Whether he’s acknowledged it yet or not, the kingdom will be his. The pressure is on, and only time will tell if he’ll succumb or flourish under it.

No matter the outcome, history will be determined by how well he embraces his advanced role. That’s usually how it always goes.