Toronto-bred rapper Drake recently dropped his fourth solo studio album, Views. While Drake is relishing success with his hit album, his hometown Toronto Raptors are enjoying their own form of success by advancing to the Eastern Conference Semifinals for the first time since 2001.

To no surprise, Drizzy’s love runs deep for the Raptors — so much so that he is their “global ambassador.” Give both the team’s and rapper’s wave of success, the combo of Drake and Raptors is putting the “The 6” back on the map in the world of basketball and entertainment. Whether it’s berating opposing players on the sidelines or dusting the lint off of his jeans, Drake is a regular at the Air Canada Centre.

As the Raptors take on the Miami Heat in the Eastern semis, let’s take a look at six songs off of Views that can propel Toronto into the next round.

Teams in sports are synonymous with being a part of a family. The coach often takes on the role of the leader of the family, ensuring that there is order and also making sure everyone is on the same page. Head coach Dwane Casey has a tough task ahead of him in the next round, but if anyone can succeed in that role, it is coach Casey. While he has to manage the roster, he has a tall order in going against Erik Spoelstra.

Spoelstra is arguably a top five coach in the NBA, and he and Pat Riley have orchestrated a good roster in the post-LeBron era for the Heat. While the Heat is a deep team, the Raptors have a solid roster as well. The No. 2 seed may not garner the same respect as the other heavyweights in the NBA, but Toronto is a potent threat in the East. The task of keeping the family close while adversity hits is up to Casey and he will have his hands full trying to figure out how to neutralize Joe Johnson, Hassan Whiteside, Dwyane Wade and Co.

The Raptors go nine deep in their rotation. Against the Heat, Casey needs Kyle Lowry and DeMar DeRozan to play like the All-Stars that they are, and role players such as Cory Joseph, Patrick Patterson and Jonas Valanciunas will be relied on heavily.

Miami showed its vulnerability in the opening round against the Charlotte Hornets, and it could be the same case against the Raptors. The fact is that Toronto has enough offense to extinguish the Heat, but it will not happen if any of the nine players fail to show up to the party.

The Air Canada Centre is known for being one of the most electrifying arenas in all of basketball. During the regular season, the Raptors were fourth in total NBA attendance. The fan base in Toronto is awesome, energetic and vibrant, and with the series having the potential to go seven games, home-court advantage will be vital. As fans gasped and feared for their team’s exit in the opening round against the Indiana Pacers, Toronto will get more opportunities in the next round to hoot and holler while the Raptors take the floor.

After going toe to toe with the Pacers in Round 1, the Raptors are still here fighting for a chance to make it to the next round of the playoffs. While it was unexpected for that series to go seven games, the team wants to build on winning its first playoff series since the days when Vince Carter put Canada on the map.

It seems hard to believe that it has been that long since the Raptors savored playoff success, but that’s the harsh reality. Playoff wins have been hard to come by, and against the Heat it will be tough to crank out four wins. But at least the Raptors are still here to fight to make the Eastern Conference Finals.

The Raptors look to play with enough fire and desire to make Rick James, Teena Marie and, of course, Drake proud. What Toronto lacks in star power it makes up for in fire and desire that the team exhibits on the hardwood. Much of that will be on full display in the paint, which will make a difference in this series.

The Raptors are a totally different team when their big men show up to play, so it’s crucial for Patrick Patterson, Jonas Valanciunas and Bismack Biyombo to bring their A games. Where the Heat is an anomaly in the league for playing with a traditional center in Hassan Whiteside, it’s up to the Toronto bigs to keep him off the boards and force him into foul trouble since he has a penchant for trying to block shots. Through seven games in the playoffs, Whiteside has a 12.0 percent offensive rebounding percentage, and he leads the playoffs in contested two-point shots at 15.3 per game, so this is easier said than done.

Let’s be honest, DeMar DeRozan and Kyle Lowry didn’t play their best ball against Indiana. They are too good to play such inefficient and apathetic basketball. The All-Star duo is shooting a dismal 31 percent from the field and 16 percent from deep combined. Compared to other backcourts in the NBA playoffs, Lowry’s and DeRozan’s shooting percentages were the worst by far. Looking at the numbers, there was really no way that the Raptors should have advanced. With the first-round jitters behind them, however, Lowry and DeRozan now get a shot at redemption by having a better series against Wade and Goran Dragic.

As the Raptors push to make their deepest playoff run in over a decade, and with the city’s native son tearing up the charts, all is well in “The 6.” Views may be the perfect soundtrack to bring a cold front in to stave off the Miami Heat. 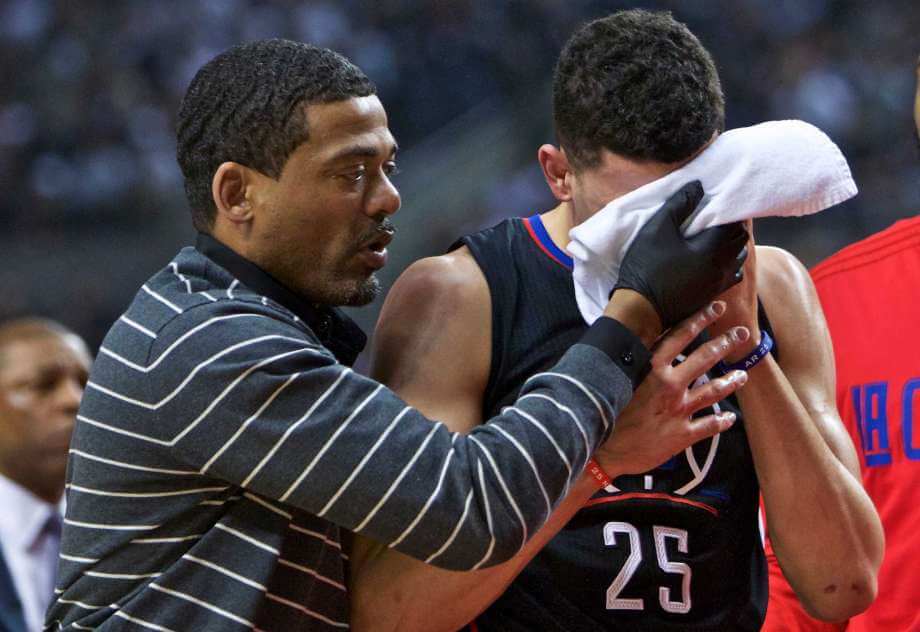