It was a beautiful day in Newburgh, NY.

As the sun bounced off the asphalt at Gidney Courts, Donchevell Nugent was standing on the same court where he learned the game on with a seraphic smile. Joined by his closest friends and family members, Nugent was set to share some good news.

“To finally make a decision and be all in with the decision I made, it was a relief,” said Nugent, on committing to the University of Maryland-Eastern Shore. “ With everything going on in the world, it was the perfect time to announce that I was going to be playing at an HBCU.”

Joining the Hawks in the upcoming semester is something Nugent is ecstatic about, but years ago this scenario seemed farce.

Growing up in one of the toughest neighborhoods in the country, Donchevell was faced with a lot of turmoil. The small city an hour north of New York City is ranked amongst the 40 most dangerous cities in America.

Hailing from the Southside section, Nugent was one of the best players in Newburgh but chose not to pursue basketball. He would soon discover how important the game was for him.

On May 17, 2013, Nugent’s older brother, Daquan, was fatally stabbed during a drug transaction gone wrong. Losing his role model at the age of 16 changed his outlook on life and basketball.

“After he passed away, that was the hardest time of my life,” Nugent said. “I struggled with depression and I was down on myself a lot. I needed to find something that I could hold on to. I knew he always wanted me to play basketball. So that’s when I started taking basketball seriously.”

The following school year, Nugent, who is also known as Tuka, carried out his brother’s wishes and went out for the Newburgh Free Academy Goldbacks. He showed no signs of rust in his game, after not playing organized basketball for five years. Pouring in 15 points per game, he had the Goldbacks on track for the Class AA New York State Championship.

But instead of heading on the bus to Glen Falls, NY, life took Nugent elsewhere.

Months after he emerged as a star with the Goldbacks, Nugent’s high school career quickly came to a halt. Outside of a local bar, he was searched and found with a loaded revolver. He was arrested and charged with criminal possession of a weapon, and was subsequently sent to Marcy Correctional Facility for three and a half years.

Despite this latest roadblock, Nugent was determined his prison sentence wouldn’t derail him.

“While I was away, it felt different, I didn’t feel like I belonged there,” the Newburgh native said. “I felt like that wasn’t a place for me, I was better.”

While incarcerated, Nugent reached out to one of his mentors, George Frazier, of Hoops Express Inc., with ambitions to continue his basketball career. Frazier urged him to obtain a High School Equivalency degree, to stay in shape, and to keep his faith.“It ain’t over until you say it’s over,” was Frazier’s message to Nugent.

Frazier, who coached in the Newburgh area for over 25 years, first noticed Tuka as a child.

“I saw something different,” Frazier remembers. “I took him to a workout with a friend of mine, Coach Bill Bayno, and he was the youngest kid there. He got in line and he did the drills just like the big boys. Kids at nine and 10 were trying to figure it out. He already had it figured out at that age”

That camp would turn out to be a defining moment in Nugent’s life.

Frazier and Bayno remained close friends and when he notified him of Nugent’s situation, he decided to step in. The Indiana Pacers assistant coach then reached out to an associate, Issac Fontenot-Amedee, the head coach of the Clarendon College men’s basketball team. The two forged a relationship from Fotenot-Amedee coaching Bayno’s godson and K.J. Pritchard, the son of Pacers president of basketball operations Kevin Pritchard.

Bayno pitched the idea to Fontenot-Amedee of having Nugent joining him at Clarendon and he was sold immediately.

“He said ‘Issac I know it’s kind of scary, he has a record but he’s a wonderful person,” the Clarendon coach remembers. “I knew Bill and I trusted him. To hear that story and to get to know (Nugent). You have an opportunity to give him a chance to better himself. That’s the part that sticks with me.”

The support from Frazier, Bayno, and Amedee gave Nugent hope as he finished his prison sentence. At 21, he was released in 2018 and made his way to Clarendon for the following fall semester. Relishing the opportunity, he went to prove that his story wasn’t finished yet.

“I never gave up,” Nugent said. “I always had hope when I was in jail. It made it easier for me because I knew I was going back to school.”

After his freshman season, Fontenot-Amedee knew his combo guard was special. He understood his talent and wanted to push him to the next level.

“I sat him down and told him, you’re not a Division I player unless you can make more baskets,” Fontenot-Amedee told Nugent. “If you don’t fix this we’ll get you somewhere, but you’re going to be limited. He looked me back in the eye and said ‘Coach I promise you, I’ll be able to make shots.’ He lived in the gym the whole summer and he was not the same player.”

With only two starts, Nugent became the Bulldogs second-leading scorer averaging nearly 14 points per game, shooting a scorching 37 percent from behind the arc. The All-Conference player propelled Clarendon to a 29-3 record and an NJCAA Region V Championship. Clarendon punched the ticket and was set to be the #3 seed in the NJCAA National Tournament.

“Tuka is a winner in every sense of the word,” said the Bulldogs coach. “Never complained, never said a word. He’s out there scoring 14 points a game in 20-22 minutes a game. He maximized every second that he had like he was making up for lost time all the time. He was in a different space than everybody else because of what he’s been through.”

Nugent looked forward to winning the national title with his Clarendon team but unfortunately, the NJCAA National Tournament was canceled due to COVID-19.

“Nobody could have beat us at that point,” said Nugent. “When they first canceled (the tournament), it leaves a bad taste in your mouth because we didn’t lose. We controlled everything we could’ve but that was in god’s hands.”

Nugent missed the opportunity to shine on the national stage, but caught the eyes of many coaches in the country, including Jason Crafton. The University of Maryland-Eastern Shore became enamored with Nugent when he first saw him.

“In a game that he didn’t start, he was the first guy up off of the bench cheering for his teammates,” Crafton said. “His joy and engagement into the game threw me off a bit. I anticipated him starting. Then I saw that he was humble enough to come off the bench for the betterment of his team. That was the thing that stood out to me.”

While lobbying for the top-100 JUCO recruit, Crafton took all precautions. He sifted through a lot of information, made calls, and checked in with former coaches and teammates. Some coaches feared Nugent due to his background. The UMES head coach saw it as a plus.

“I dove into some research to see if I could get the real story about his journey and how he has progressed as a man,” Crafton said. “If that progression matched what I had seen on film. I had no problem pursuing him.”

Crafton and Nugent were able to connect on a personal level and it ultimately swayed him to the Hawks. The two were able to bond over several topics like basketball, life, and their New York upbringings.

“We just clicked automatically,” said Nugent. “He wants the best for me and that stuck with me. Outside of basketball, I believe that he wants me to be successful. That’s why I chose Maryland-Eastern Shore”

“I was looking in the mirror a little bit,” the Hawks coach said. “Donchevell is way more talented than I ever was with the intangible leadership qualities. It’s tough as a college coach to find guys that have those innate characteristics, so when you see one it’s like a unicorn.”

Nugent became the first in his family to earn an associate degree in May and is looking forward to the next chapter in his life. At UMES, he will use basketball to further his career and one day play professionally. The South Street native also has plans to be more than an athlete. By earning his Bachelor’s in Exercise Science at UMES, he will use it to work in player development or work for an athletic department.

Nugent wants his journey to be used as an inspiration.

“I know I’m extremely blessed,” Nugent added. “You could look at everything that happened before. A lot of people haven’t done that. I took a lot away from my community and now I can give back to the youth. Ultimately that’s what I do it for. For the people that think it’s over, they think they’re clock has run out, but it’s never too late.” 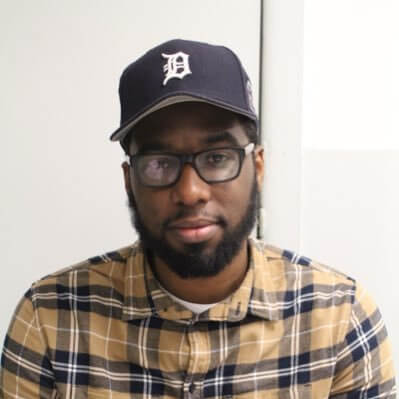 “One day you’re up, Next day you’re down,Long as you stay the same, it’ll come back around” -Jay-Z (There is a Hov Bar for everything) 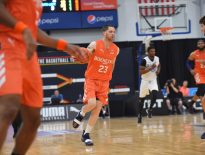