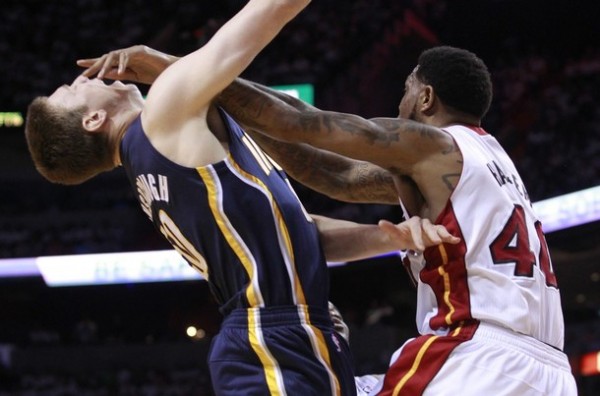 When the Miami Heat faced the New York Knicks in the first round of the NBA playoffs, the broadcasts wouldn’t go five minutes without some allusion to the league’s last great rivalry. From 1997-2000, these franchises took part in basketball that was absolutely ugly, yet sublimely beautiful. If you watched basketball with the strong belief in defensive tenet of “no layups,” then Patrick Ewing, Charles Oakley, Alonzo Mourning and P.J. Brown were more than happy to oblige. If you liked boxing, mixed martial arts or a bit of wrestling with your hoops, you were rarely disappointed. If you wanted offense, however, you got the proverbial hard foul to the throat instead.

Six games between the Heat and the Indiana Pacers have reminded us what animosity looks like on an NBA court.

It’s been an unexpectedly physical series with technical and flagrant fouls defining these battles as much as the efforts of LeBron James and Dwayne Wade.

Some, if not all, of those fouls have shocked the senses of viewers. On social media, at least, NBA fans and media have collectively channeled the inner Tommy Heinsohn with every blown whistle.

While a couple of these moments deserve the scorn that has come from the public – can you explain why Dexter Pittman served as Super Goon on Lance Stephenson in garbage time? – other plays have brought out a bit of a conflict within the fans.

What we have in this series, and what made scant appearances in recent postseasons, is a pure dislike between teams. However, it seems that some fans and media personalities are unsure if they like how it is playing out.

Nostalgia does a funny thing to basketball’s past. It tells us that the game was this aesthetically beautiful portrait of athleticism where men glided freely through the air, dribbled the ball with rhythmic flow, and shot the ball at a perfectly acute 45-degree angle every single time.

Yet, nostalgia forgets to tell us that basketball is a far more physical game than people will care to admit. Whether it’s a rebound, attempting to block a shot, penetrating the key or moving for defensive position, players collide into one another on every single play. When you add the higher stakes of the postseason – where the same two teams see each other at least four consecutive games – emotions are ever more intense. Guys add a bit more sharpness to the elbows, a bit further slanted lean into their picks, and even some extra cheese to go with their whine (for the referees, of course).

That very physicality defined the league throughout its history, to the point that each era seemed to reflect the nadir of the sport. Even the Jordan era featured some of the Association’s more brutal players and teams in history.

This is a different NBA. Rule changes over the last ten years or so encouraged more offense at the sacrifice of the natural defense the game once required. What was once a clean hard foul in the past is a flagrant 1 today. Clear path fouls, which lead to free throws now, were just plain old “don’t embarrass me that much” defensive plays in the past.

And let’s not dare players to talk a little smack today. Gary Payton would have been suspended for half of his career.

Though Miami and Indiana didn’t have much playoff history against one another (the only previous meeting was eight years ago in the Eastern Semis), they’ve managed to create some bad blood quickly. This may not live up to the battles against older rivals, and there’s a ton of posturing on both sides. That Wade dared to complain about how the Pacers celebrated their Game Two win as if they were Dallas last year was the “pot calling the kettle black” quote of the season. James’s accusation of Danny Granger’s behavior as an act is reminiscent of the comedy from Tim Thomas calling Kenyon Martin ‘fugazi’. And, of course, there was Mr. Born Ready’s choke sign.

My co-host on The Exchange, Sumit Dasgupta, opined on this hypocrisy some on Tuesday. “As fans, how often do we talk about NBA teams don’t have the passion that they used to, that you don’t see the hate-filled rivalries that we were used to like the late 80s with the Bad Boy Pistons and countless other teams or the Celtics and Lakers (historically)? Now we have some actual animosity being shared by the teams and we want to shy away from it.”

Going back to those days, we saw teams who were willing to not only sell their mothers for a championship, but they didn’t mind getting battered and bruised in doing so. When the elbows and shoves started to gain more attention than the passing and sharpshooting, the detractors shouted at the NBA en masse.

Today, we see some of that old chippiness sprouting up like weeds in a perfectly manicured lawn. Because we’ve become so accustomed to this new NBA – the one the league needed to get back to the good graces of people with selective memories – we’re stunned when a piece of the old NBA shows up on the court.

We shouldn’t be. This is still basketball. Beautifully ugly basketball.

4 Replies to “Do You Want an NBA Rivalry or What?”

Do You Want an NBA Rivalry or What? 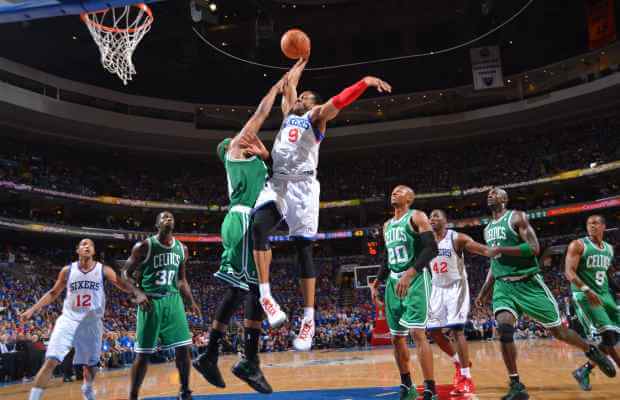 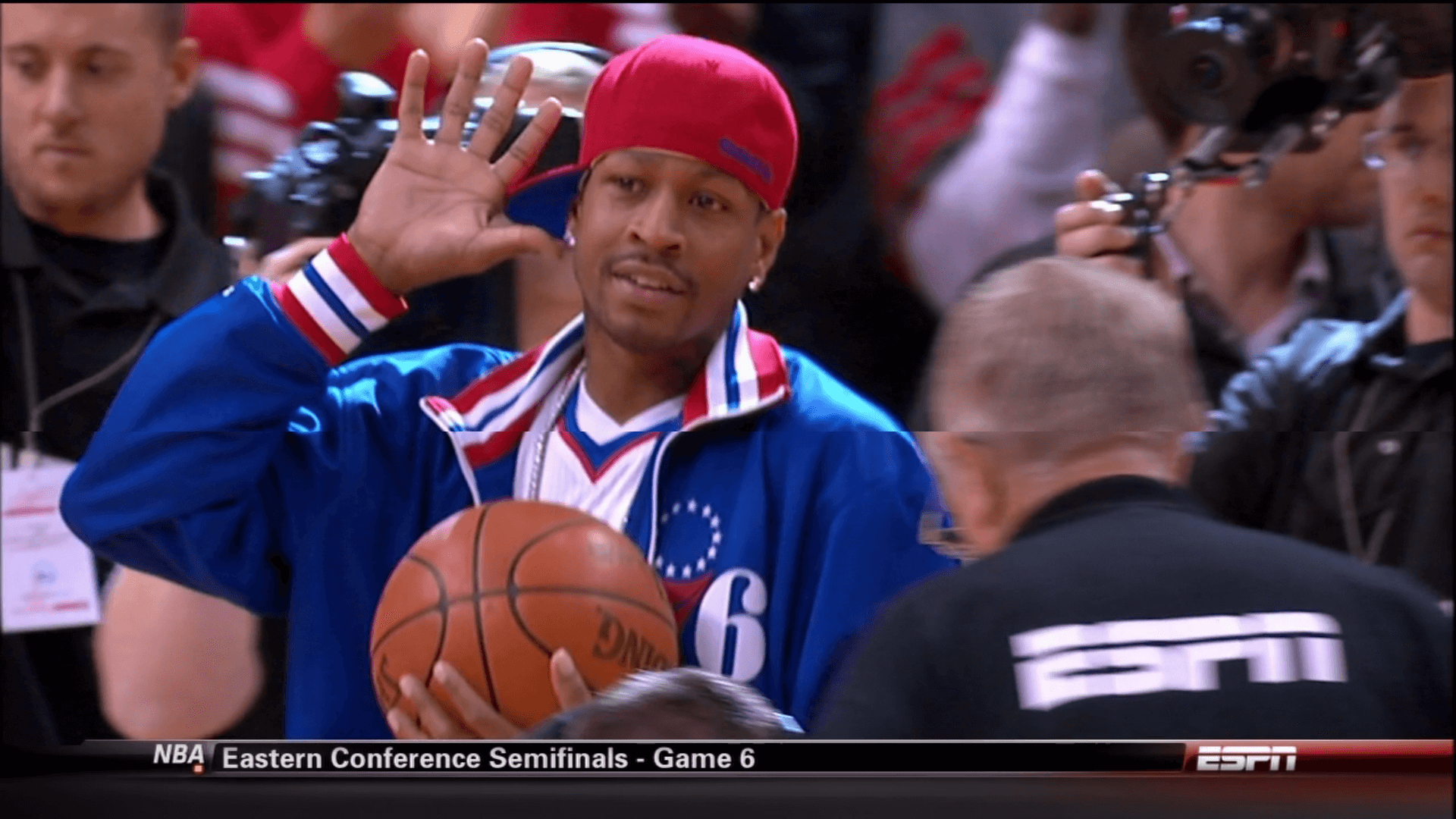 Basketball Podcast: The Lakers Go Fishing And Allen Iverson I…
4