Quicken Loans Arena is one of the most captivating arenas in the NBA. Of course, it’s easy to point at the ankle-breaking crossovers from Kyrie Irving, the three-point shooting from Kevin Love, and the breathtaking slam dunks and no-look passes from LeBron James, but DJ Steph Floss is the engine behind the Cleveland Cavaliers' home court success. With Floss on the 1s and 2s, it generates one of the best atmospheres not only in the NBA, but in all of sports.

Floss applies his infectious personality to endear himself to the Cleveland faithful. His interaction with the crowd gives fans the comfort of feeling right at home. The Ohio State grad has a way with connecting with the supporters of all ages, races, and ethnic background. The voice of the Cavs, Olivier Sedra (who made an impromptu cameo during the interview) dubbed Floss as the best DJ in Northeast Ohio. While that particular statement may be true, going further and potentially calling Floss the best DJ in the world isn't far-fetched.

Although he’s increasing his brand in his hometown, his celebrity appeal is colossal. To further prove that, just a few weeks ago, he DJ’d a concert that Jay-Z headlined for former Presidential candidate Hillary Clinton. Not to mention he is the personal DJ for LeBron James. On top of his duties with LeBron and the Cavs, he spins at the local radio station, Z107.9. Believe it or not, Floss is currently one of the longest tenured members of the franchise, clearly longer than quite a few of the players. In his eighth season as the pulsating source of entertainment for Cleveland, he enjoys putting on a show for his hometown crowd.

The Cleveland native took time out of his busy schedule to catch up with TSFJ after leaving a holiday outing with J.R. Smith and Tristan Thompson. He talked about the championship ride, his brotherhood with LeBron James, being a hometown hero, and much more.

TSFJ: What is it like being the DJ of the Cleveland Cavaliers?

Steph Floss: It’s electric. The organization is amazing. From ownership to the players, being a member of the Cavs is a one-of-a-kind feeling. Having the opportunity to work in one of the most electric arenas in the NBA as well all of sports is a plus. With us being the best team in the NBA, every team wants to beat us, therefore it is a playoff atmosphere every night.

TSFJ: Being a native Clevelander, how does it feel to perform in front of your hometown crowd?

Steph Floss: It’s an amazing feeling to perform in front of over 20,000 fans. What makes it even better is that the people I grew up with or went to school with, whether if it was in grade school or at Ohio State, gets to see me on a large stage. For them and myself, it makes me feel really good that they are seeing me do well, and hopefully, it makes them proud.

Steph Floss: Before being LeBron’s DJ, I’m his brother first. We have a real tight-knit group (not 'posse', take that Phil Jackson!) that look out for one another. We trust each other in all aspects. Whether if it’s me doing a cocktail party for him, a club or fundraiser, he knows that I have his best interest and vice versa. Bron is such a great guy on and off the court. He’s a great father, friend, husband, teammate, person, and of course, he’s the best basketball player in the world. LeBron the person is better than the basketball player, and that’s saying something.

TSFJ: Can you share your experiences of the feeling of Game 6 in the NBA Finals? How did it feel to give the energy for the biggest game that has ever been played at Quicken Loans Arena?

Steph Floss: The feeling in Game 6 was electric. Coming off winning Game 5 we knew we had to take it another level in front of our home fans for the last time of the year. The fans felt a sense of comfort after winning the previous game, but going against a team that won 73 games presented a challenge. The players fed off the energy in the arena and we won the game in convincing fashion. From there, we knew we had a shot to bring home the championship. After playing so well in previous games, we knew Game 7 would be epic, and it was that and more.

TSFJ: A lot of pundits crowned the Warriors as the greatest team in NBA history after defeating the 1995-96 Chicago Bulls' record of 72-10. With the Cavs defeating Golden State in the NBA Finals, do you feel that the Cavs should have the same respect?

Steph Floss: Absolutely….Absolutely. We defeated the self-proclaimed best team of all time in the NBA Finals, and in the manner, we did it coming back from a 3-1 deficit makes it even sweeter.

TSFJ: Speaking of the championship ride, how did it feel to bring a title to Cleveland for the first time in 52 years?

Steph Floss: It was so crazy. To be honest, it felt like Christmas. Just imagine waking up for two weeks straight and it’s Christmas. I can say that the feeling of winning the championship was better than any Christmas I had growing up as a kid. The day after was insane and the parade that followed was amazing. Just knowing you can call yourself a champion make things a lot sweeter. For the city of Cleveland and the heartbreak that has haunted the city, it felt good to be on the other end of it.

TSFJ: How do you decide on what music to play at the games?

Steph Floss: I take a lot of input from the players. When the team is on the road, Bron usually calls me and tells me what the players are listening to, and I sort of go from there.

TSFJ: What are the most popular songs that are being played?

Steph Floss: Even though it’s sort of getting old, “Juju on the Beat” is still popular. Rae Sremmurd "Black Beatles" is something that the players and fans love to hear. 2 Chainz's song titled "Good Drank" with Quavo and Gucci, 21 Savage's song “Sneakin” featuring Drake, Bruno Mars’ “24K Magic” and anything Lil' Uzi Vert. Uzi is hot right now.

TSFJ: Speaking of songs, being from Columbus, of course, I’m a fan of Jerreau. Was “Really Got It” the official anthem for the Cavs title run?

Steph Floss: YES! It was definitely the anthem. The funny part is that I had the song for a quite some time, and I knew it was a hit. It took off after Bron was in the Sprinter and uploaded the video on IG and the rest was history. The players and the organization LOVED it. Jerreau went on to perform the song during Game 4, which was a game we lost, but I won’t blame him for it (laughs).

TSFJ: I’m a huge fan of the LeBron's line of sneakers, and the VII's are my favorite, what is your favorite Bron sneaker?

Steph Floss: MAN, the VII’s are dope, but if I had to go with one pair, it’ll be the Wheat Nike Air Zoom Generation. It’s a shoe that’s versatile and you can rock a lot of different things with it. 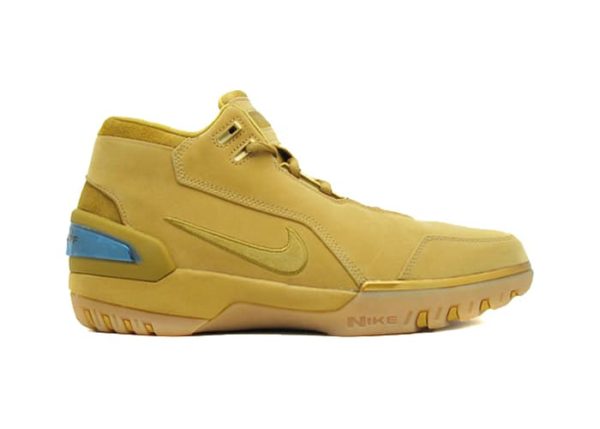 One Reply to “DJ Steph Floss Reflects on His Brotherhood with LeBron, the NBA Finals, and Being a Hometown Hero”