Dirk Nowitzki just might be part Benjamin Button, part Charles Francis Xavier as he attempts to defy the odds of defeating age and Father Time. We hear many athletes indicate that Father Time is undefeated (well sort of). There are very few that defeat it. Year after year we see our favorite athletes lose their powers in a New York minute. For a fan it’s tough to see, but it’s we all know the day is coming. As of now, that day is still looming for Nowitzki.

Last night, Nowitzki passed Shaquille O’Neal for No.6 on the NBA’s all-time scoring list. Obviously the comparison between Shaq and Dirk is illogical, but it says a lot to be in the same conversation with arguably the most dominant player of all-time. When Nowtizki first entered the NBA in 1998, many doubted if he could make the transition. After 13 All-Star selections, 1 championship, two NBA Finals appearances, and 28,609 points (and counting) I guess it’s safe to say that he made the transition.

In eighteen years of having the NBA in a frenzy, teams are going overseas to search for the next Dirk. Many have tried to duplicate the formula, and many have failed. Let’s just say there will never be another Dirk.

I may be in the minority, but I feel that the legacy of Dirk’s career has been undervalued. The seven-foot one legged fade away jump shooting aficionado has endured success in the NBA for damn near two decades. As we ride Kobe Bryant and Kevin Garnett (as we should) off into the sunset we also need to appreciate Dirk’s bout with Father Time.

He isn’t averaging MVP numbers, but leading his team in scoring and rebounding at 17.3 PPG and 7.3 RPG is pretty impressive. Unlike many aging players, Dirk has maintained his level of efficiency over the years. Per 36 minutes, Nowitzki is averaging 21.0 PPG and 8.5 RPG which is right on par to last season’s numbers in which he made his 13th NBA All-Star appearance. Not bad for a thirty-seven year old, huh?

Gone is the mobility that he had in his earlier years, but Nowitzki has added some tools in his arsenal that has allowed him to adapt to the changing times in the NBA. With a deadly post game, and a liking for making a living at the high post, Dirk has found his comfort level as an elder statesmen.

Just a few years ago, Nowitzki was partying in Club Liv with Lil’ Wayne in lieu of defeating the Miami Heat in the 2011 NBA Finals. Prior to defeating the Heat in the finals, Dirk was called everything in the book — except for great. Defeating Dwyane Wade, Chris Bosh, and LeBron James cemented his legacy, but as we fast forward to almost four years later, he’s continuing to write his basketball excursion.

When thinking of the Dallas Mavericks, you think of Nowitzki. As he is in the twilight of his career, I’ve gained an even greater appreciation for his basketball skill. He has adapted to the players around him while maintaining his greatness. From playing with Nick Van Exel to Steve Nash to Jason Kidd, Nowitzki has shown chameleon-like adaptability to still produce no matter who is suited up with him. Many pundits wrote off the Mavericks this season, and to no surprise they are in playoff position thanks to Nowitzki.

Age may steal the athleticism from an athlete, but the talent, will, and skill can allow a player to hang around longer than expected. Although Dirk is getting older, he is still the best player on his team.

The fight with Father Time may go all twelve rounds. At this rate Dirk is going toe-to-toe with something that has miffed many athletes. As expected, Father Time will continue to be stubborn and keep fighting until victory is complete. In year #18, Dirk has not shown any signs of slowing down. We know that he won’t keep up this pace for as long as he has, but let’s cherish the moment for what it is. It’s unclear if he will surpass more all-time greats, but that’s the mystery of what’s next makes Nowitzki’s journey more exciting.

With that said, let’s buckle up our seatbelts and enjoy the historic ride that the once unproven skinny kid from Germany has allowed us to endure.

Can Dirk Nowitzki Continue to Out Run Father Time? 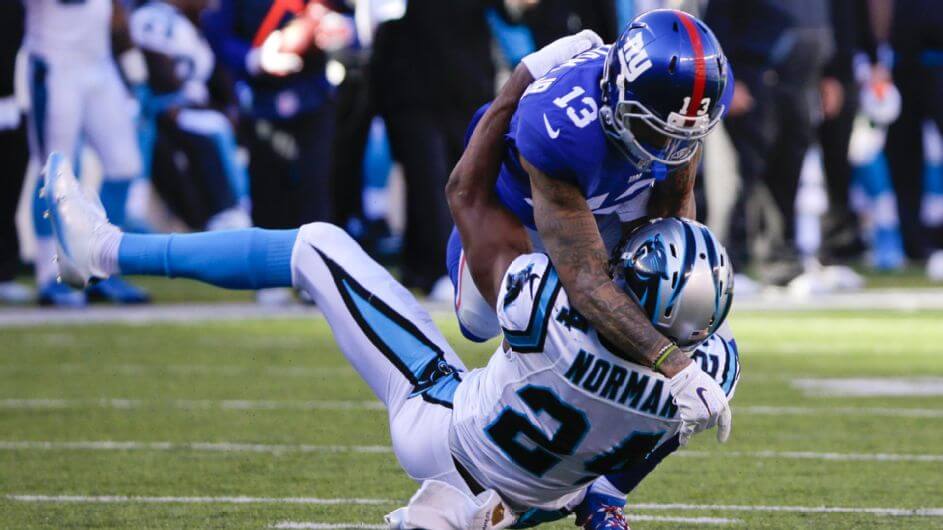