The late spring and early summer of 2001 was a glorious time in my life. School was winding down, and summer vacation was right around the corner. I was a carefree youth. And the Philadelphia 76ers were on an incredible run to the NBA Finals.

They won 56 regular-season games and entered the playoffs as the top seed in the East. Soon after, they cleaned up in the regular-season awards department, with Allen Iverson winning MVP, Aaron McKie taking home Sixth Man of the Year, Dikembe Mutombo finger-wagging his way to Defensive Player of the Year, and Larry Brown pushing all the right buttons to grab Coach of the Year.

The Sixers began their playoff run by defeating Reggie Miller and the Pacers, who had been the bane of their existence in eliminating Philadelphia the previous two postseasons.

That led to an epic 7-game battle with the Vince Carter-led Raptors in which neither team won two games in a row. Iverson and Carter put on one of the most spectacular duels in NBA history, trading blows and 50-point games. Not until Carter’s jumper bounced off the rim to end Game 7 were Sixers fans able to breathe a sigh of relief.

By this point, the city was in a frenzy. It seemed like every single car in Philadelphia had a Sixers flag flying proudly from the back window, and you couldn’t go two steps without seeing something Sixers or overhearing someone talking about them.

That series was a tough act to follow, but the Eastern Conference Finals did their damndest to hold their own. The Sixers were set to face the Milwaukee Bucks and their “Big 3” of Sam Cassell, Ray Allen and Glenn Robinson. As much as the Raptors series was an exercise in elegance and the beauty of two superstars putting their teams on their backs, the Bucks series was a throwback to the days of the physical playoff clashes that ruled the '90s. The Bucks grabbed and battered and bloodied Iverson, even managing to force him to miss Game 3.

Once again the series came down to a deciding 7th game. I would be forced to duck out of my cousin’s wedding reception early in order to catch the game, and was joined by my dad and my uncles in doing so. This Game 7 would be far less dramatic than the one against the Raptors, as the Sixers ran away with a 108-91 victory. Time expired, and the Sixers were finally heading back to the NBA Finals.

As the confetti fell, Iverson raced down the court with his finger in the air, heading to embrace his mother. That’s when NBC pulled aside Mutombo for an interview, and he uttered what would become somewhat of a rallying cry in the days leading up to the matchup with the vaunted Lakers …

That incredible run brought the city together and provided me some of the most joyous moments I have received from my sports fandom as well as countless memories. Mutombo’s jubilant refrain and the smile on his face became burned in my brain, a lifelong reminder of that glorious time in 2001.

(Sadly I can't find any video or audio of the interview, so enjoy Dikembe's awesome commercial instead.)

Basketball A Gambling Man: Mark Cuban And The Inevitable Play… 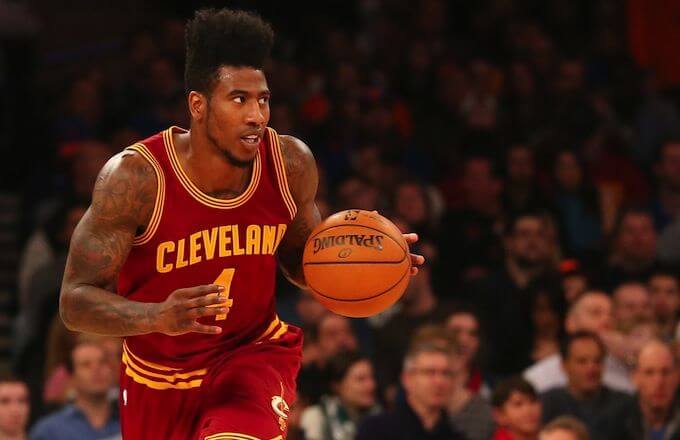 Basketball The Big Dance: Iman Shumpert Drops All The Names
0