We are gathered here today to reflect on the untimely demise of the Brooklyn Nets in the 2014 NBA playoffs. Despite putting up a strong effort in a must-win Game 5, the "other" New York team just couldn't withstand the Miami Heat when it mattered.

With all of the question marks surrounding the future of this franchise, there were five things in particular that crossed my mind in the waning seconds. Some of these thoughts are more relevant than others, and some certainly lead to more questions than answers. With that said, everything about the Nets at this point is one big question, so let's focus on what we can.

Joe Johnson rises to the occasion and still falls from grace

Despite putting on a performance for the ages, leading the Nets with 34 points while shooting 15 for 23, it was a timely turnover by Joe Johnson that ultimately lost Brooklyn the game. To be fair, without him the Nets never would have even been in position to win this game. He's been great throughout the series, but in a game that Brooklyn had to win to stay alive, he was lights out across the board.

Unfortunately for Joe, you're only as good as your last situation, and he'll have to think about that final possession where the ball was stolen from him to end the game from now until the fall. LeBron James asserted his dominance and ultimately made a highlight that will probably be added to James' personal playoff legacy for years to come. Poor Joe Johnson — I hate that it had to be him.

Though it hasn't been confirmed by any means that KG may have played his final minutes in the NBA, one does have to wonder if there is anything left in the 37-year-old vet. Since it's all speculation for now, all we can do is wonder and commend him on a career well done.

It was a struggle for Garnett to stay on the court this season, and even when he played his impact was greatly diminished. Nobody escapes the hands of Father Time, and there is no shame in admitting that your best days are behind you. No matter how you may feel about the South Carolina-bred player, his place in the game has long been cemented. This is a player who comprises a large part of my NBA fandom, as he's embodied the current generation more than most. When the day comes that he truly decides to walk away from this game, trust and believe this topic will be revisited and much more in-depth. Until then, all we can do is hope that the last memories of KG don't include the lackluster performance seen in this series.

The loss of Brook Lopez was surely felt

Yeah, Brook Lopez has missed most of the season and Brooklyn has had to adjust to life without him, but it doesn't hurt to wonder what could have been. Lopez's presence wouldn't help Brooklyn dominate the boards, but it could have definitely helped the Nets run it up. Having his offensive skill set and scoring ability might have been just what the Nets needed to clinch another game out of this series. At the least, it would given them a weapon they were surely lacking in their front court.

I'm convinced. Basketball and Deron Williams equates to a bad marriage. Yes, you may love your spouse. You might even have a few good moments every so often that remind you why you fell in love in the first place. However, as time goes on, you just come to realize that no matter how much Deron Williams may actually love the game, it's hard to translate when you watch him play.

There is a reason why Shaun Livingston was trusted so much on those final possessions over Williams to seal the game for Brooklyn. Once upon a time, there was a legit argument to be made for Deron Williams as the best point guard in the world. Now it's hard to justify putting him on a top 10 list at his own position. His honeymoon years in the NBA have been over for some time, and his standing as an elite in this game has been hanging on by a thread ever since. Health issues aside, it's a damn shame what's happened with D-Will.

So what's next for Brooklyn?

Quite possibly the most important thing to think about now that this series is over is where do the Brooklyn Nets go from here? Despite turning their season around after a disastrous start and advancing to the semifinals of the Eastern Conference, if we're being completely honest this team was built to win now. While one could make a case that the season was a success with rookie coach Jason Kidd at the helm ( I wouldn't), their window for success may have closed already.

The front office hasn't done itself any favors by potentially trading all of Brooklyn's first-round picks from now until 2018. That in itself is almost incredible considering the Nets have a roster that's salary cap situation is more similar to the New York Yankees than an actual NBA team. They didn't just gamble, they went all in on the acquisitions of Joe Johnson, Kevin Garnett and Paul Pierce with nothing to really show for it. The Nets have prevented themselves from being able to build through the draft and have acquired a roster of players that will be hard to move. They've exceeded the salary cap to the point where it's obvious they don't care, and they give no signs that they'll be cutting costs. In fact, it's quite possible that they will have to spend even more money if they hope to build off this season just to compete next year. An NBA roster pushing the $200,000,000 mark is absurd on so many levels, but the Nets are gonna Net.

Happy trails to Brooklyn, because that front office has a hell of an offseason waiting for it.

6 Replies to “Dearly Departed: 5 Thoughts On The Burial Of The Brooklyn Nets”

Dearly Departed: 5 Thoughts On The Burial Of The Brooklyn Nets 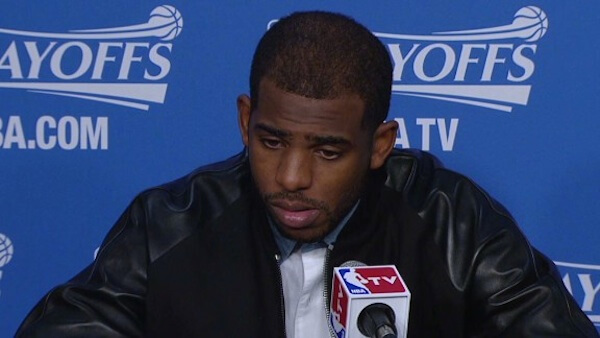 Basketball The 300: The Clippers Collapse Never Felt Like It …
6