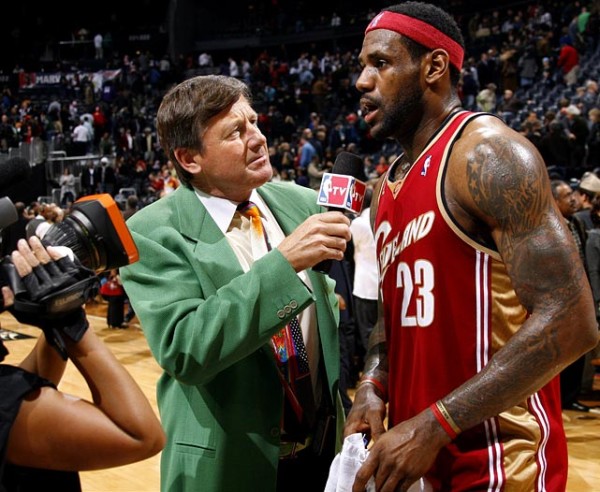 Dedicated to Craig Sager, the man who never met a color combination he didn't like and the man who should introduce Gregg Popovich at his Hall of Fame induction. #GetWellSager

The NBA is a family. An infinitely large one, at that. We're talking the players, coaches, media, refs, arena workers, front office execs, the fans, the whole nine. We don't always like each other, similar to a family, and that's perfectly fine. The NBA playoffs, on that accord, represent the annual family reunion cookout. Nick Young is behind the makeshift bar making drinks. Ray Felton may or may not be the cousin cutting everyone in line waiting on the next batch of hamburgers or hot dogs. And OJ Mayo is the cousin who hit the lottery never to be heard from again.

Each game is a different dish. For example, Game 1 between the Blazers and Rockets was an immaculately seasoned medium well steak with a Jack and Coke to wash it down. Clippers/Warriors Game 2, however, was a horrible batch of potato salad. Yet and still the playoffs are appreciated because, in the truest scope of family, it allows us to embrace the dexterity in every family member.

And similar to families, life happens.

I only know Craig Sager through the common bond of sports, specifically basketball, his well-documented, legendary wardrobe and one hell of a drunk night in Milwaukee everyone over the age of 21 has experienced once or seven times in life. I'm pretty sure Craig has no clue I even exist, which is fine. Kevin Durant's scoring prowess remains unfair, Damian Lillard is a pleasure to watch in crunch time and LeBron James is still the greatest Area 51 experiment living peacefully in society (along with Adrian Peterson). And yet, watching the first 96 hours of playoff hoops without Craig Sager isn't a basketball life I'm ready to accept moving forward.

As much as we condition ourselves not to, taking certain luxuries for granted is almost guaranteed to happen. It's the result of our subconscious becoming comfortable, something far beyond our control despite life lessons constantly preaching otherwise. So upon learning Craig Sager was diagnosed with acute leukemia, a certain reality set in. Questions did, too.

Did they catch it in time?

What would the procedure entail?

How sick was he?

There's no way he's going to miss the playoffs. He'll be back by the conference finals, right?

Who the hell is going to interview Gregg Popovich now? 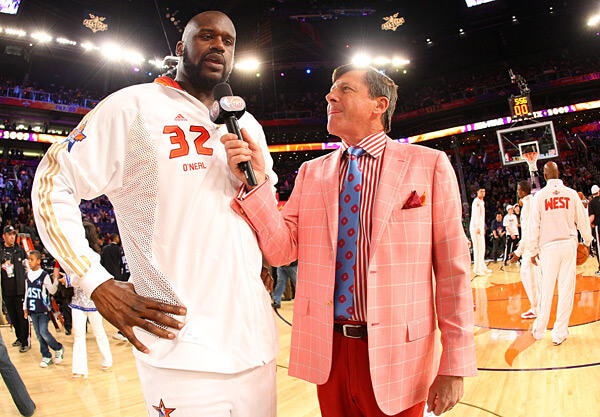 Anyone who knows me understands the role cancer plays and the emotions it invokes in my life. I instantly began worrying about Sager as if he was my next of kin partially because it's how I view everyone grappling with the disease. In the days since Sager's son, Craig Sager, Jr., made the announcement, the overwhelming tidal wave of support is nothing short of spine-tingling.

The old saying in life goes "always give a person flowers while they can still smell them." And it sucks the outpouring of attention for one of the game's more beloved and recognized figures now comes as he watches basketball in an Atlanta hospital undergoing treatment for a disease that scares the living shit everyone. But love is love, and as a great man once said, "you just can't fake it."

What Popovich said during Game 1 of Spurs/Mavericks while being interviewed by Craig "HeMan/Clay Matthews" Sager, Jr. was real and spoke for us all. The fact Sager's sense of humor remains in tact is real, telling Sports Illustrated, "Pop saying he wanted me back and then promising to be nice? I was like, Oh my God, that’s unbelievable, what an honor. But then I started thinking about it: If I come back and Pop starts being nice to me, it just wouldn’t be right. I want him to go Serbian [Popovich was born to a Serbian father] on me.”

The amount of respect Pop has for Sager, often viewed as his sideline pest, is even realer. That lighthearted smile of his is real. His resume as a journalist undoubtedly is, too. He was the man who interviewed Hank Aaron the moment he crossed home plate after breaking Babe Ruth's record in 1974.  The players, refs, Inside The NBA crew and fans paying homage is real. The #GetWellSager hashtag is definitely real. And yet, here I sit at a computer at 2:00 a.m. knowing I have to be up in only six hours wondering what the hell I can possibly say to a guy I've never met, but somehow feel like I know personally because he's been involved in basketball from the moment I realized the game revolved around more than Michael Jordan 20+ years ago.

These words are no different from the hundreds of thousands Craig and the Sager family have received since last week. Prayers go out to the Sager unit and every family afflicted by the disease in some way, including my own. Cancer is already scary enough by sheer mention.  We don't need to cloud thoughts with worst case scenario possibilities. What would that help?

Instead, for any fan of basketball, Craig Sager is family. This time next month he'll be done with treatment and we'll all laugh as he Skypes in a call to Ernie, Chuck, Kenny and Shaq on set. Craig's going to be fine. Piggybacking off of Keith Olbermann, it's not a matter of how long Sager will remain in the hospital, it's more so how long the leukemia feels like taking jabs to the chin and haymakers to the jaw.

We all miss Sager on the sideline and in the locker room. If it's weird for us, imagine how it feels for him. The guy hasn't missed a day of work since 1973 - the same year Secretariat captured the Triple Crown. Perhaps the only appropriate thing to say is this.