National championships are hard to come by, and just because you are ranked at the top doesn’t mean somebody from the bottom won’t knock you off on the road to Houston. It’s true that the stronger your ranking, the smoother your path to success, but not everybody has an airtight case. This is where we come in.

In honor of the beginning of arguably the best month in sports, we at TSFJ have decided to celebrate the calm before the madness by breaking down each of the AP Top 5 teams. Will they make a national title run or not? Let’s figure out your bracket together.

Next up: The No. 3 Villanova Wildcats

Why They Will Win It All

The entire narrative of Villanova’s March will be based around its spectacular postseason failures since the team’s Final Four run in 2009, particularly the past two tournaments that saw the Wildcats seeded 2 and 1 fail to reach the second weekend. This could be the season Jay Wright and company exorcise those demons in a big way.

The computers absolutely love this year’s Wildcats. Villanova is ranked second in both RPI and BPI, joining Virginia as the only other team ranked in the top five in both indexes. That’s impressive for sure, but championships are won on the court by players, not by algorithms.

Luckily for Villanova, the team looks pretty good on the court as well. On Tuesday, the Wildcats clinched their third straight Big East regular-season title, a conference that’s better than a lot of people want to give it credit for. They are 9-3 against the BPI top 50 and are the only team in the country that is undefeated against unranked opponents.

As you work your way down the checklist of indicators of tournament success, the Wildcats earn a check mark on nearly every one. Senior leadership, great guard play, a legitimate anchor down low, a balanced scoring attack, good free throw shooting and great defense — Villanova has it all.

The Cats have five players averaging double figures. Senior Ryan Arcidiacono provides a steadying hand at the point. Daniel Ochefu anchors the post. Josh Hart (15.1 points, 7.3 rebounds) is one of the most underrated players in the country. The emergence of Kris Jenkins, who is averaging 21.4 points per game over the last five games, only bolsters the offense further and stretches defenses more thin than they already are. Nova shoots 78 percent from the foul line, and the Wildcats currently rank 13th in points per game allowed.

The stingy defense and balanced offensive attack are the keys as Villanova tries shake the recent postseason failures. Opposing coaches can’t single out a particular Wildcat to try to take out of the game because there’s a long line of teammates ready to pick up the slack. Villanova’s haranguing defense allows it to set the pace of the game and force opponents to play its style.

One final, and perhaps overlooked, advantage for this year’s Wildcats is depth. In addition to those five players averaging double figures, they have a total of eight players averaging at least 17 minutes a game. Junior Darryl Reynolds, sophomore Phil Booth and freshman Mikal Bridges have all played meaningful minutes and provided some very bright moments. This could turn in to a huge plus for Villanova during the grueling tournament schedule.

This team has everything you need to make the ultimate tournament run, plus a chip on its shoulder as it looks to silence the critics and show it can play Villanova basketball when it matters most. Villanova is ready to party like it’s 1985.

Why They Won’t Win It All

This is a tough argument to make, given the lack of tangible evidence that spells out defeat in the tournament. Villanova leads the Big East conference in most statistical categories, including sitting on top of the standings at 15-2, with Xavier next in line at 13-4.

That being said, the Wildcats are not infallible. They rank sixth in the Big East in three-point field goal defense, giving up 35.5 percent from beyond the arc to their opponents. If Nova eventually runs in to a perimeter shooting team like Michigan State, Kansas or even St. Mary’s, that could spell trouble for the Wildcats.

Another way to stymie Nova is to block out inside and clean up the glass. Villanova ranks fifth in the Big East in rebounding, averaging 35.4 a game. Both Providence and Xavier rank ahead of the Wildcats, and rebounding played a significant role in the upsets the Musketeers and the Friars laid on Villanova. Nova only averages 9.6 offensive rebounds per game, putting them seventh in the Big East.

Lastly, Villanova has trouble effectively shutting down star players — in the Wildcats’ 82-76 loss to Providence, Friar standout Ben Bentil went off for 31 points.

And in Nova’s 86-75 loss to Virginia, Anthony Gill finished with 22 points. A team like the Jayhawks, who can kill you from the outside in, will give Villanova trouble, particularly with standout senior Perry Ellis at the helm. 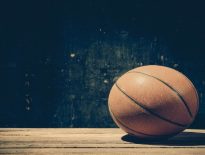 Basketball The Once King Of Ohio: Q&A With Former High Sc…