Today we conclude our series of college basketball conferences with a look at the SEC.

It’s pretty clear that the SEC is Kentucky and then everyone else. The conference has been weak for a few years now, and that won’t change in 2016-17. The SEC could end up with anywhere from three to five bids in the NCAA Tournament, but the only true threat is Kentucky.

The SEC is Kentucky’s world, and everyone else is just living in it. As has become the norm, the Wildcats will rely on one of the nation’s top recruiting classes while getting some help from a few key returners.

Kentucky lost a ton of fire power from a season ago. Tyler Ulis, Alex Poythress and Jamal Murray were all double-figure scorers, while Skal Labissiere and Marcus Lee were key contributors as well. For most programs, losing that kind of production would be a death blow, but Kentucky is not most programs.

In typical John Calipari fashion, Kentucky brings in five highly touted freshmen who will be asked to carry the load. Guards De’Aaron Fox and Malik Monk along with forward Bam Adebayo are immediate starters and must-watch talents. Adebayo provides a dominating presence down low, where he will have no problem scoring and clearing the glass. Fox is an excellent slasher who is also an adept passer, while Monk is an explosive athlete who can score from anywhere. All three are potential lottery picks in June’s NBA Draft. Fellow freshmen forwards Wenyen Gabriel and Sacha Killeya-Jones will also get meaningful minutes.

Sophomore guard Isaiah Briscoe and senior forward Derek Willis are the experienced members of the roster. At 6-9, Willis can play at the small forward spot or as a stretch four, as he connected on 44.2 percent of his threes last season, and he is the only senior on the roster who played more than 10 minutes per game last season. Briscoe averaged 9.6 points, 5.3 rebounds and 3.1 assists last season, but shot an alarming 13.5 percent from three. However, the 32 minutes a game he played as a freshman could be big for an unexperienced roster.

Kentucky should win the conference going away, and if the freshmen can mature over the course of the season, the Wildcats will be a popular pick for the Final Four. The talent in that recruiting class is eye-popping and makes the Wildcats must-watch this season, as last night’s blowout victory against Michigan State, 69-48, proved.

The Gators have been one of the best programs in the country over the past decade. They won a pair of championships when they went back-to-back in 2006 and 2007, and from 2012-2014, Florida had two Elite 8s and a Final Four. But Billy Donovan is gone, and his successor Mike White is looking to build the program back to those heights after an NIT appearance in his first season at the helm.

Florida loses Dorian Finney-Smith, the team’s leading scorer and rebounder from a season ago. Junior forward Devin Robinson will look to fill the void, who averaged nine points and 5.6 rebounds last season. Robinson is long and athletic, and he has a very nice jump shot with good range. If he can improve his consistency, he has the potential to fill up the stat sheet. He’ll get help in the frontcourt from 6-11 center John Egbunu. Egbunu is a double-figure scorer who was also second on the team in rebounding last year, and he can be a force in the paint. Egbunu is also a major defensive presence at the rim. Senior Justin Leon should be a steady contributor as well. He is an effort and energy guy who was also Florida’s most effective three-point shooter last season.

In the backcourt, Florida hopes that Kasey Hill can build on his late-season emergence that saw him double his scoring average and increase his assists from 3.7 to 4.4 per game. Sophomore KeVaughn Allen will be key for the Gators as well. He showed flashes as a freshman, including outbursts of 32 points against Florida State, 27 against Ole Miss and 22 against George Washington. If he can have nights like that more consistently, Florida emerges as the top SEC team behind Kentucky. College of Charleston transfer Canyon Barry, son of Rick Barry, may be the Gators’ top scoring threat after averaging 19.7 points per game in his last season at CoC.

Florida must improve its shooting from a season ago, particularly from three and from the free throw line. But the pieces are in place for the Gators to improve upon last year’s NIT berth and earn an invitation to the Big Dance.

Like Florida, Georgia is looking to turn an NIT berth last season into a return to the Big Dance this year. The Bulldogs will try to turn that goal into reality with one of the best inside-out duos in the SEC.

The inside part of that duo is 6-8 forward Yante Maten. Maten averaged 16.5 points and six rebounds last season and has some shot-blocking ability. He also has a very nice shooting stroke and connected on eight of 15 attempts from three. Expect to see him venturing out to the arc more this season to utilize that jump shot.

The outside part of the combo is J.J. Frazier, who led the Bulldogs in scoring and assists a season ago. He is a bit undersized at 5-10, but he plays with an infectious energy and a chip on his shoulder. If he can improve upon his 38.6 percent three-point mark, he becomes an even bigger factor.

It will be interesting to see if this duo can shoulder the load and push Georgia into the NCAA Tournament.

Davis had a very impressive freshman campaign, averaging 11.3 points, 6.2 rebounds and 1.1 blocks while shooting a blistering 66 percent from the field. While doing most of his damage in the post, the 6-11 center can also step out and knock it down from the mid-range. He put up those numbers while consistently being the fourth option on the offensive end and is in position for a breakout season as he becomes more of a focal point.

Saiz is another player who is looking at a breakout season, as Ole Miss transitions from relying heavily on guard play to an offense that will run through Saiz. Despite last season’s offense going primarily through guard Stefan Moody and his 23.6 points per game, Saiz was still able to average 11.7 points of his own. He also averaged nearly nine rebounds and should be a nightly double-double threat as he becomes more of a focal point in Ole Miss’s offense.

No surprises here. Kentucky has by far the most talented roster in the conference and really shouldn’t be pushed in the SEC. The Wildcats will be focused on the maturation of the freshmen as they prepare for a deep March run.

Arkansas senior forward Moses Kingsley gets our nod for SEC Player of the Year. Kingsley was dominant last season, averaging 15.9 points, 9.3 rebounds and an impressive 2.4 blocks. At 6-10, he also has decent range on his jump shot. He is one of the best big men in the conference, if not the country, and Arkansas has the potential to be a surprise team in the SEC. If it is, Kingsley will be at the forefront.

Kentucky should have no problem running through the conference. After the Wildcats, there’s four teams battling for anywhere from two to four NCAA bids. Florida should be a lock, while Vanderbilt, Texas A&M and Arkansas vie for the remaining spots. I would keep an eye on Arkansas, as Kingsley and guard Dusty Hannahs provide a nice inside-outside combo. As of now, Kentucky looks to be the only national force residing in the SEC, but we’ll have to watch to see if any of the other programs can develop into active participants in March.

College Basketball Primer: What You Need To Know About The SEC This Season 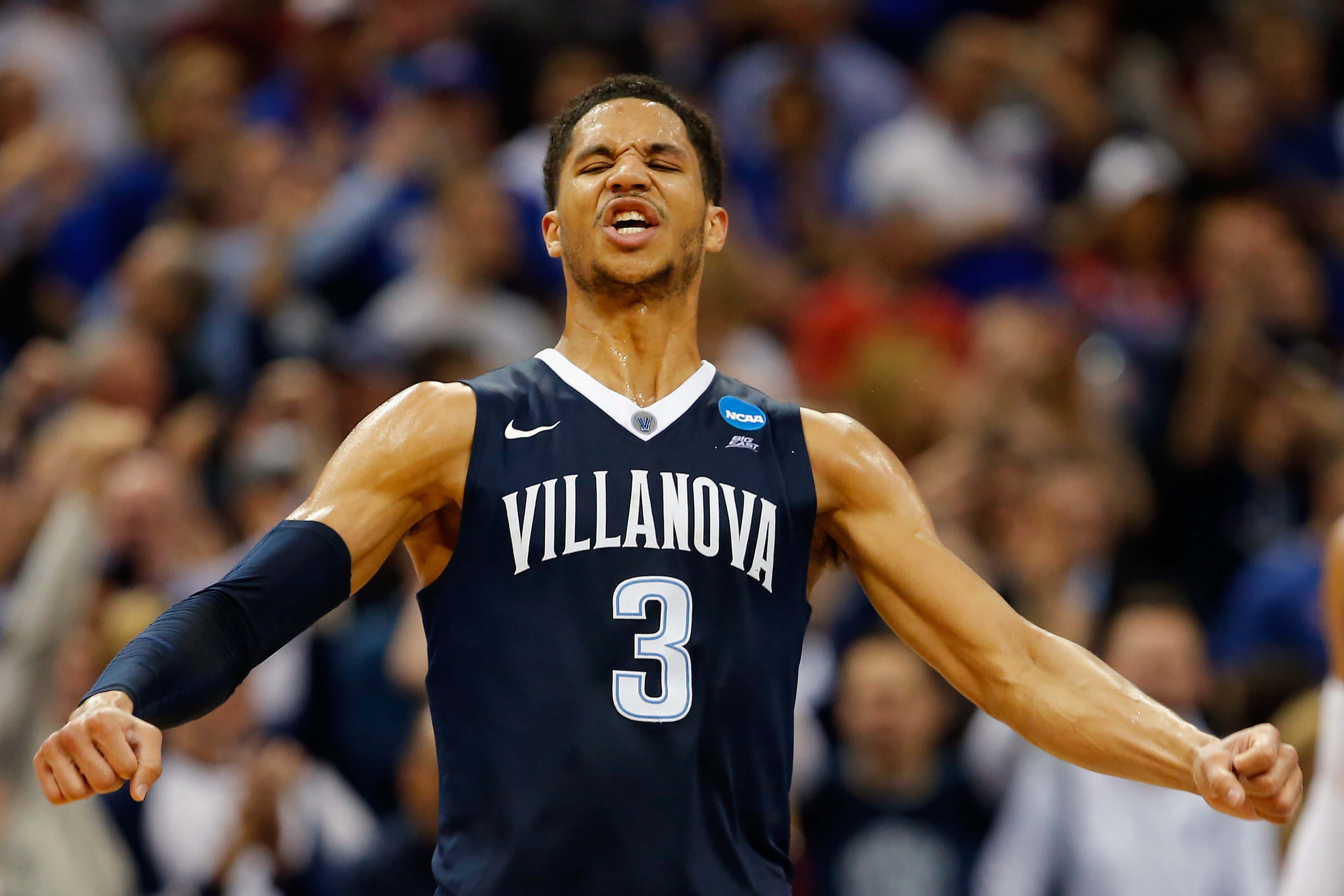 Basketball Villanova Makes A Statement That Last Season Was N… 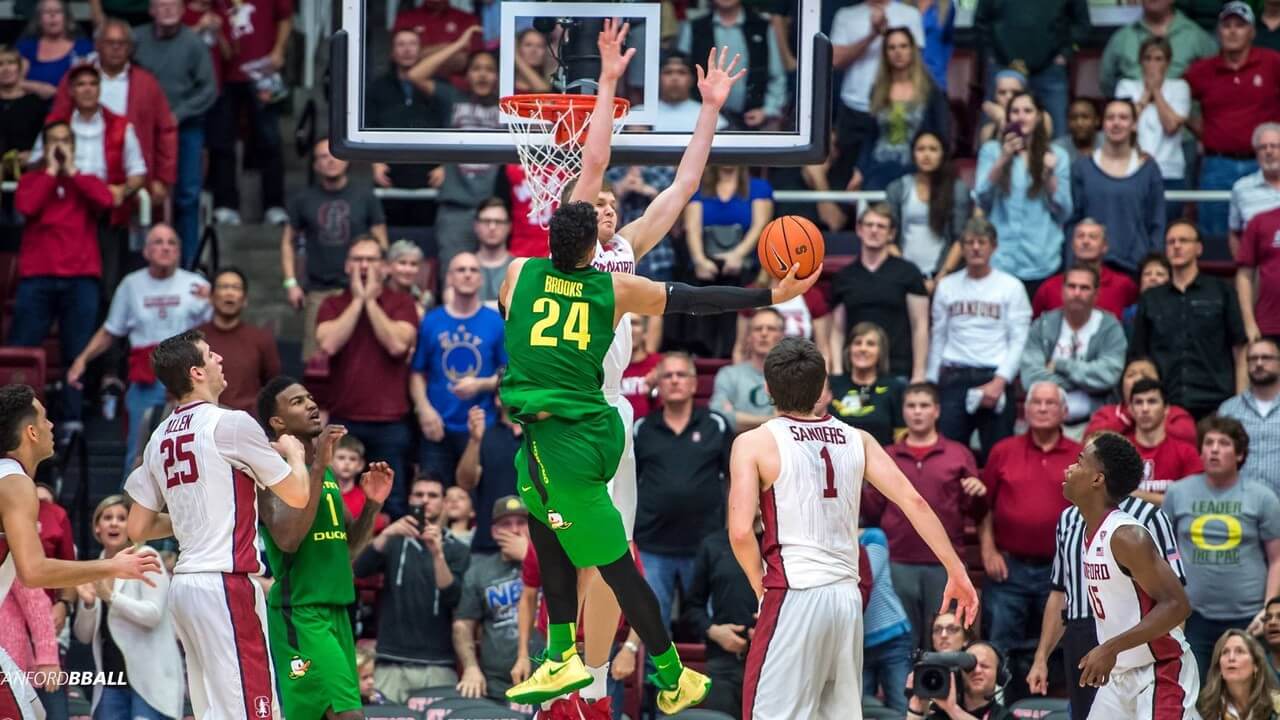