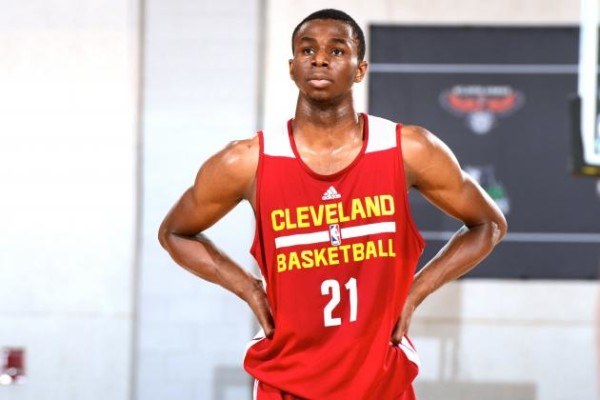 In the movie “Groundhog Day,” Bill Murray played a weatherman who was forced to repeat the same day over and over again. That is essentially what has been going on with this reported Kevin Love for Andrew Wiggins trade. Pretty much every day for the past few weeks has consisted of the same breaking news event. Yes, the details have slightly differed depending on the day, but they all maintain the constant that Minnesota will be trading its All-Star power forward for Cleveland’s latest number one draft pick.

Except there’s the little fact that they can’t. At least not for about two more weeks, and despite news that a deal has been reached (tentatively), the redundant cycle is surely going to repeat. That means we’ll also be forced to watch this story play out in one of the most poorly managed ways possible. Fortunately, the most recent news seems to be the most legitimate that we’ve seen yet.

On the one hand, everything about this potential deal is exciting and great for the NBA. Instead of watching Kevin Love struggle to lead the Timberwolves to a .500 record (if that), he’ll be another name added to the resurgent Eastern Conference. Playoff implications aside, that’s a perfect deal based purely on basketball reasons.

The flip side of that is Andrew Wiggins will basically be taking Love’s place in the Minnesota tundra. While I have no issues with Wiggins being dealt there seeing as how the NBA is by all means a business first, I can’t agree with the way the situation has been handled. In the span of a month, Wiggins has gone from a highly touted franchise changer to yet another player that Cleveland has poorly managed under its watch.

As an organization that has seen firsthand how it feels to be spurned on national television, the Cavaliers have basically done the exact same thing to Andrew Wiggins. Trade rumors have always been a constant in sports, and the rise of social media has made them even harder to filter through. Yet the one thing that most teams have in common when it comes to diffusing rumors is mastering the art of denial. Few organizations play their hands before they need to, and no matter how often a player hears his name is on the trade block, knowing that his team has his back (publicly at least) is more than enough.

There should never be a time when a player, especially one that has yet to play a minute as a professional, has to endure an interview like this:

Take note that this interview happened a day after it was reported that the NBA store has discontinued the sale of Wiggins Cavaliers jerseys. Anyone with just a casual interest in the NBA was aware of the trade rumors, but this interview was more telling than it should have been. I have no issue with the interview itself, but a simple heads up from his team could have gone a long way here. Would it have been too much for him to have been told where he stood with the organization?

The number one draft pick will go on to make millions of dollars doing what he loves in the NBA, but right here we’re reminded that in reality he is still just a kid. He’s still finding his way in life, let alone his profession, and it’s more than obvious that while he is aware of the rumors, Cleveland has done nothing to ease his mind.

Cleveland’s newest GM, David Griffin, should take a page out of Danny Ainge’s book. As much as we all know that Rajon Rondo is out of Boston the second Ainge gets a deal worth taking, he will look us all in the eyes and tell us that’s just not the case. We know it’s a lie, he knows that we know this, yet he at least gives off the impression that he cares about his players enough as human beings. Griffin and by extension Dan Gilbert because he’s always heavily involved certainly aren’t showing us that.

Seriously, there are people within the Cavaliers organization whose very jobs revolve around maintaining strong communication with other parties. How hard would it have been for them to reach out to Wiggins and basically give him a heads up one way or the other? The Cavs have been playing this situation close to the chest, but when you have the owner of the Timberwolves telling the world a deal is coming, it’s on them to be up front. This is a kid who is being forced to address questions of whether the team he was drafted to even wants him, and yet no one in Cleveland sees a problem with that? Not a generic press release, brief acknowledgment on the record, nothing?

Never mind the fact that Cleveland has made nothing but bad decision after bad decision since LeBron’s infamous “Decision” in 2010. Having him back in the fold will certainly make us forget all the missteps this team took without him.

Handshakes, verbal agreements and whatever under-the-table deals aside, nothing about the Kevin Love acquisition has been finalized. There is even a chance, no matter how small, that Minnesota backs out and makes a deal with Golden State. While Wiggins will most likely tough it out and play regardless, that’s a terrible way to start a working relationship. Obviously with LeBron James there, the expectations for Wiggins are going to be put on hold if not brought down, but that doesn’t excuse the Cavaliers’ lack of empathy.

Gilbert has shown us all firsthand what a scorned figure looks like when he’s been rejected, but maybe he’s forgotten how that feels.

I hope Wiggins goes on to have a tremendous career with the Timberwolves and that these awkward moments he’s had to deal with are just growing pains. Bottom line, Andrew Wiggins deserves better, and hopefully he gets just that. Unfortunately, he’ll still have to wait two more weeks before he can really  move forward, and that means two more weeks of being tied to a team that could care less about how he feels as an employee. Pretty much the corporate side of business in a nutshell.

by Esau Howard time to read: 3 min
Basketball All Hail Zo: Alonzo Mourning Gets His Just Due

Basketball The Overdue Significance Of Becky Hammon And The S…
7