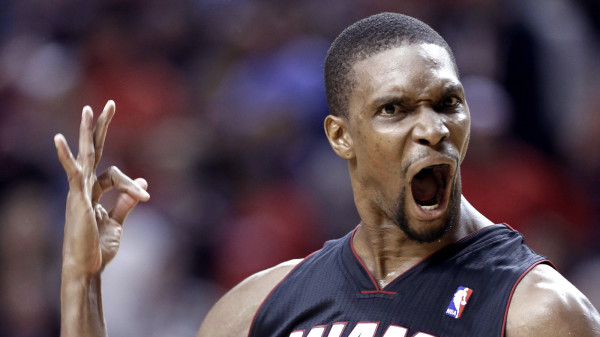 As I watched the ridiculousness that was Game 5 of the Eastern Conference Finals, there was something that bothered me about the Miami Heat. It wasn’t the lack of LeBron James. The early foul trouble that sidelined James was a mix of bad calls and poor decisions on his own part. Nor was I interested in seeing Mike Beasley get any time to effectively impact nothing. The Rashard Lewis sighting was nice, and having Dwyane Wade on the floor healthy will always make life easier, but the Heat has an established Big 3 for a reason.

The problem I had was solely based on the performance of Chris Bosh.

To be fair, Bosh did end the game with an impressive double-double, racking up 20 points and 10 boards in the loss to Indiana. My issue came from the fact that Bosh should be doing this fairly often but for one reason or another hasn’t. In many ways, he is the pivotal factor for the Miami Heat, and his third-option role allows him to shy away from criticism.

It’s hard to fault anyone who plays on a team with LeBron James when he’s the most loved/hated target in the NBA. I admit that I often downplay the contributions of Bosh myself, and the extended absence of LeBron forced me to really put his value in perspective. And when you really look at it, Bosh is the second most important player on the Miami team and should embrace that role accordingly.

Paul George was undeniable, and Indiana managed to hold Miami at bay for the Game 5 win. It was a solid victory for the Pacers, but the series should have ended Wednesday night. Even with Bron only playing 24 minutes, we know what Miami has at its disposal. We certainly know what Bosh can do when determined, though it’s often forgotten.

Since he’s been in Miami, Bosh has had moments where it seems like his mind just hits a different trigger and he’s back in his Toronto Raptor days. We saw it for brief spurts against the San Antonio Spurs in the 2013 Finals, and we occasionally saw it throughout the season. We’ve seen Bosh rise to this next level in Games 4 and 5 of these Conference Finals and the entire Semifinals match-up against the Brooklyn Nets. He wasn’t averaging a double-double or the most dominant player on the court, but Bosh was focused. He made every possession count and had an obvious presence on both ends of the court. Bosh doesn’t have to carry the scoring load or dominate the boards, but he damn sure picked up the pieces that his team left available in those games, which is exactly what Miami needs. 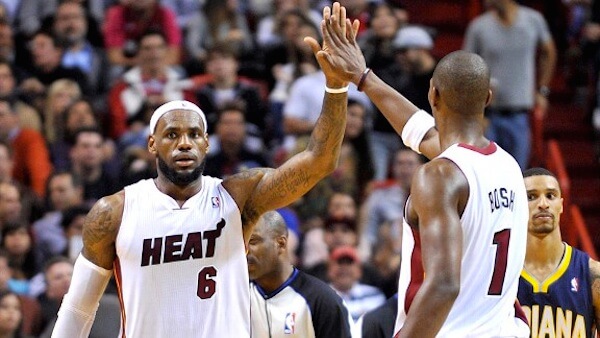 As I stated, a healthy Dwyane Wade is the ultimate stress reliever for the Miami Heat. The biggest perk Miami needs in its favor isn’t an active Wade though. Nostalgic preferences aside, Bosh has to believe that he’s that next guy. LeBron getting in foul trouble was a rare solar eclipse that most likely won’t happen too often in our lifetimes. Yet it happened, and it created a scenario where it’s possible that his presence can be limited in games. Bosh doesn’t just have the experience — he still has the skill set and dominance to maintain order on a court full of chaos. No other player on the Heat can realistically maintain that balance .

That’s why it’s so frustrating to watch Bosh maintain his passive-aggressive efforts. Waiting for him to switch into his beast mentality is nerving because I still believe he can do it effortlessly.

For all the scrutiny LeBron made for that last possession in Game 5, it’s prior moments like this that make it the right play.

Bosh can make that shot. He can cause fits on the defensive end, and as a true stretch four, he can give that Indiana front court hell when left unnoticed. Of course, this is assuming Bosh isn’t comfortable in his role. Perhaps he’s content, and that mentally has kept him from upping his sense of urgency. With Bron and Wade there, it’s understandable. Yet the only thing a reserved Bosh helps is the team Miami faces off against. That, in itself, should be all the motivation needed.

11 Replies to “Chris Bosh: The Hero The Miami Heat Need”