*This will be the first of a series of posts called, "My city's next." Just like in pickup basketball, you've got to call next and earn you keep once you step on the court and, in Chicago, this is just a way of life. Basketball is essential in the City of Wind, and we're going to pay respect by profiling three stars at three different levels of basketball. From high school, to college and to the pros, these hoopers got next.*

Chicago has a long history of producing outstanding basketball talent, especially in the high school ranks. Names like Isiah Thomas, Mark Aguirre, Ben Wilson, Nick Anderson, Tim Hardaway, Bobby Simmons, Quentin Richardson and Derrick Rose all ring bells when it comes to prep hoops in The Chi. But a growing number of folks have begun to murmur that Simeon's Jabari Parker might be the best player ever to come out of the Windy City. Think about that for a minute...

To his credit, Jabari is certainly writing a dope legacy.

DRose is the first player from the Chicago Public League to win back-to-back state championships during his Junior and Senior seasons. Parker accomplished the same feat as a freshman and sophomore. Now, in his junior year, if he can lead the Wolverines to another title and pull off the three-peat, he'd be the first player in the history of the Public League to do so.

Best player ever out of Chicago...that's saying a lot. Especially when he's yet to play a game collegiately or at the professional level. Best “high school” player the City of Chicago has ever produced? Yeah, Jabari will definitely have that title on lock by graduation.

Prior to the summer of 2010, only a handful of basketball people – all located in Chicago – knew who Anthony Davis was.

His high school team, Perspectives Charter, sucked so badly that there was hardly anybody in the stands for games during the basketball season. And for those who did show up, impromptu games of spades would often break out as a necessary diversion to watching how awful the action was on the court.

But after a summer of dominating on the AAU circuit, by the time he began his senior year, everybody in the country knew who Anthony Davis was, and every college in America wanted him. What was once a 6-2 guard had sprouted into a 6-10 phenom with a skillset so vast, he hasn't even scratched the surface of the player he can become.

That's only happened one other time to my knowledge and that player was also from Chicago... Ben Wilson.

So folks in the Bluegrass State better enjoy him while they can, because “AD” is a definite one-and-done in college. Once his time in Kentucky is up, you can look for Anthony Davis to be shaking David Stern's hand as the first name called in the 2012 NBA Draft this June.

It's hard to imagine a kid being a Top 30 prep player, a McDonald's All-American and a star at an ACC program and yet, nobody knows about him. But when your HS class features guys like Brandon Jennings, Kemba Walker, Jrue Holiday, Greg Monroe, DeMar DeRozan and Tyreke Evans, it's easy to get lost in the shuffle.

Sure, he played ball in Suburban Oak-Park, just on the outskirts of the Chicago city limits, but make no mistake: Shumpert is a “Chi” as they come. 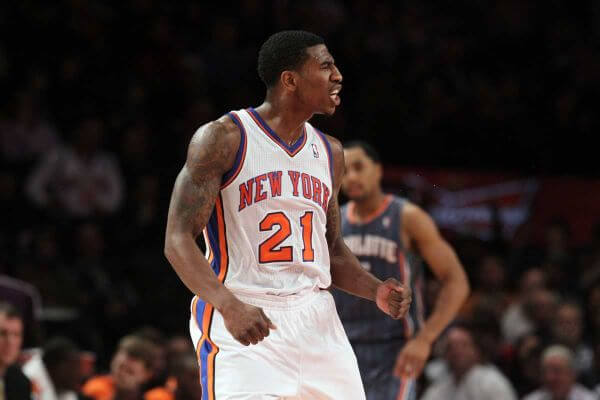 Blessed with size, speed, crazy athleticism and a lock-you-down defensive mentality, Shumpert, drafted 17th overall by the New York Knicks, is quickly laying claim to being the steal of the 2011 NBA Draft and the Big Apple is now home to one of the Windy City's finest.

Despite being injured in his first game as a professional (on opening day, no less), Shumpert's first five games as a pro have been nothing short of phenomenal. How good, you ask? He's relegated Toney Douglas to the pine as the Knicks starting PG and has been anointed as the guy who'll hold it down until Baron Davis comes back from a herniated disk in his back.

Being from Chicago, Shumpert naturally plays with a chip on his shoulder, and getting overlooked in the draft just adds fuel to an already burning fire. These two things will help him fit right in in New York City. It'll also be the reason he quickly becomes a fan favorite.

6 Replies to “Chicago's Next: Three Hoopers Ready To Blow Like The Wind”