The D.C. Metro area is one of the best sports areas in the country. In a positive way, the city gets behind its pro teams should one of them appear poised for a lengthy postseason run. For this post, I'll focus on the Washington Wizards. (Shout out to the Capitals, though.)

The Wizards have won the most regular season games and captured its first division title since the 1970s. There's a serious chance the team could win more than one playoff series. With the Cavaliers looking vulnerable, the Celtics looking like equals and the Raptors being the Raptors, there's more than a small sentiment that maybe—just maybe—the Wizards can do more than just appear in the playoffs.

The irrationality of fanaticism is most prominent in renewed hope after continuous disappointment. While Washington isn't as miserable as Cleveland was or Houston should be; excitement has been snuffed out repeatedly over the past two decades. Yet fans find new reserves of cheer and have the audacity to hope and believe their teams will succeed.

There is nothing wrong with this thinking. However, that thought process allows for above-average moments to be overly-celebrated. It also allows for things like temporary murals to be created and placed in Southeast D.C. 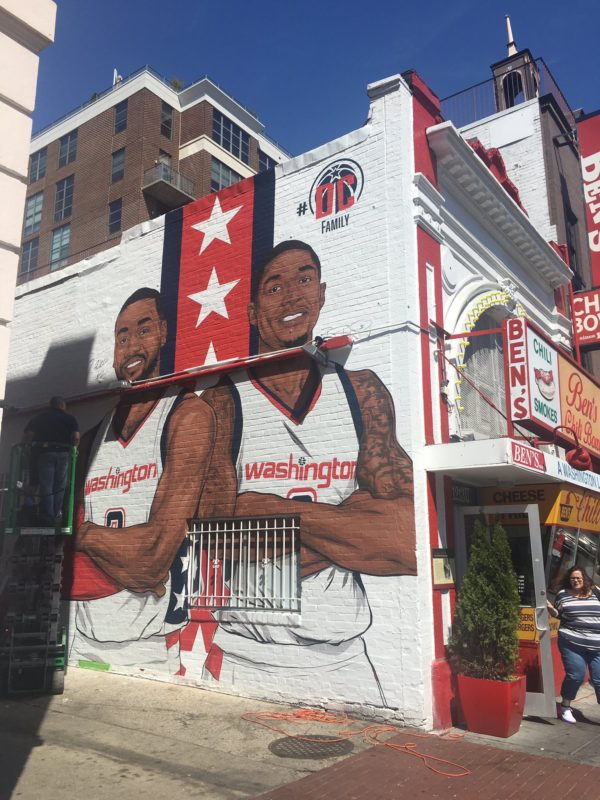 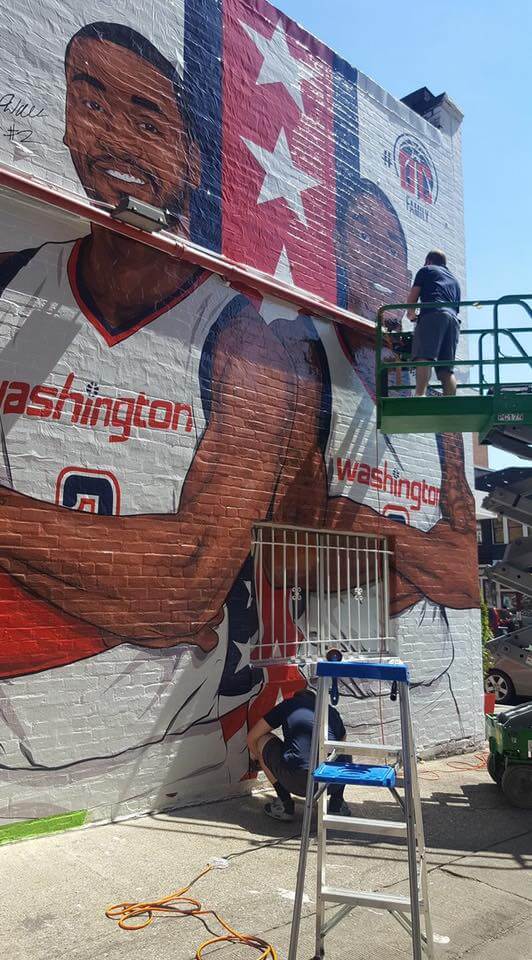 I get it. I get the hope. The hope is a vital part of the escapism sports can bring us. Washington has had its disappointments, and they've happened through some form of implosion, but the repeated falls from contention don't sway the hope. In wrasslin' terms, no matter how many times D.C. is pinned, made to submit and forcibly eliminated by being vaulted over the top rope, the city still believes. This Wizards team gives my hometown area something in which to believe.

I'll check back in mid-May.