February 21 will mark six years since Carmelo Anthony was traded to the New York Knicks. Since the trade, the Knicks (through Feb. 7) have a cumulative record of 212-262, a winning percentage of .446. They have had the same amount of head coaches (four) as playoff appearances (they’ve lost three of those four playoff series). Save for the magical 54-win season of 2013, the marriage of Carmelo Anthony and the New York Knicks has failed.

I say “all” because, in any conflict, there are three sides to every story: your side, their side, and the truth (which usually lies somewhere in the middle). To absolve the Knicks, a franchise that consistently gets in its own way, of any blame would be ridiculous and foolish.

However, when you review the history of Carmelo Anthony in New York, it becomes clear who is the protagonist in this tragedy, and surprisingly, it’s Anthony, not the Knicks. This is because every professional basketball decision Carmelo Anthony has made has been wrong.

(Full disclosure: I am a Knicks fan. I also attended Syracuse University. I was a senior when Anthony was a freshman. Anthony is responsible for one of the 10 happiest days of my life, the 2003 national championship.)

Anthony signs a four-year contract extension instead of a three-year extension, his Brotherhood comrades opt for in the summer of 2006.

During a meeting in 2006, LeBron James, Dwyane Wade, Chris Bosh and Anthony discussed their upcoming free agency. James urged the group to sign three-year contracts instead of the four-year contracts available to them. This would push their free agency up a year to the infamous summer of 2010 and allow them to sign a max-level contract before the owners could impose a player lockout the following summer (to reduce player salaries). Everyone agreed — except Anthony, who signed the four-year deal with the Denver Nuggets anyway, opting for the financial security of the extra year.

Anthony is traded to the New York Knicks for picks, players, an arm, a leg and a lottery-protected first-born son. (I may have made some of this up.)

Fast forward to February 2011, Melo wants out of Denver and into New York badly. He also wants to sign a three-year, $65 million extension just as badly. Unfortunately, that pesky lockout that seemed so far away in 2006 is now a certainty in the upcoming summer (and a new collective bargaining agreement will, in all likelihood, erase the extension). This leads Anthony’s camp to insist that the Knicks trade for him instead of signing him as a free agent for less money (or else he might go to Brooklyn!). Three days before the trade deadline, the Knicks (bidding against themselves) trade Wilson Chandler, Raymond Felton, Danilo Gallinari, Timofey Mozgov, a 2014 first-round pick and the right to swap first round picks in 2016 for Anthony and Chauncey Billups. Anthony promptly signs the extension shortly afterward, and he gets what he wants: a chance to win in New York and the contract extension.

Melo re-signs with the Knicks in the summer of 2014.

MIAMI, FL – MAY 09: Carmelo Anthony #7 of the New York Knicks controls the ball against LeBron James #6 of the Miami Heat in Game Five of the Eastern Conference Quarterfinals during the 2012 NBA Playoffs on May 9, 2012 at American Airlines Arena in Miami, Florida. (Photo by Issac Baldizon/NBAE via Getty Images)

Fast forward to the summer of 2014, and the Knicks are treading water. They come in sixth, seventh, second and ninth in the Eastern Conference from 2011 through 2014, respectively. Their second-place finish in 2013 looks like an absolute outlier. They finished the 2014 season with 37 wins, they have no young talent with star potential, and because of the trade with Denver (combined with the usual Knicks stupidity), no first-round draft picks in 2014 and 2016. The Knicks are in NBA purgatory.

That doesn’t stop Anthony, now a free agent, from signing a five-year, $124 million contract — including the now-infamous full no-trade clause — with a team that is starting a massive rebuilding project in the face. The following season, amidst injuries, a rookie head coach in Derek Fisher and a lack of talent, the Knicks finish 17-65, worst in franchise history.

So let’s recap: because Carmelo Anthony didn’t listen to his friends and took the four-year contract, he potentially costs himself $20 million, money he can only recoup by strong-arming the one team he wants to play for to acquire him by trading valuable assets that effectively limits the team’s ability to improve around him. Then, instead of signing with a contender when becoming a free agent, a 30-year-old Carmelo Anthony decides to sign a five-year contract with a 37-win team with one first-round pick in the next three drafts and limited salary cap flexibility.

To add insult to injury, Anthony signed his deal two years before the great NBA Free Agency Bonanza of 2016, when the salary cap increased 34 percent — a spike EVERYONE knew was coming in 2014. And EVERYONE includes his friend LeBron James, who wisely signed one-year deals (with a one-year player option) in 2014 and 2015 before becoming the highest paid player in the NBA in 2016). Meanwhile, Anthony now makes less money than Bradley Beal.

Every professional basketball decision Anthony has made has been wrong.

Carmelo Anthony will be 33-years-old on May 29. While still a top-15 player, has clearly lost a step. He has two years remaining on his contract following this season. If he wants to win a title, it’s not going to happen with the New York Knicks. The marriage has failed, and everyone can see it. Carmelo, waive your no-trade clause and let the Knicks find a deal that works for everyone. For once, make the right decision.

Shawn Hardie is the editor of seveneighteen (@seveneighteen_) and hosts the Five Questions podcast. The New York City native can be found on Twitter at @shawnwithaW_. 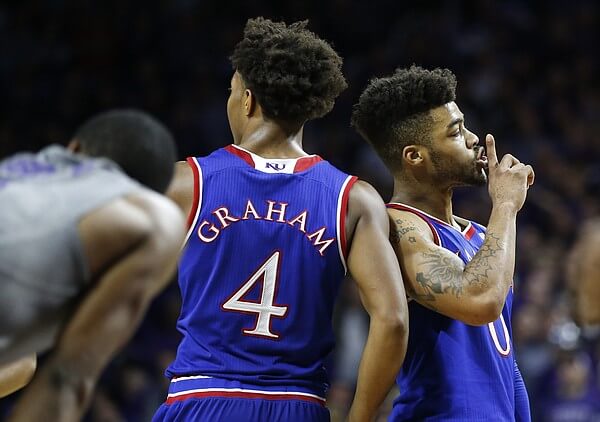