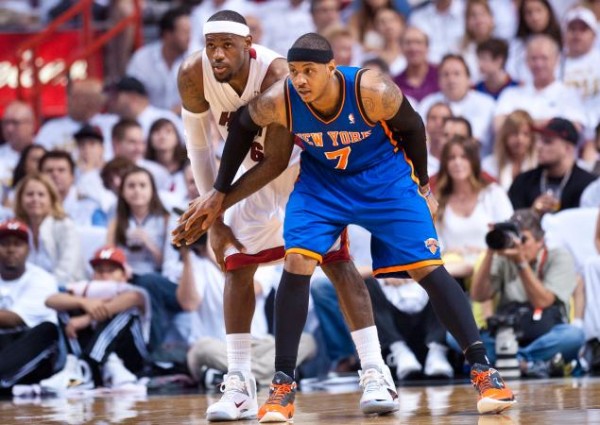 For a long time, it seemed as if the Oklahoma City Thunder was a lock to start winning titles. The same could have been said about the Chicago Bulls a few years ago when Derrick Rose was tearing up the league with explosive play. The New York Knicks made a splash but were never really considered a contender, and the Houston Rockets appeared to be headed in the right direction with the addition of James Harden, Jeremy Lin and Dwight Howard.

All but one of these teams have already been eliminated. Age appears to be catching up to many of the superstars on these squads. The only team listed, without any questions of age, is the Oklahoma City Thunder, who probably wish they could go back to the salary cap drawing board and keep the left-handed assassin James Harden on that roster.

Chicago needs a roster overhaul. Carlos Boozer has been productive, but his best days are behind him. Anything you can get for him right now you take it. If someone offers you a year supply of Gatorade, you make that deal. It’s not that he’s not a solid player, because he is. It’s that he’s run his course with the Bulls.

New York is so locked up in salary for guys who do not produce that you have to wonder how the Knicks can afford to keep any superstars on their roster. Carmelo Anthony decided to play team basketball this year, and as a result he lost more games than anyone could have imagined as the Knicks failed to make the playoffs.

Everyone seems to think that Chicago is the perfect spot for Anthony. Playing alongside Derrick Rose and Joakim Noah seems to make sense. I have to be honest; I can’t see it working out well. Why enter a situation with a player who can’t stay healthy when you only have a few good years left? You just tried that in New York, and it didn’t work out that well for you. Granted, when Derrick Rose was Derrick Rose, he was a top four player in the Association. We haven’t seen that Derrick Rose in a while, and the injury-prone nature of Rose has to have Carmelo thinking it's Amare Stoudemire 2.0. Even without Rose, Melo would be good for the Bulls, but they don’t become a championship team that way.

Honestly, the ideal situation is probably Houston for Carmelo. How ironic is that? Carmelo being paired up with Jeremy Lin again would make New York fans like myself lose their minds. It would be a good fit because Melo and Chandler Parsons in the front court with a center that will clean up their mess on defense is exactly what the Rockets could use. The only concern I have about Melo to the Rockets is expectations. Three alpha males on the same roster would require someone to take a back seat from time to time. I think Howard would be the one likely to concede, but you never know how all those egos would collide. 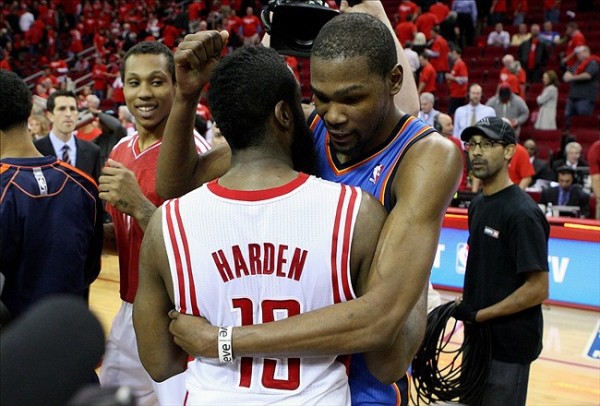 Oklahoma City could use another spark in its lineup. The Thunder need a guy who can be a space eater on defense and offense. They need a big that can command a double team from time to time and open up the perimeter for their dynamic scorers. It’s not likely to happen, but Al Horford would be a perfect fit for the Thunder. His game is versatile enough to make the players on that roster more efficient. Horford would be exactly what the Thunder need to make the next step. If they can’t get Horford, a guy like Joe Johnson would be a perfect addition. Johnson would be that guy who could create match-up nightmares for the opposition in the playoffs in the Western Conference. His size and ability to play in the post or perimeter would change things tremendously for the Thunder. The reality of the situation is that James Harden isn’t walking back through that door anytime soon, and letting Kevin Martin walk for nothing is still causing the Thunder more grief than anyone could have imagined.

Of course, the perfect situation in New York would be LeBron James making the decision to pair up with Melo. We know that for salary reasons it couldn’t happen. It would take a sign and trade that would require the Heat to eat the contracts of Amare, Andrea Bargnani and Tyson Chandler. Miami isn’t going to entertain any of that, so the Knicks have to wait until 2015 — unless, of course, a dominant ball handler decides to defect to New York and convince Melo to stay put.

Someone has to make a bold move. Age is catching up with the Heat and the Spurs, and the Wizards, Blazers and Raptors seem to be the young teams ready to make a splash. Timing is everything in the NBA, and in order to compete, you have to put together a formula that fits. The wealth of role players who can still be relevant enough to make the stars flourish cannot be undervalued.

Several guys are running out of time chasing that dream of an NBA title, and unless time stands still, they will be left wanting or end up in a commercial with Damian Lillard.