I’ll have to admit, that I love to watch the Boston Celtics play basketball.

The Celtics do not pass the eye-test when they enter the gym, but they can play some basketball. Let’s see — you have Isaiah Thomas, who can barely ride rollercoasters at Six Flags, Jared Sullinger, who looks as if he could star for the New England Patriots, and then you have head coach Brad Stevens, who resembles a chemistry professor. The team of unusual characteristics are one of the best in the NBA.

With the Celtics, you get great passing, solid defense, glass-cleaning rebounding, great offense and an unknown element of excitement. Seeing Boston play basketball in unselfish fashion is a thing of beauty, but many have failed to take notice. In an era where NBA players are me-first players, the Celtics are assembled with players who have one common goal, and that is to win.

It may not be Ric Flair-like, but Boston also possess a profound confidence for a young team. In a recent postgame interview with Jay King of MassLive, Sullinger had this to say in regards to an upcoming matchup with the streaking Golden State Warriors:

“They are in the same league as us,” Sullinger said. “They get paid on the first and 15th just like us.”

The underappreciated Celtics team are slowly becoming one of the top teams in the Eastern Conference. As of today, they are the seventh-best team, but they are just one game out of the Atlantic Division lead (trailing the Toronto Raptors) and the possible #3 spot in the East. Not bad for a team that doesn’t have a “star” on their roster. Boston may not have an All-Star on their team, but they do have a team capable of beating you in many ways. Most teams do not have the luxury to go nine or ten deep, but Stevens has that luxury with this team.

Smart and Sullinger are the leaders of the Celtics while rocking frosted blonde fauxhawks. Incredible.

We’ve seen teams this season such as the Chicago Bulls and Milwaukee Bucks underachieve. The criticism of both teams has been pretty non-existent despite the high expectations many pegged onto them prior to the beginning of the season. It’s still early in the season for the tide to change, but where is the accountability?

We’ve witnessed the Bulls build one of the most talented rosters in the league. They have failed to reach expectations all while being perceived as one of the best teams in the East for the past few seasons. Former head coach Tom Thibodeau was ousted in the offseason, and in came the offensive-minded Fred Hoiberg. The Bulls have the roster capable of turning it on, but it hasn’t happened yet. A team with four All-Stars (Derrick Rose, Jimmy Butler, Joakim Noah and Pau Gasol) are too inconsistent on a nightly basis.

The Bucks were regarded as a team on the brink of making some noise in the Eastern Conference. Milwaukee had a promising regular season last year going 41-41, good enough for the 6th seed in the playoffs. After being a tough out against the Bulls in the first round, many figured that success would translate into the next year. Fast forward to this season,  the Bucks are now 9-14, disappointing for a team with a roster brimming with talent. Adding Greg Monroe and a healthy Jabari Parker to a team that has Giannis Antetokounmpo, Khris Middleton, and Michael Carter-Williams it was almost a given that they would be a top-four team in the East, but at rate they are going, it’s highly unlikely.

For teams such as the Bucks and Bulls, the criticism feels subdued. Maybe it’s too early in the season to raise concern. In comparing the two Central Division squads with Boston, though the C’s may have the worst roster out of the group, they have the best record between them.

The truth is that big name free agents will likely skip over Boston, and that’s perfectly fine. Stevens and Ainge are on track to prove that they don’t need a big name to be successful. No team right now in the NBA has done as much as the Celtics have with so much little star power around them. Expert analysts question them on a nightly basis, and they often come up with many reasons why they aren’t great. All while shaking off the criticism they are continuing to fly under the radar and improving game by game. It seems unfair that the Celtics are fighting this uphill battle to prove that they belong amongs the top-tier teams in the league.

They will never be confused with the San Antonio Spurs, Cleveland Cavaliers, or the Golden State Warriors as a championship caliber team. By lacking a true go-to-guy and being dealt with untimely injuries (Marcus Smart right now, Jared Sullinger last season) the Celtics still have some work to do to reach that level. With the stable of draft picks Danny Ainge has in his arsenal, it won’t be long for them to join the ranks of the elite. Respect is earned, and not given, and at this rate, the Boston Celtics will start to be appreciated sooner rather than later.

The Boston Celtics Are The Most Underappreciated Team In The NBA 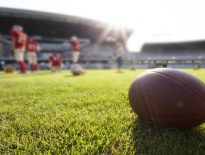 Football Matt Ryan Is No Longer A Franchise Quarterback 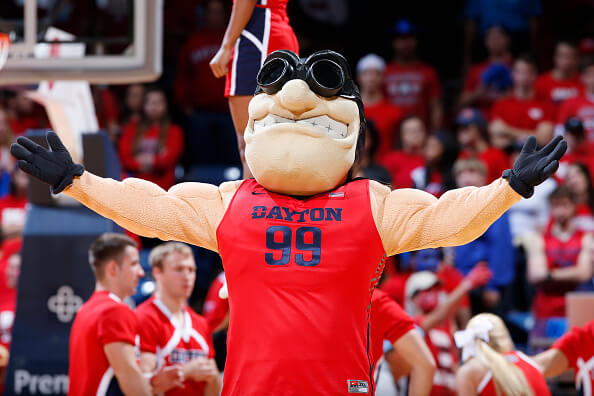 Basketball The Atlantic 10 Might Be The Most Intriguing Confe…
0