“Here’s my knock on Rivers. He thinks he’s Kobe. He’s not. He doesn’t have the length, the height, nor the athletic ability… [Damian] Lillard is a willing passer. Rivers isn’t and will never be… I just don’t see Rivers ever being anywhere near as unselfish or efficient. I think Rivers will be shocked at the athleticism and length at his position.”

These were just a few of the kind words lent to Los Angeles Clippers guard Austin Rivers by Chad Ford in his and Bill Simmons’ mock draft for Grantland in 2012. Friday night pitted that draft’s sixth overall pick in Lillard and 10th overall pick in Rivers against each other in Game 6 between the Los Angeles Clippers and Portland Trail Blazers, an elimination game for Rivers’ club. Quotes such as the one above, among others, fueled the intensity with which Rivers played despite a heartbreaking 105-103 loss that ended the injury-riddled Clippers’ season.

The Clips lost Chris Paul (hand) and Blake Griffin (quad) due to injuries, so it was up to bench role players to put the team on their backs with Los Angeles down 3-2 in the series. Rivers definitely is not new to the playoff limelight, as he had a breakthrough performance in the 2015 Western Conference Semifinals against Houston, where he put up 25 points and six rebounds on 77 percent shooting. He actually had four consecutive double-digit scoring games in that series, but that was his best shooting night by far. In Friday night’s game, Rivers contributed 21 points, six rebounds and eight assists in 32 minutes, but add one more impressive stat to that line: He had one eye.

Rivers took a nasty elbow to the left eye from former teammate Al-Farouq Aminu in the first half and had to receive 11 stitches. Still, somehow, he managed to come back on fire and give the Clippers life off his 14 points in the third quarter alone, despite looking like he went a few rounds with Tommy “The Hitman” Hearns. That performance combined with his post-game realness is why Rivers was my MVP of the night.

Players in today’s NBA get called soft every day. Rivers couldn’t see out of one eye but went out there with the heart and intensity of a star player. He was the only lifeline when the rest of his teammates were relatively quiet. Sixth Man of the Year Jamal Crawford had a monster 22-point first half but could not carry that same consistency in the second half. J.J. Redick added 15 points on 7-12 shooting, but it wasn’t quite enough.

I’ll admit, I was just a bit confused with Rivers as the New Orleans Hornets 10th overall pick. However, that had more to do with position needs than anything. Over time, he won me over, and I felt like Rivers got a bad rap in Nola, where he did not get the veteran leadership and development he needed as a young guard. Playing under his father and learning from Paul were two of the best things that could have happened to him.

There are many things one could say about Rivers, but he never runs from pressure and always plays with heart. Because of this, his teammates respect him, despite what analysts like Ford predicted about him causing a rift with teammates because of being a selfish player.

After the game, a still bleeding Rivers addressed the media and was poignant and honest.

It was this moment, though, after talking about those who counted him out, that Rivers got emotional while discussing how Crawford — a well-respected mentor for so many young guys — believed in him.

Austin Rivers in tears in this post-game presser might be my favorite Austin Rivers moment pic.twitter.com/6ZOnnEn7Mt

Crawford himself gushed about Rivers to reporters after the game, which I think is an incredible compliment. He even cursed for the first time in a press conference to convey how proud he was of his 23-year-old teammate.

“I’ve been so proud of Austin. He probably takes more stuff outside our locker room than anybody else with his dad being the coach and all that. But he played — I’ve never cussed in a press conference — but he played his ass off tonight.”

Crawford continued and echoed Doc Rivers’ sentiment on the young Rivers playing hurt: “You look at his face, it looked like he was in a boxing match. He came back in and gave us everything he had. I couldn’t be more proud of him and his growth. He’ll continue to get better and better.”

What more could you ask for in a compliment? I know Rivers is hurt. He literally left his blood, sweat and tears on that court, while the hopes of a Game 7 vanished with those two points by which the Clippers lost. However, Crawford’s words ring true; Rivers will get better and better. Assuming the team stays as is, he has Crawford, Paul and even fellow Blue Devil vet Redick to mentor him, not to mention a pretty good head coach as a father. On top of that is the chip on his shoulders from being doubted and the work ethic he maintains from genuinely yearning to get better. Plus, this last game left a sour taste in his mouth so it’s safe to say Rivers will be looking for revenge all summer.

He may never turn into an All-Star player, but Rivers showed the heart and toughness anyone could be proud of. 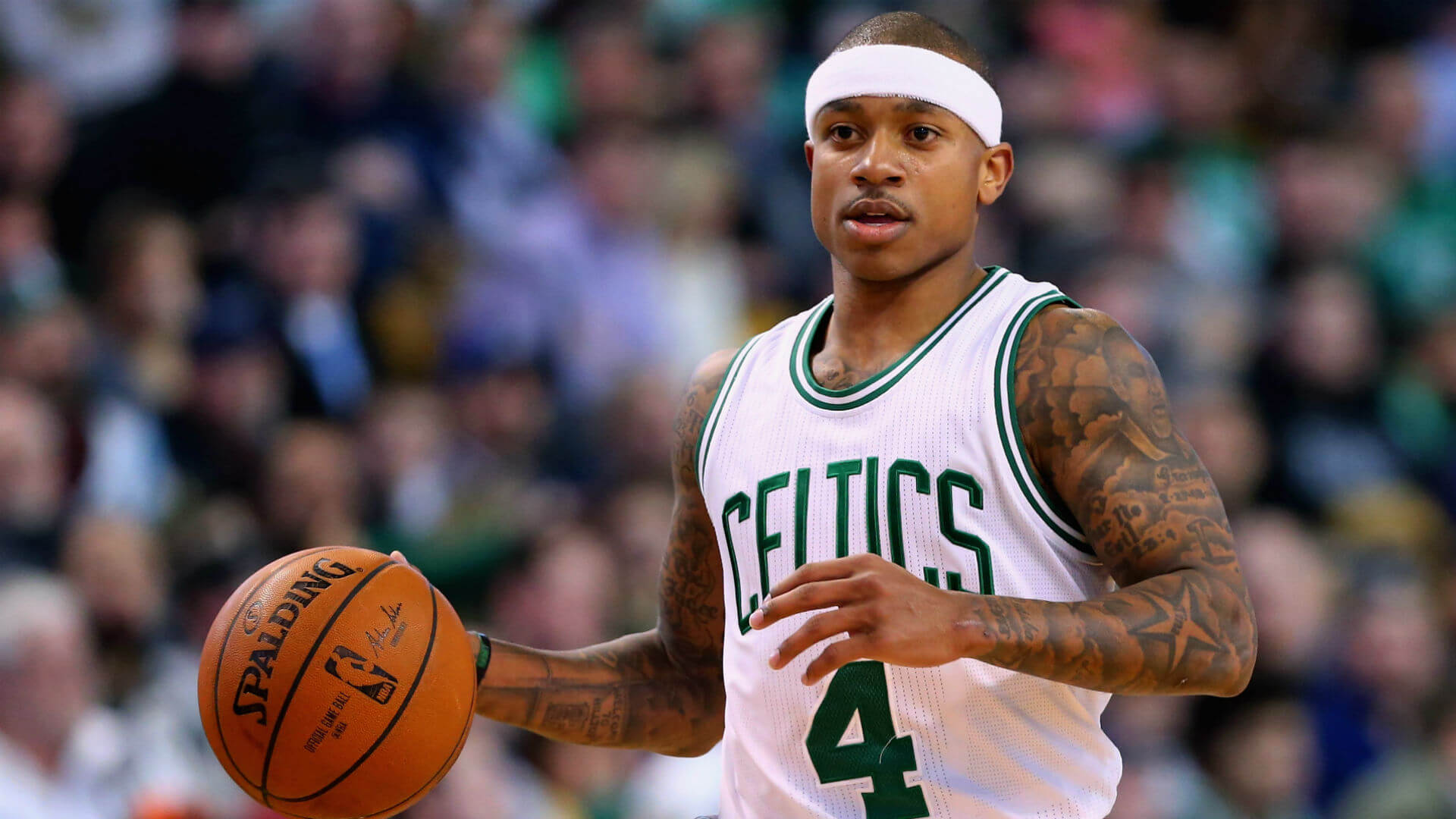 Basketball 10 Reasons To Hop On The Isaiah Thomas Bandwagon
1