Being 40 is young when you aren’t a professional athlete. In KG’s case, it shows that he has given over half of his life to the game of basketball. In my case, it is a reminder that I am one step closer to being washed up. At 29 years of age, I still feel young and spry, but with KG turning 40, it makes me feel older than what I am. Let’s see, for 22 years, I have been a fan of Kevin Garnett. Being at an age where you witness the decline of your sports hero is a tough pill to swallow. With KG knocking on the door to receive an AARP card, it makes me appreciate the 22-year ride that I’ve endured as a fan.

It all began on December 10, 1994.The Chicago Farragut Admirals traveled to Columbus, Ohio to face off against the Columbus Brookhaven Bearcats in a mid-season classic.  My Uncle James (R.I.P) and my Dad were always into sports. We would attend high school basketball game regularly, and watch some of the best local talent. This one high school game we attended had a certain type of buzz that I could hardly understand as an innocent child. All I could remember is that people were excited that the best high school basketball player in the country were coming to my hometown. As expected, he put on a show. I don’t remember everything that occurred in the game, but I remember KG and Ronnie Fields having a dunking spree that resembled my favorite video game at the time: NBA Jam.

While being entertained by the array of highlights on the court, I sat in awe thinking how much I wanted to be like the kid that wore No. 34. Obviously, that never happened, whereas my metabolism and lack of height (I’m 6’2 on paper) didn’t allow me to become Garnett. His intensity was scary, but fun for a kid to witness. Just imagine an 8-year-old watching the high school version of Kevin Garnett up front and center. It was something that was unfathomable to watch. First to see someone that tall as a child is one thing, but to see how he dominated on the court was another. For my benefit, it was good Garnett didn’t have his arsenal of curse words at the time, but there was a lot of yelling. I sat there with my hot dog, chips, drink, and a face that wanted to scream OH S*** as I sat there watching the dominant performance, but I couldn’t, because I was a kid—you know.

The game against Brookhaven is where I felt like this guy was a once in a lifetime talent, and apparently he did too. After finishing 28-2 in his Senior Year, he made the preps to pros jump that was abnormal at that time. Prior to KG skipping college, to go to the NBA it hadn’t been done in twenty years. The decision was frowned upon, Garnett flirted with Michigan and UNC, but he made the jump and never looked back.  The NBA didn’t know what would the skinny kid from Mauldin, South Carolina would be getting into, but Kevin McHale believed that he had found a gold mine.

Midway through Garnett’s rookie year, I was 9 years old. I remember begging my mom for his jersey for Christmas (sorry, I can’t find any pictures). Of Course, Mom dukes made it happen, and I can recall wearing my blue and green Minnesota Timberwolves jersey with the No. 21 etched across my chest with my Concord Jordan XI’s to match (KG wore Jordan’s for most of his rookie season). While all of my friends had the jersey’s of the star players in the NBA, I stood out as I donned the jersey of the kid who made the leap from high school. 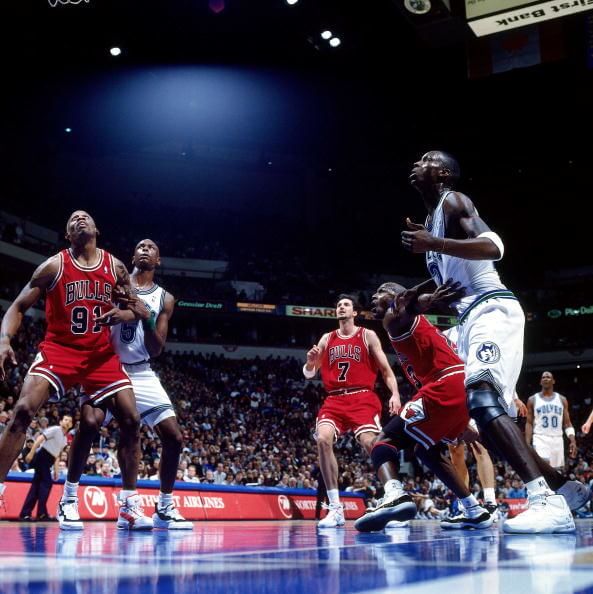 During that time, Garnett was just tapping into his potential as a rookie for the T’Wolves. He didn’t go by the nicknames of “KG” or the “Big Ticket”, he was just “Da Kid.” There wasn’t any screaming, chest pounding, mid-range jumpers or profanity-laced tirades, and he was just someone scratching the surface as a player.

Although he wasn’t an All-Star yet, he became my favorite player in the NBA. In an era where Charles Barkley, Penny Hardaway, Shaquille O’Neal, Grant Hill, Scottie Pippen, and Michael Jordan reigned supreme in the NBA, it was asinine to root for an unknown. It was cool because I felt like I had a personal relationship with him going back to when I first saw him play in high school.
As the years grew my fandom continued and the quiet rookie turned to arguably the best power forward in the NBA. Garnett made his first All-Star game in 1997, a year before another transcendent phenom Kobe Bryant took the basketball world by storm. While Kobe was taking R&B singer Brandy to Sizzlers for prom, KG was making his mark in the NBA, and he wasn’t old enough to have reasonably priced car insurance.

While KG enjoyed individual success, the struggles of team success remained imminent with the T’Wolves. Being a fan of KG, led to me following the Timberwolves closely. I would often ask people why Kevin Garnett doesn’t have help like the other guys in the NBA. I mean—hauling in a pass from Dean Garrett or setting a pick for Darrick Martin didn’t seem like an ideal situation for anyone—not even Clark Kent. After countless of All-Star selections, incumbent teammates, a gold medal, an NBA All-Star Game MVP, and one league MVP, Garnett received a new lease on life as he took his talents to Boston.

After twelve years of blood, sweat, and tears, Garnett received the help that he clamored for as he teamed up with Paul Pierce and Ray Allen. Garnett’s Celtics made it to the NBA Finals twice and he won one championship, and with that ring, he proved that ANYTHING IS POSSIBLE!!

Since leaving Boston, KG made a pit stop in Brooklyn and now that things have come full circle, he is back in the place that took a chance on a skinny kid out of Chicago Farragut High School. In his 20th season, KG didn’t offer many highlights, but the behind scenes tutelage that he is providing in Minnesota to younger players such as Karl-Anthony Towns, Zach LaVine, and Andrew Wiggins has been colossal.

As the NBA players become more worried about their brands and likes on Instagram, guys like Kevin Garnett are a last of a dying breed. While father time is hitting KG with left hooks, the memories of sheer dominance is still everlasting. 22 years have passed since I’ve seen KG first play basketball, and I still have same feelings just as I did many years ago. Except for at this age, I am able to yell OH S****. Although the breathtaking moments are few, far, and between, his impact is still paramount in the game today.

While it is unknown when the KG’s basketball voyage will come to an end, I would like to thank KG for having an everlasting impact on my life from a perspective as a basketball fan. It hurts to see “The Big Ticket” turn 40 and lose his basketball powers as if the Monstars have taken them away, but no matter the circumstances I’ve been along for the ride since day one–well December 10, 1994, to be exact.

Happy Birthday to “The Big Ticket”.

P.S. I am still waiting on my membership to the Official Block Family.

The Big Ticket Goes For 40: We Reminisce On 22-Year Journey Of Kevin Garnett 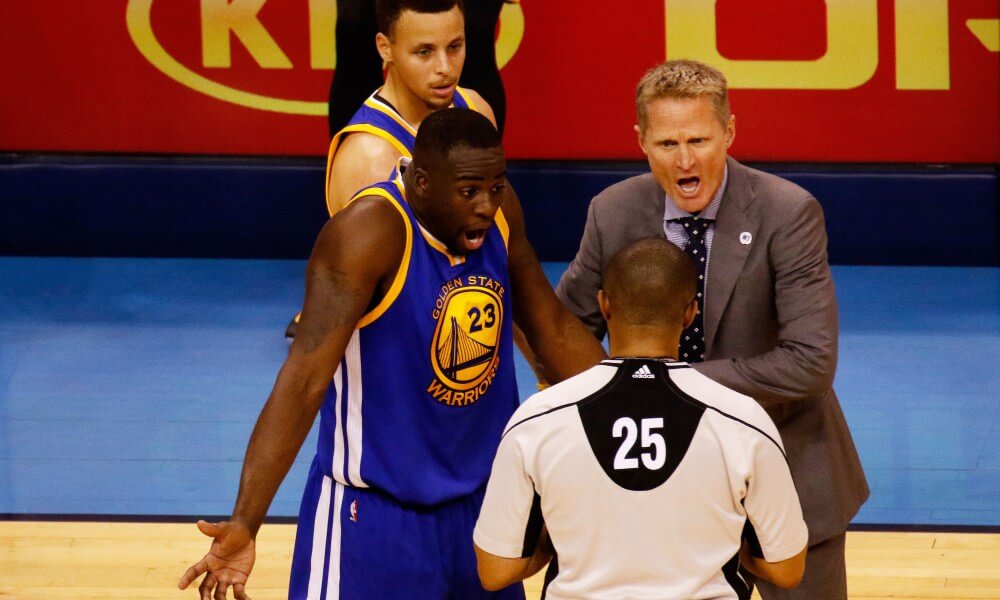 Basketball Suspension Or Not, Draymond Green’s Kick May…
0